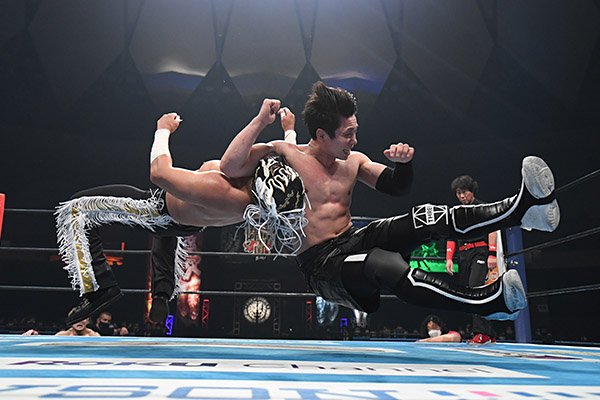 NJPW announced that the IWGP Junior Heavyweight Title Match between El Desperado & YOH has been pulled out from NJPW Wrestling Dontaku Day 2. Changes also has been made to several matches on the show.

It was announced that wrestlers in question are currently undergoing thorough examination and PCR and antibody testing, but the wrestlers were not named in the announcement. Here’s a statement from NJPW about the changes:

One wrestler who was scheduled to appear on today’s Wrestling Dontaku Day 2 card presented with a fever this morning. This individual is currently undergoing thorough examination and PCR and antibody testing.

In addition, another wrestler who has been a part of events since May 1 in Beppu is also undergoing evaluation.

In an abundance of caution, neither will be participating in today’s event.

After careful consultation with New Japan Pro-Wrestling’s medical committee, and in accordance with government rules and procedures, today’s event will proceed; however the following changes have been made to today’s card.

This match has been removed from the card

Every wrestler and staff member involved in today’s event is in full health. We deeply apologise for any inconvenience or concern caused.”