Is WWE Teasing A Bray Wyatt Return In The Extreme Rules Graphics? 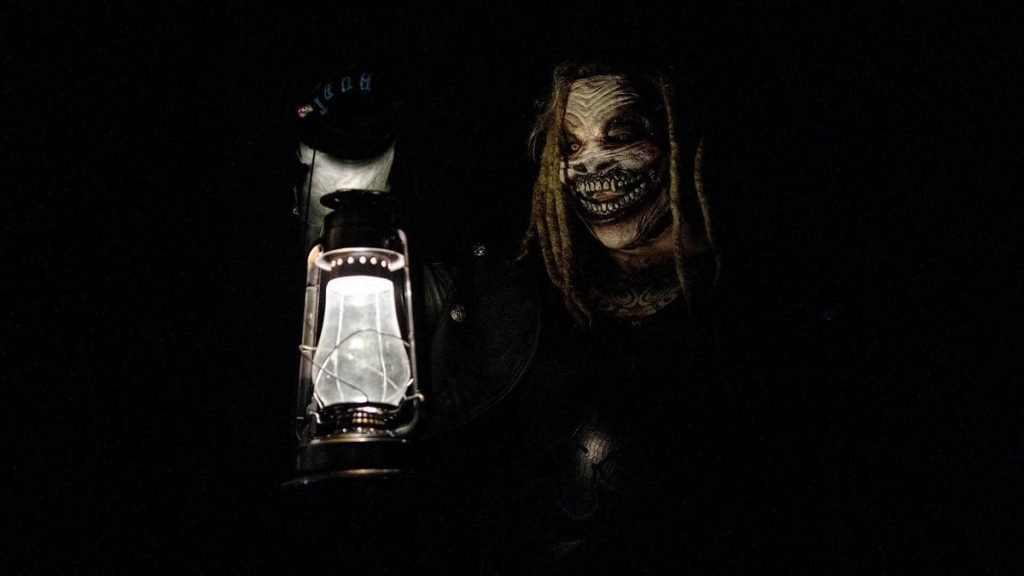 New teaser spotted by fans in the Extreme Rules Graphics is pointing toward Bray Wyatt being behind the ‘White Rabbit’ teasers.

Fans believe they have narrowed it down to the only two possible people that can be behind the ‘White Rabbit’ teasers.

Fans believe they are referring to either Karrion Kross or Bray Wyatt. However the most recent teasers that are appearing seem to be more connected to Bray Wyatt than Karrion Kross.

The WWE is keeping the true meaning behind the ‘White Rabbit’ very tight lipped. There is only a select group of individuals on the inside of the company that actually know what is going on.

This is ensuring that there will be no major spoilers, and keeping everyone on there toes.

Fans have been posting the occurrences across all social media outlets. WWE has not commented or even posted the occurrences, acting as if nothing is truly happening.

The most recent teaser is found in the backgrounds of the Extreme Rules matches graphics. Specifically the Matt Riddle verse Seth Rollins and Rhonda Rousey verse Liv Morgan graphics.

If you look closely you can see fireflies and lanterns pictured behind the superstars.

Fans are linking the fireflies to Bray Wyatt because of the Firefly Fun House. Bray did the segment for almost a year and a half before being released in July of 2021.

Fans associating the lantern with Bray Wyatt because he carried one around for years. The style of the lantern has evolved over the years with his character.

As this week’s episode of Friday Night Smackdown is getting closer, fans are buzzing with anticipation to see what happens next. Fans believe the next teaser will be Friday at 9:23 pm because of the QR code video Monday Night Raw.