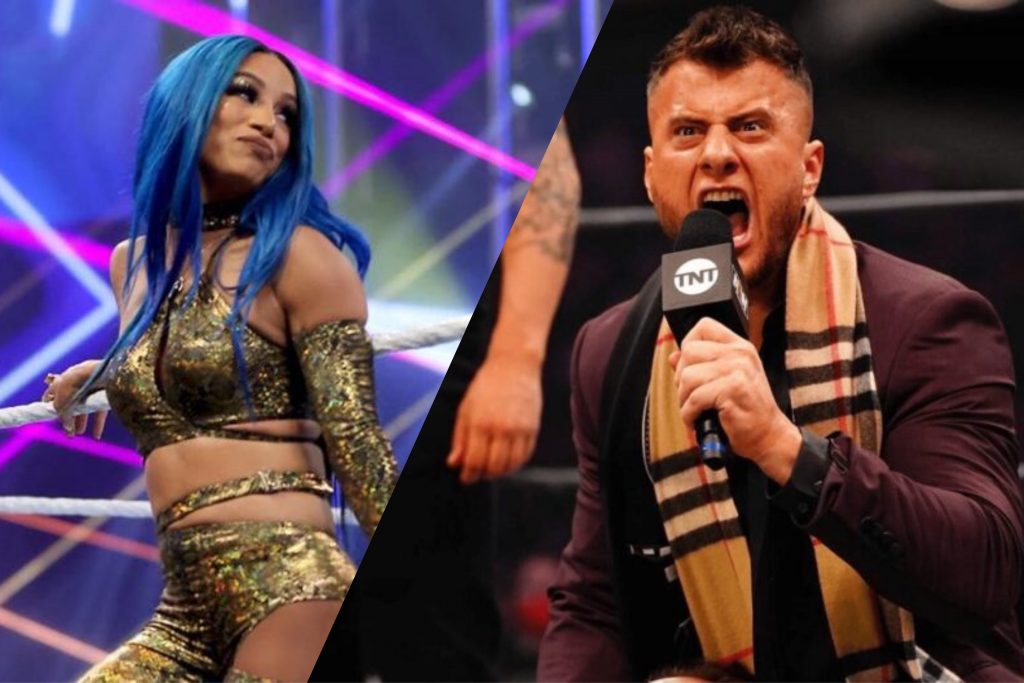 Ask Allison Anything is a series of articles in which fans submit questions for the owner of Wrestling Republic, Ben Allison, to answer.

Welcome to the first edition of Ask Allison Anything. This new series of articles will consist of professional wrestling fans sending in questions of me to answer! Let’s get right into it!

Question: How do you feel about Logan Paul signing with WWE?

Honestly to me it seems like a great move from WWE. Admittedly while I haven’t the slightest idea how much Logan Paul will be earning in WWE, and I expect it is a hefty amount, I still think the move will benefit WWE greatly. Paul’s social media insights are ridiculously high, and he has succeeded in every industry he has entered.

WWE will also be aware about how many people watched his debut match at WrestleMania this past March, so it’s not like they are signing someone with no idea if they will draw in the company.

While Logan Paul was training for his WrestleMania encounter, almost everyone he trained with gave him praise and claimed he was a natural.

The one concern I do have is their approach of booking him as a Babyface. I don’t think there’s a single way in which he will be able to get over as a fan favourite, at least in his first couple of years in the business, due to his past. However after a couple of years, if he continues to perform well,, perhaps he will earn the fans respect.

Question: What are your thoughts on the MJF storyline and where do you think it’s heading?

I really feel like AEW missed a golden opportunity to have MJF become the Interim AEW World Champion while Punk is away. I presume they didn’t want to risk increasing MJF’s worth when his contract expires in less than 18 months.

With that being said, this entire storyline is undoubtedly increasing his worth anyway. It’s honestly one of the most intriguing yet confusing storylines in recent professional wrestling history, blurring the lines between Kayfabe and reality.

Just to make it clear, while it is indeed true that MJF has issues with his AEW contract, his ‘pipebomb’ promo on Tony Khan was undoubtedly scripted.

However this does come back to the question about where it could go from here. It’s not like Tony Khan is an on screen character that MJF could return and screw over. It’s a difficult one.

I will say this though, if MJF isn’t the one to beat Punk for the AEW Championship, it’s a missed opportunity to make a star.

In terms of interest from WWE, it’s there. I have heard from those inside the company that the situation didn’t put them off MJF, and likely would have made a move for him if he was released following Double Or Nothing.

However, while I do know the interest in MJF is there from WWE, I don’t know the extent of it. If WWE really wants MJF, they’d win a bidding war. Though the question is are they really that interested to pay him more than he’d otherwise be worth, just to win a bidding war for him? I guess time will tell.

Anyhow, at this moment in time it seems like MJF will still be with AEW until at least 2024.

Question: What is happening with Sasha Banks and is she going to AEW?

The Sasha Banks situation seems more confusing by the day. Raj Giri of WrestlingInc is insisting she has been granted her release, however no other top journalists within wrestling have confirmed this.

To make matters even more confusing, someone within WWE, who usually is spot on when it comes to releases, is insisting she is still with the company as of yesterday.

To me it seems like Banks lawyers are working on getting her a release from the company, and perhaps have already agreed it, but are now just waiting for it to be granted. I know a few within the company still are expecting her and WWE to sort out their issues and for her to carry out the remainder of her contract

The chances of Sasha Banks going to AEW is highly unlikely. Over the past year Banks has consistently stated she plans to leave wrestling soon and go in to acting, something which she went into detail about on the Impaulsive podcast. It’s also doubtful AEW could even meet half the wage demands that Banks wants, so the chances of them persuading her to stay in wrestling are slim to none. The expectation of most within the industry is ‘she’s done’.

I’ve also been told that as of right now the hope on both sides is for Naomi to return to WWE once her indefinite suspension has been completed.

Question: Is it difficult to lead Wrestling Republic?

I absolutely love running Wrestling Republic, however truthfully at times it can become stressful, and usually a couple of times a year I get sick of wrestling for a couple of weeks because of it.

As Wrestling Republic isn’t currently earning much money, it’s just something I should be doing in my spare time. The reality is that I end up working on it for around 5 hours every day.

Another issue is the amount of politics within wrestling. We’ve been taken off media lists just because writers have stated their personal opinion and companies haven’t liked it. I’ve also spoken to some of my favourite wrestlers of all time and realised they aren’t great people, and heard stories I’d rather not have heard.

With that being said, I do still love it and I appreciate everyone who helps to create content for Wrestling Republic so much. Of course we also couldn’t do any of this without our followers and readers, you all make it possible!

The difficulty is, I’m only 19 years old, and I’m competing against businesses ran by people twice my age with a much larger financial backing…and in some cases deals with wrestling promotions. It means we have to work harder than them, but I’m hopeful in this vision!

I mentioned this on Instagram the other day and someone messaged the account saying “don’t ever give up on your dreams! it’s like daniel bryan said “if you fight for your dreams… your dreams will fight for you!” And we certainly aren’t going to be giving up!

That marks the end of this first edition of ‘Ask Allison Anything’. Thank you for taking the time out of your day to read! If you’d like to send in a question to be answered in the next one, email it to wrestlingrepublic@gmail.com