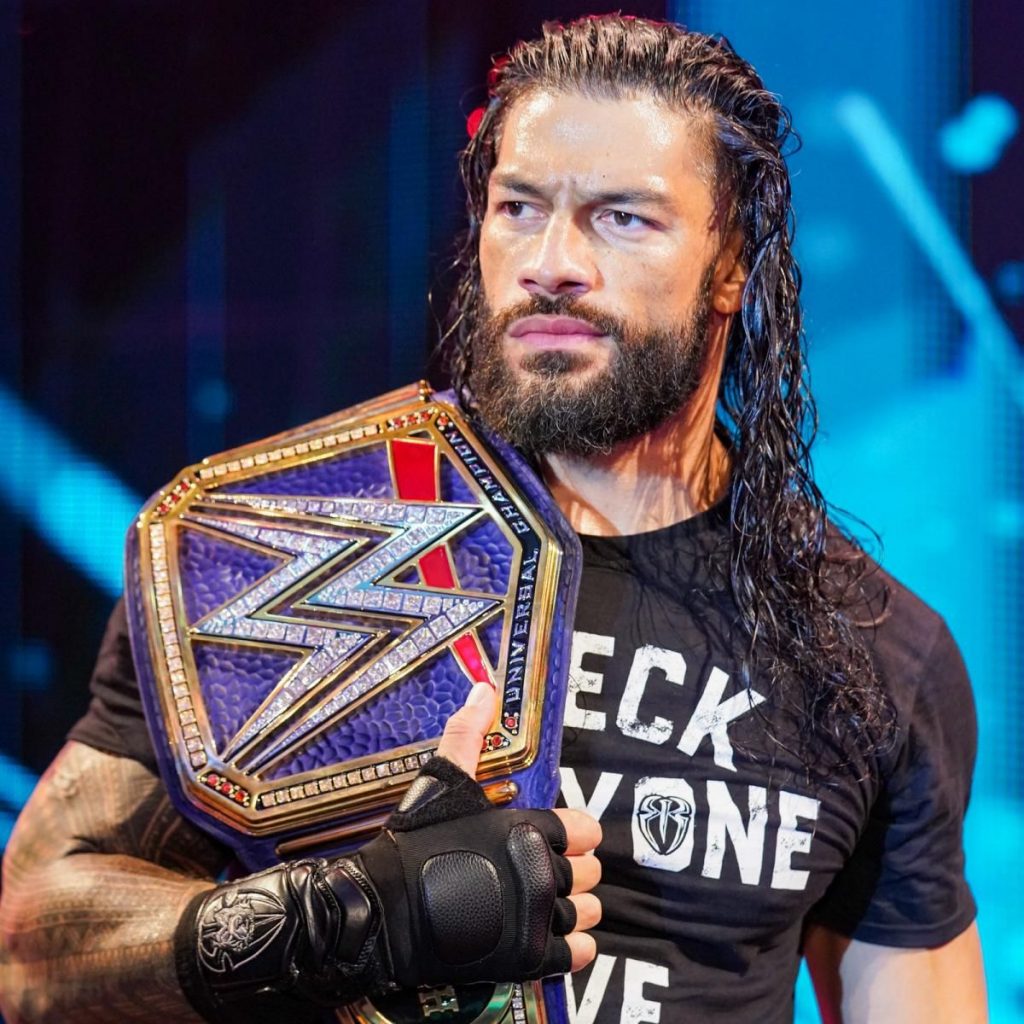 Hello and welcome to the first in a new series of articles I’ll be writing for Wrestling Republic. “Introducing…” is intended to  provide a resource for new and long term wrestling fans. Every Sunday, I’ll write an article about a wrestler. I’ll summarise their career, their gimmick and their wrestling style, as well as anything else I think you should know. If you’re a new wrestling fan, or looking to get someone into wrestling, this is definitely the series for you!

I thought I’d start things off with one of the most recognisable and popular stars of wrestling today. Smackdown’s top heel, one of WWE’s most recognisable stars and the current Universal Champion, Roman Reigns.

Company/Promotion: WWE (performs on the Smackdown brand as of August 2021)

Faction (if applicable): The Bloodline

Nickname: “The Tribal Chief,” or “The Head of the Table.”

After a brief dalliance with American Football, Reigns signed with WWE in 2010. Although initially wrestling in Florida Championship Wrestling under the name Roman Leakee, he introduced the name Roman Reigns in NXT in 2012. In November of that year, Reigns, along with Seth Rollins and Dean Ambrose debuted on the main WWE roster. The trio dubbed themselves The Shield, and quickly became one of the most popular acts in WWE at the time. Reigns served as the group’s heavy hitter holding the WWE Tag Team Championships with Rollins.

However, all good things must come to an end. Seth Rollins betrayed the Shield in June 2014. From that point, Roman Reigns was pushed as a major babyface, seemingly replacing John Cena as the “face of WWE.” This led to a substantial fan backlash, with boos and “Roman Sucks,” chants increasingly common. Most notably, a protracted feud with Brock Lesnar and being porttayed as the man who “retired,” the beloved Undertaker led to Reigns drawing more heat than most of the heels in WWE.

As well as problems in his professional life, Reigns faced a battle against leukaemia. In 2007, he had been diagnosed prior to his football career, but had entered remission in 2009. However, by 2018, his health had worsened again. Roman Reigns went on hiatus from October of 2018 to February 2019.

When he returned, Reigns was cheered again. Even the most ardent haters weren’t going to boo a leukaemia survivor. As well as this, WWE moved him away from the title picture, whilst still pushing him as a babyface. This allowed Roman to get over with crowds without it feeling like he was being pushed down fans’ throats. The Covid-19 pandemic put the brakes on this momentum, however. Due to his immunocompromised status, Roman Reigns opted to sit out much of the early pandemic era. His return at Summerslam 2020 also saw him turn heel for the first time in 2020, introducing the Tribal Chief character. With his new persona, Reigns defeated Braun Strowman and The Fiend to win the Universal Championship, which he holds to this day.

Roman Reigns is a narcissistic heel, who is only interested in looking after himself and his Samoan family. His real-life wrestling lineage as a member of the Anoa’i family (who also count the Rock and the Usos as members) bleeds into this gimmick. A skilled manipulator, Roman, along with his manager and chief sycophant Paul Heyman, manipulated Jimmy and Jey Uso to join him in forming “The Bloodline.” Combining emotional abuse, gaslighting and threats of violence, Roman maintains his place as the Head of the Table through force of will and violence. He offers the WWE Universe and roster a choice. Acknowledge him or fall by his hands.

Roman Reigns wrestles what I call a powerhouse style. Big moves, slams and strikes are his specialty. He looks to defeat his opponents by overpowering them before either hitting the Spear, or choking them out. When watching a Roman Reigns match, watch for his taunts. He normally roars before executing a Spear, and “cocks,” his elbow before a Superman Punch.

The Shield vs Randy Orton, Sheamus and The Big Show (Wrestlemania 29)

The Shield vs The Wyatt Family (Elimination Chamber 2014)

Any one of his matches since turning heel- They’ve all been a cut above anything he did as a face.

So, there you have it! Let me know who you’d like me to “introduce,” next!