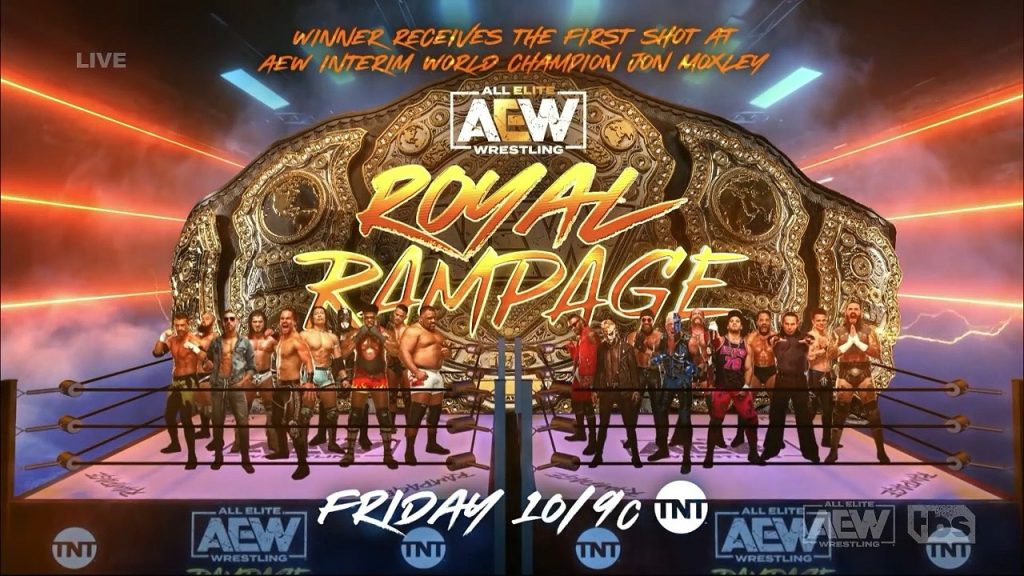 Three matches have been announced for the July 1 episode of AEW Rampage.

First, a 20-Man Battle Royale dubbed Royal Rampage will take place for the first time. The winner will earn the first shot at Jon Moxley and the Interim AEW World Championship. They will get the title in a future AEW show. All 20 participants have already been announced. Additionally, Nyla Rose will face Toni Storm in a singles competition. Finally, the Forbidden Door opens back up as The Young Bucks defend their AEW Tag Team Titles against NJPW’s Hirooki Goto and YOSHI-HASHI.

The updated lineup for Friday’s show can be seen below.