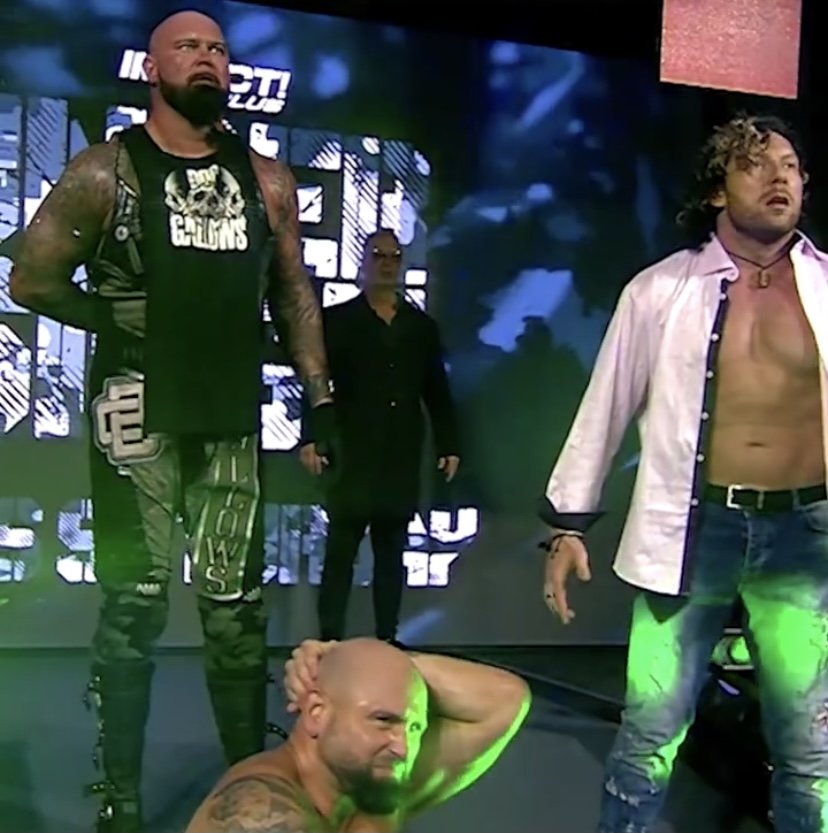 With Under Siege just a couple of days away, Impact looks to make the most of their go home show by using it to create numbers one contenders for a couple of the titles.

GOOD: Havok defeated Rosemary to become the number one contender for the Knockouts Championship in a good match.

GREAT: An awesome backstage segment with Violent By Design was shown where Eric Young discussed how the only thing in life that is guaranteed is change. This was so good & this group has thrived together.

GREAT: A really funny backstage segment including XXXL, Austin & Madman Fulton, Raju & Shera, & TJP & Petey Williams arguing about who should be the number one contenders for the tag team championships. This ended with Williams pretending to start Steiner math which scared everyone away.

AVERAGE: David Finlay defeated Karl Anderson by dq in a match that was just starting to get good before Kenny Omega caused a dq.

A pretty good show, highlighted by a very fun X-Division Scramble & entertaining main event. It was nice to see the women get to shine, and considering Deonna has been in Impact for almost a year and has not faced Havok, I am looking forward to that one. Under Siege should be very entertaining.