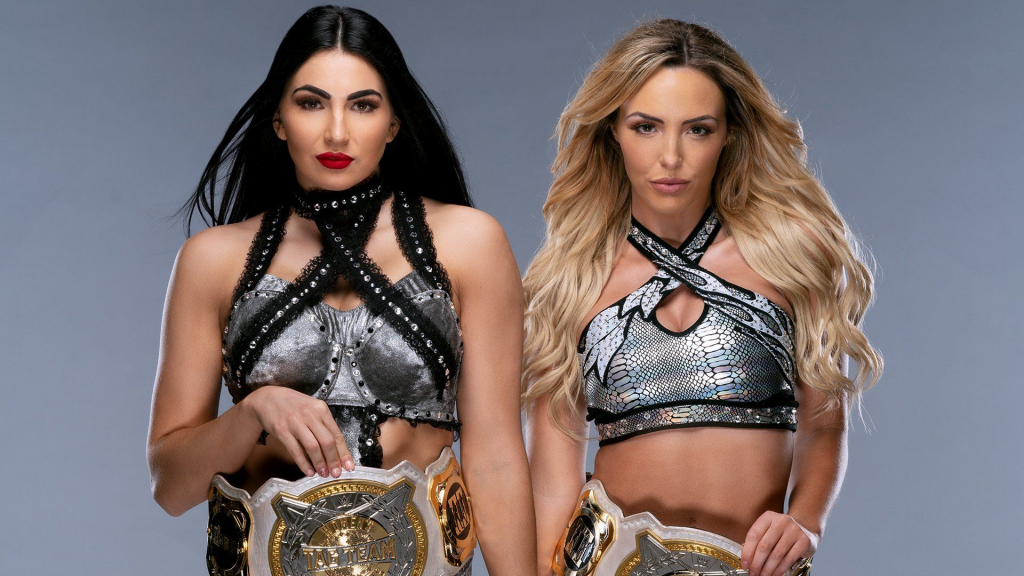 Billie Kay and Peyton Royce, the former IIconics in WWE have filed a trademark for what appears to be their new tag team name; The IInspiration.

The two Australians seemed to have it good in WWE, becoming only the second team to win the WWE Women’s Tag Team Championships.

But after losing the titles they disappear for a long time. Returning in May of last year, it wasn’t long before they were broken up and drafted to different shows.

It was obvious to all the break up was unnecessary and didn’t help either of them, but it was still a shock when they were both part of the first batch of releases this April.

Since being released the two have started their own podcast, Off Her Chops. Where they have made it clear no matter where they end up, they’re a package deal.

With Impact recently bringing back the Knockout Tag Team titles, NWA having their own all women PPV, and one of them being married to an AEW star, it seems all doors are open for The IInspiration.