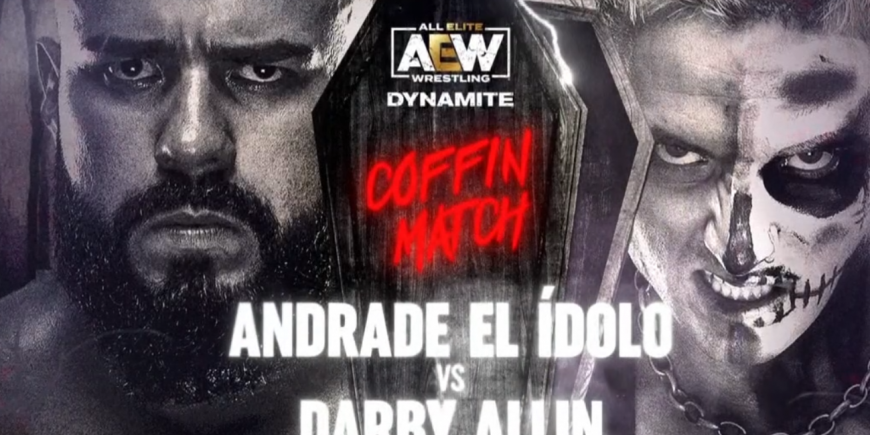 Next week’s episode of AEW Dynamite will feature the company’s second Coffin Match, continuations of the men’s and women’s Owen Hart Foundation Cup Tournament, another announcement from Tony Khan, and more.

Also, for the first time on Dynamite, Hook will be in action on Dynamite.

After another round of interference cost MJF a win over Shawn Dean on Dynamite, Wardlow will be in action against The Butcher. Wardlow is pushing to be let out of his contract with MJF, but MJF refuses to do so.

The night will be capped off by a Coffin Match between Darby Allin and Andrade. Darby won the only other coffin match in company history against Ethan Page in the summer of 2021 on Dynamite.

– Wardlow vs. The Butcher
– Tony Khan makes another huge announcement