Hook Vs JD Drake, And More Set for AEW Rampage 5/6 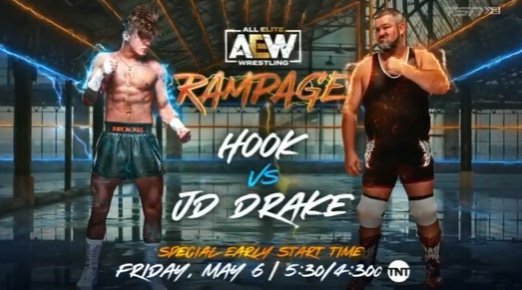 The May 6 episode of AEW Rampage adds four matches.

In addition to the two already announced matches, Jay Lethal has called out Konosuke Takeshita and will face the him this Friday. He’ll need to watch his back, though, as Samoa Joe has promised that he is coming for Lethal.

Additionally, HOOK’s opponent for Rampage was revealed to be JD Drake. As of late, HOOK has been dealing with Danhausen trying to curse him and Tony Nese trying to steal his spotlight.