Honestly: You Should Watch The Briscoes 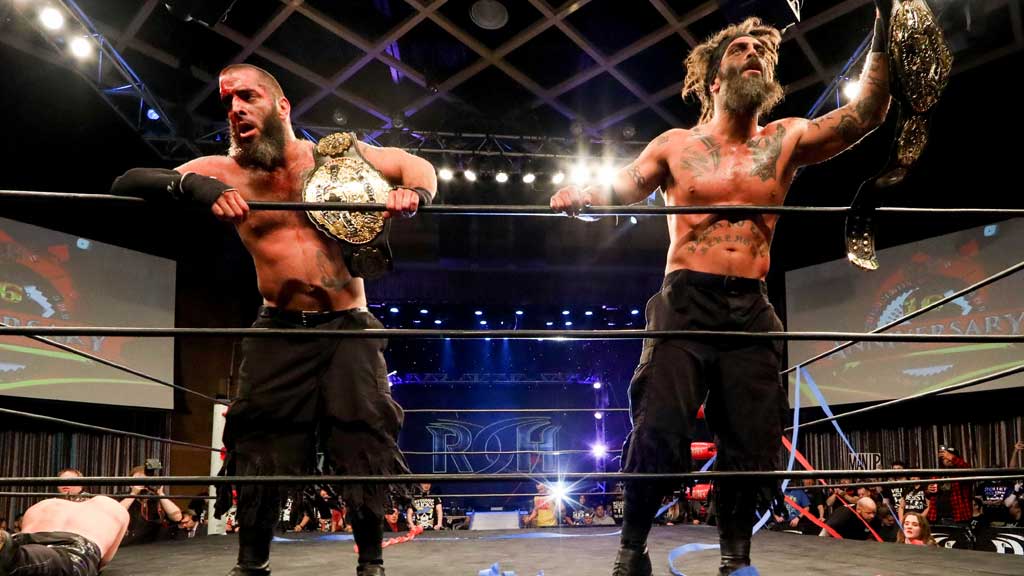 Tag-team wrestling occupies a special place in my heart. The first match I ever watched was The Shield vs Randy Orton. Sheamus and the Big Show, and since then, I’ve enjoyed tag matches from around the world. However, one tag team I’d never watched, despite hearing constant good things, were the Briscoe Brothers. Two mainstays of Ring of Honor, Jay and Mark Briscoe have been wrestling together longer than I’ve been alive. Having done my research and watched some of their greatest bouts, I thought I should pay tribute to one of the best tag teams in the world today.

Slight disclaimer, this article isn’t for those who are already devout fans of Dem Boys. This is more for those who want an introduction to the Briscoes.

Who Even Are The Briscoes?

Mark and Jamin “Jay,” Pugh are two chicken farmers from Sandy Fork, Delaware. Yes, unlike so many “sibling,” tag teams, the Briscoes are actually brothers. Together as the Briscoe Brothers, or just The Briscoes, they have held the ROH tag titles 11 times. This makes them Ring of Honor’s most successful tag team ever.

At first glance, the Briscoes certainly look unique. Jay (long hair) and Mark (missing front teeth) certainly don’t resemble your average highly polished tag team. As “The Masters of the 20-Count,” they have a propensity for brawling outside the ring and using weapons. So you’d be forgiven for thinking that Dem Boys are just old-school brawlers…until they start throwing dropkicks and hurricanranas. The sudden shifts between brawling and high-flying, as well as top tier psychology and ring work, make Briscoe matches so engrossing to watch.

But, in-ring action is not the only thing that counts in the modern professional wrestling landscape. The truth is, Mark and Jay are some of the most entertaining characters that I’ve ever watched. Whether it be their promos, segments at the Farm or simply the existence of Papa Briscoe (who steals every scene he’s in), I find myself watching more and more. In an era where so many characters are serious and morose, watching two redneck chicken farmers scream into a camera is oddly reassuring. It reminds me that wrestling is still an entertainment business, at a time where we all need entertainment.

So, there you have it. The Briscoes are a team who are absolutely worth checking out. Not only are they awesome in ring, but they’re entertaining in a way few others are as well. Now is in fact probably the best time to start following them. After an angle centring around dissension and disagreement between the brothers, they settled their differences in truly epic fashion during a “Fight at the Farm,” cinematic brawl. Now they’re back on the same page, Mark and Jay are setting out to recapture the ROH tag team titles. However, Papa Briscoe has insisted they “start from the bottom,” and grind their way to earn their shot. Will the Briscoes achieve their goals? We’ll have to wait and see!