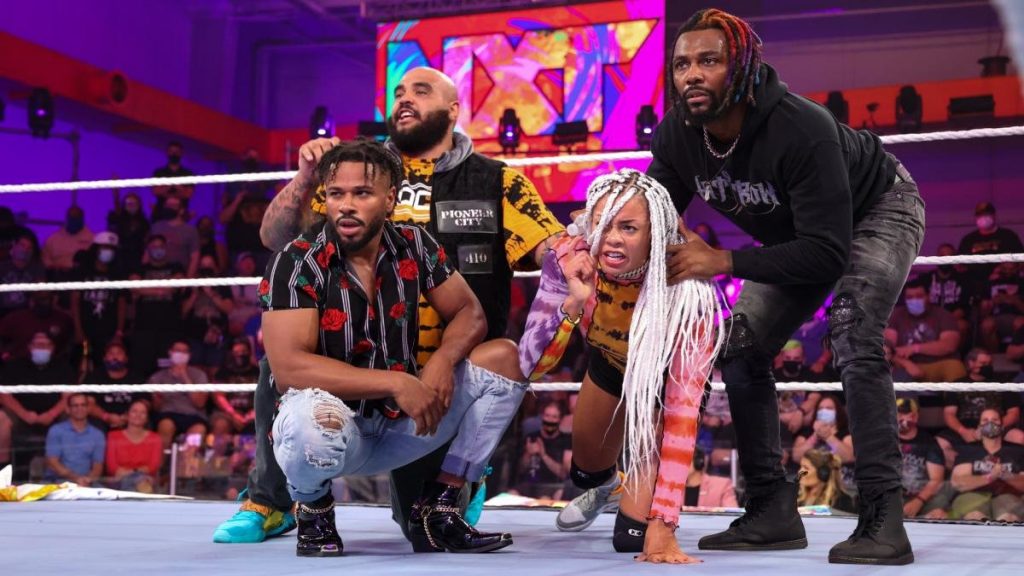 These WWE cuts have become a regular occurrence in recent memory, as 80 wrestlers have been released in 2021 and well over 100 since WrestleMania 36. At face value, these releases are sad and a horrible blow to the released talent that work hard to entertain the fans and make a living. The deeper you look, the more disgusting these releases become.

The reason given by WWE for these releases are framed as budget cuts. However, this reason lacks logic and authenticity, as WWE has pulled in record profits during the third quarter of 2021. Touting record earnings while also mass releasing your talents is at best morally questionable.

Another issue is that these cuts come out of nowhere and make no sense when it comes to on screen storylines. Malaki Black (f.k.a. Aleister Black) was released when he was being brought back onto TV. Black was in the middle of his new gimmick and gaining traction on Smackdown, but was released and ignored as nothing happened. Hit Row was one of NXT’s hottest acts, were brought up in the draft, and prepped for a push on Smackdown. B-Fab signed a new deal with WWE shortly after being called up, but was fired a week later. The rest of Hit Row have now officially been let go, ending their short but exciting run.

These cuts make the most sense from a business perspective, with rumors of a sale making the rounds. Despite these attempts to cut costs, they are choosing wrestlers who have smaller contracts compared to the larger named talents on the roster. WWE are also releasing people who make them money by selling merch, with names like Bray Wyatt, Keith Lee, and John Morrison.

One of the many negatives coming from these cuts are the relationships with the wrestlers. WWE are willing to bypass feelings in order to cut more wrestlers, releasing Mia Yim while she was sick, sending Mickie James’ belongings in a trash bag, and releasing Taya Valkyrie while her husband, John Morrison, was on the UK tour. While all speculation, it is not encouraging to resign with WWE as they are releasing your colleagues with regularity and showing no remorse. WWE have been unable to keep talents like Adam Cole and Bryan Danielson when they were resigning, jumping ship to their biggest rivals. Looking at other wrestlers with expiring contracts like Kevin Owens, Johnny Gargano, and Kyle O’Reilly, there is very little incentive to resign with WWE outside of purely money.

Despite all the aforementioned issues, the biggest outrage still comes from the fans. Some of the releases have been fan favorites with wrestlers like Keith Lee, John Morrison, Bray Wyatt, among many more. The audience is ultimately the ones who will decide whether or not to watch, and more fans continue to tune out each week.

With all these new releases and wrestlers elevating their stocks in other companies, the wrestling landscape is starting to change. WWE has shown a continued ignorance towards their audience, AEW, Impact, and New Japan have already signed several of these wrestlers as these promotions continue to pick up steam. These releases also come with Ring of Honor releasing all of their wrestlers, adding a wave of available talent to the market. The Indies will see another boom period with these established stars hitting the market again as the fans look to follow their favorite stars in new places.

WWE appear to have shot themselves in the foot with these cuts, continuing to lose their stranglehold on the wrestling market. Another wrestling boom period may be in the books, and it will be led by released wrestlers with a massive chip on their shoulders.