Honestly: WWE Should Keep Becky Lynch As A Heel 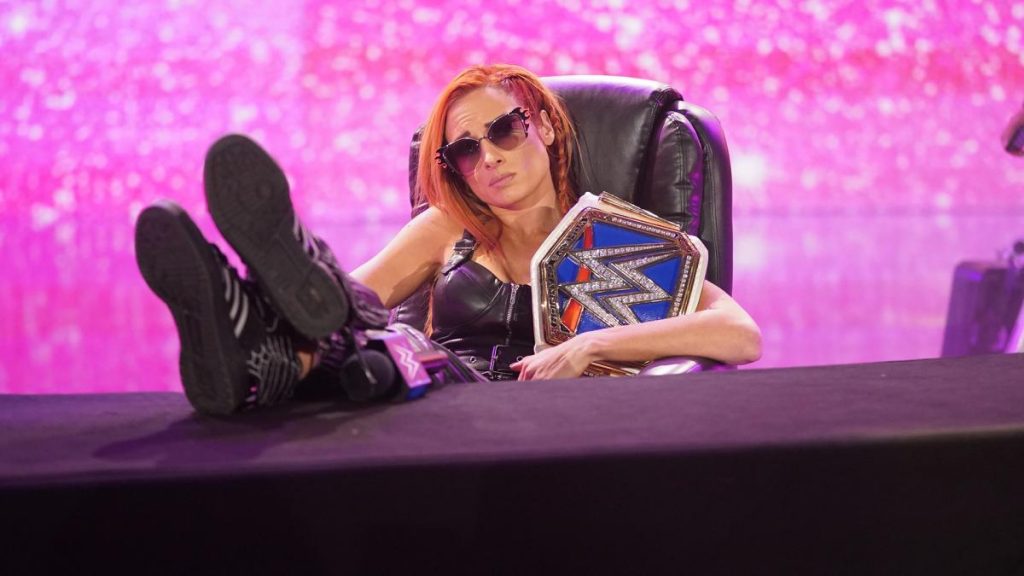 Since returning back to WWE at Summerslam, WWE went the route of turning Becky Lynch heel and some people didn’t think it would work, mainly because of how loved she is by the WWE universe.

But it has worked very well and this is why if WWE is considering making her a face again then they should rethink this and keep her as a heel.

I wasn’t sure about the idea of WWE turning Lynch heel as I personally didn’t think it would work after they tried to do something similar in 2018, however I was very wrong and not only has this shown how good and how versatile of a sports entertainer The Man is, but it has also helped make Bianca Belair into an even bigger star than she already is. This has of course worked in big thanks to how good of a face Belair is but Lynch has shown that she is one of the few wrestlers that can work incredibly well as a face and a heel.

One big reason for this working is The Man’s promos as a heel. As I have mentioned before in this article, the main reason that this heel turn could have failed is because of how popular she is with the WWE fans, what has helped massively with this is her promos. If you look at her promos in 2018 they weren’t typical heel promos, but this time it’s different, if you don’t know what I mean by this it is essentially giving the fans a reason to cheer for the babyface. This time she has done that so well and it sounds like such a simple thing to do but a lot of wrestlers struggle doing this when they attempt to be a heel.

This has been perfect having Lynch be the character that wants to be at the top and doesn’t care who she has to beat to stay there. I think this ties in well with her The Man character, this means she hasn’t actually needed to adapt her character that much really, just things like her promos and how she acts during matches.

Why should she stay as a heel on RAW?

This is the main reason I have created this article. There is so much great talent on RAW that Big Time Becks can have fun rivalries with and a lot of these talents can work very well as a face opposite to Lynch’s heel character.

The Man can continue her rivalry with Belair, as there hasn’t really been an ending to this rivalry yet. There is also the opportunity for Lynch to face off with Asuka when the Empress of Tomorrow returns from injury, who she has unfinished business with.

This can even mean that some younger talent will be able to have a chance to work with a star like Lynch, such as Nox, Doudrop and even Rhea Ripley who I know is already a star in WWE but a Wrestlemania worthy matchup with The Man can take her to another level in the women’s division like it has done with Belair.

If you have Lynch hang on to the title until Wrestlemania then there is a great chance to have someone that the WWE universe wants to see win a Women’s Championship in WWE like Liv Morgan or Ripley have a spotlight on the biggest stage.

So having Lynch stay as a heel champion is perfect for WWE in my opinion because it means people are interested to see who can finally dethrone Lynch as champion and you can give someone like Morgan or Ripley that big pop from the fans if WWE goes with the route of one of those two winning the championship from Big Time Becks.