Honestly: WWE Should Be Careful Booking The Judgment Day 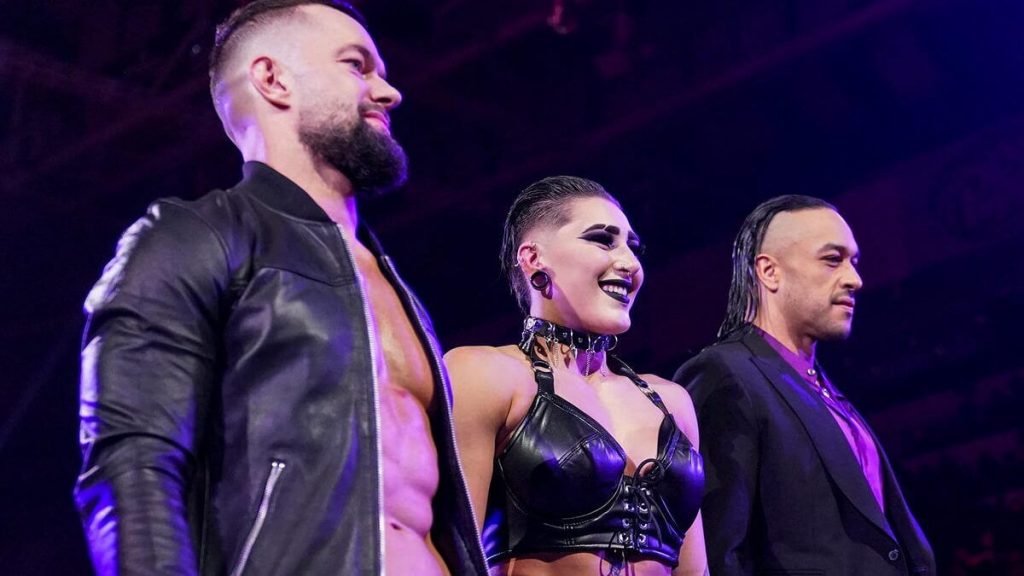 The Judgment day is a group that has enough potential to become one of the stand-out staples in recent memories. Talents such as Finn Bálor, Rhea Ripley, and Damian Priest can elevate themselves as long as those behind the scenes do the right booking needed to make them relevant instead of failing as they have done with previous staples from recent memory.

When Edge decided to form The Judgment Day during his feud against AJ Styles, there was some questioning on why the group was formed yet since Edge was at the forefront there was less hesitation with such a direction as his vision might have worked in the long run.

The group was rough at the start, Ripley and Priest’s promos felt too monotone, while Edge gave his best to make his staple feel credible yet the feud against Styles (and eventually Finn Bálor and Liv Morgan) really did no favors as to what the group wanted to achieve.

When it was announced that a new member would join The Judgment Day, it was known that the addition would be Bálor yet the group’s betrayal on Edge truly came as a surprise because we expected the group to grow instead of them betraying their leader after just a couple of months.

Now Judgment Day finds itself without much direction and this worries me because each of the members involved can make this group a huge success, but WWE should be careful when booking them going forward.

WWE has done a terrible job as of late when it comes to the creation of new groups, Retribution was a failure that did not elevate any of the members involved when they could have been booked way better, and the same was with The Hurt Business. For some reason, WWE simply cannot play their cards right with having a dominant group like they used to.

Having a credible staple will help each member get over, while they can also take part in many interesting storylines since the members do not have to be together all the time. Rhea Ripley can get more over, as she has struggled in various of her feuds, while Finn Bálor has had a mix-bag of a run on the main roster.

Damian Priest has found the most success from the trio, he had an amazing run as the United States champion with many amazing victories, but The Judgment Day can show a new and more ruthless side of him. There is no need for such a staple to be disbanded in just months, WWE should take it easy with how they handle them or this group will become forgettable.

The Judgment Day will either become nothing in a year or it will surpass our expectations and become a credible threat, but as things stand, there is not much that demonstrates that WWE has much faith in the staple. You can have the best talent, but if you don’t know how to utilize it, then the group should have never been made in the first place.