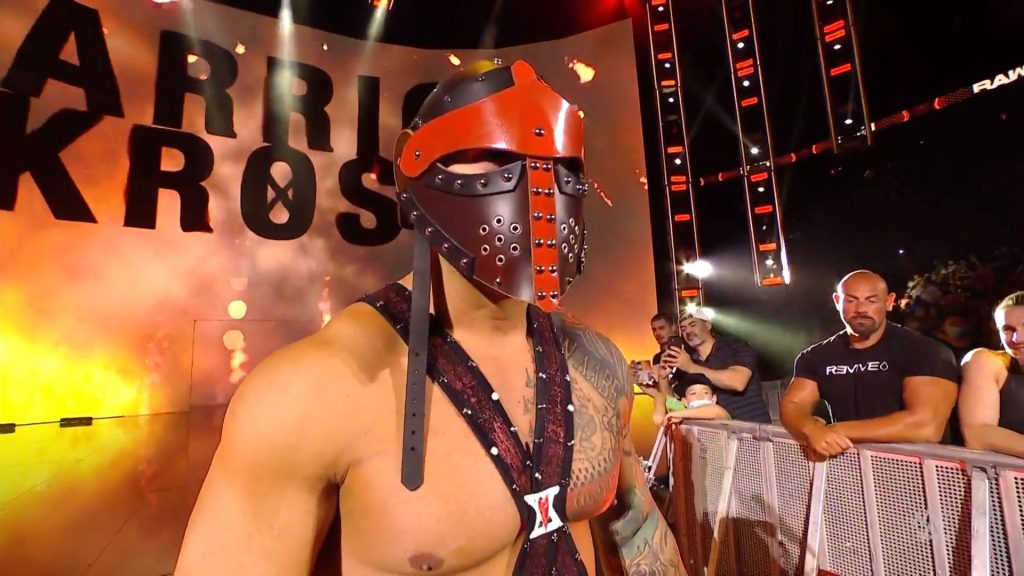 There is a serious problem within WWE that has been discussed throughout the years, it is not the number of releases done nor the way it books its matches but it is something that diminishes the entire idea of NXT as a whole.

There have been countless call-ups to the main roster that consists of former NXT champions to others that barely had time in developmental, this means that if someone is called up then they are ready for a proper main roster run right?

Many talented wrestlers have been hindered by a sudden change in character when called up, even what made them special in NXT is taken away for no clear reason. Those in charge of the main roster either don’t pay attention to the work done within their own developmental brand or they simply want to change things for the sake of it.

The most recent victim of bad repackaging has to be Karrion Kross as he was an unstoppable force alongside Scarlett, he had an amazing run in NXT as champion only to debut on Raw feeling like any other talent on the roster; what made Kross special was taken away in an instant.

There is no reason to take away Scarlett neither the essence that Kross had within NXT because what he is left to work with is the idea that he is some sort of “gladiator” as he utilizes a hideous helmet.

What hurt Karrion’s chances of establishing himself is how his undefeated streak came to an end by a basic roll-up but that topic is for some other time. The true issue stands at how WWE diminishes what made their talent special in the first place.

My hope is for the company to stop repackaging talent just for shock value and treat their talents better which leads to my second point.

What Is The Point Of NXT Then?

The reason for NXT’s existence is to help talent achieve their full potential, this way they can be “main event material” as they learn from the best. The problem with NXT is that it does not do what it is supposed to do: create stars for the main roster so someday they might be able to headline WrestleMania.

When NXT started it did function well, this created stars like Becky Lynch for example yet somehow along the way it tried to become WWE’s third brand which at the time it was amazing but what it truly did was damage the original concept of NXT as a whole.

So what I am trying to say is what is the point of having NXT if the talent that spends years developing themselves becomes expendable in an instant?

I am not bashing NXT but the obvious should be stated which is that if its main purpose is to prepare stars for Raw and SmackDown then there should not be a huge difference in the gimmicks and personas when debuting for a bigger audience.

My expectations are pretty low at the moment with how WWE treats their debuting talent from developmental, but my optimistic self believes that soon rather than later they will learn and grow from their mistakes.