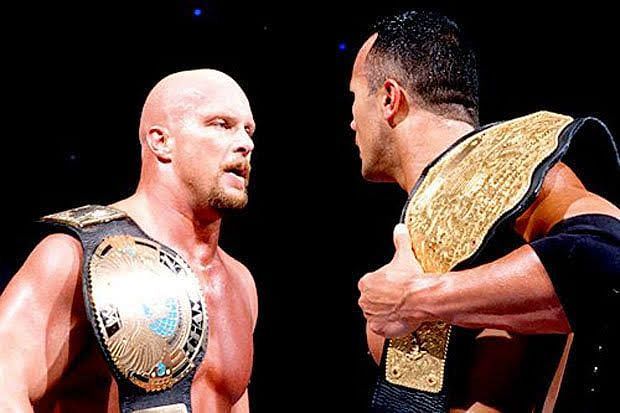 Recently, a colleague of mine here at Wrestling Republic (shout out Joseph Rivera) wrote an article detailing their belief that the onus of being a top star in WWE should chiefly belong to the talent. At first, I didn’t agree. Sure, in theory, a true draw can make chicken s*** into chicken salad… But surely they are only going to get as big as the pencil allows them. Right?

This got me thinking. What makes a top star? Who’s responsibility? What changed from the days of the Hogan’s, the Austin’s, the Rock’s, and even the Cena’s to today’s roster? And then, like the heaven’s opening up, one word came to mind. Competition.

Now I don’t mean external competition. Sure, a true competitor to WWE, like a WCW, may inspire the writing staff to improve their work, but for this article I am more interested in internal competition. Roster members competing amongst each other to be the ace of an organization.

Please don’t misunderstand me. I’m not looking fondly at the Shawn Michael’s version of competitive spirit – S***talking, backstabbing and being a general jerk in the workplace is not typically productive. I do however believe that the competitive spirit is lacking in WWE.

It’s no secret that today’s performers are more well paid and more taken care of then ever in professional wrestling. WWE hands out multi-year, multi-million dollar deals to performers who have been relegated to the mid-card perennially. This is of course an all-around great thing. Performers are happier, living longer and less-injured. I do wonder, however, if the current culture may actually be creatively stifling.

In previous era’s, if you were not at the top of the card, you earned incredibly less than those at the top. Your position on a given night directly impacted your wages. This led to many wrestler’s I have already mentioned stating outright on several occasions through the years that they fought, clawed and competed to earn that top spot. When an entire roster operates under this mindset, you have an Attitude-Era or a Rock-n-Wrestling era.

Recently, the Undertaker caused quite a bit of controversy with this quote: “Everyone has that sense of entitlement and figured they are owed something. They aren’t willing to put in the grind. I tell people I was living in my car.” I can only imagine how the Undertaker, who had to work in bingo halls to hone his craft must think when he sees a Performance Center signee earning six-figures to go to training.

I will never fault someone for making money. I do wonder though, if it will be possible to ever reach the heights of old in professional wrestling today without the mindsets of old. Perhaps this is the evolution of the industry, or perhaps this is a piece of the greater puzzle of WWE’s creative droughts.