Honestly: WWE Is In Dire Need Of Freshening Up The Universal Title Picture 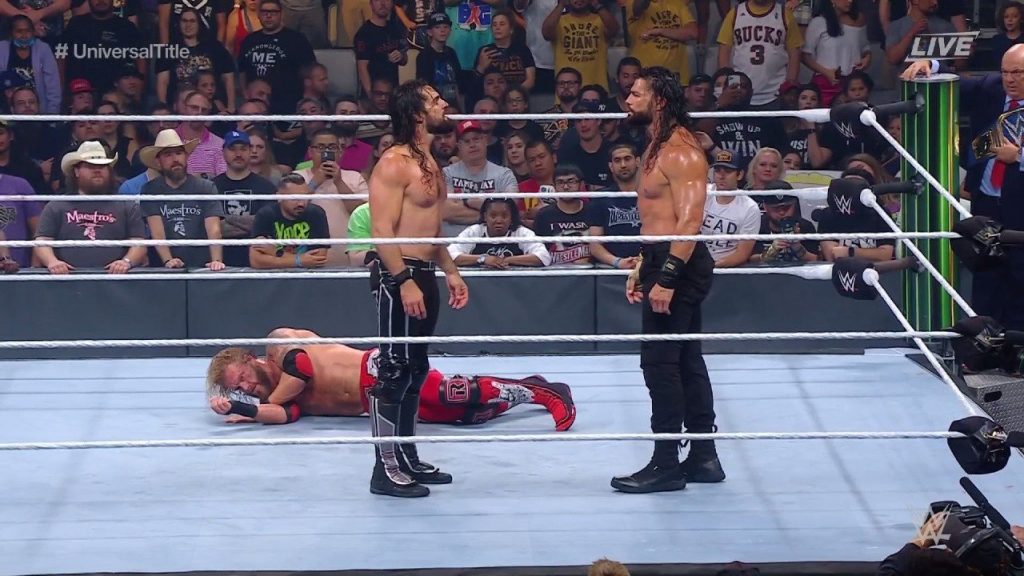 WWE has completely dropped the ball on breathing new life into the Universal Championship scene. Last night at Money in the Bank, there could have been several chances to get a new Universal Champion crowned. The boo’s for Roman Reigns the last two events have been ugly… and they don’t differ from the boo’s of when he was a baby face.

Some may like to cook up the excuse that Roman is a heel so he is going to get booed, but we all know heels get cheered when they are genuinely liked. Roman has been getting booed since he was a face, and nothing has changed now that he’s a heel. The fans really don’t like him… in fact, I would assess they are tired of him. Everyone in the main event of Money in the Bank, OTHER than Roman Reigns were cheered massively. Edge, Seth Rollins, John Cena, all heavily cheered… then there’s Roman, receiving boo’s, “you suck,” and “you can’t wrestle” chants.

Roman Reigns is utterly BORING, and tiring. It reflected in the fans screams at him the last two nights. Knowing this, WWE should have switched it up, and allowed a breath of fresh air.

If WWE didn’t want Edge to be the title holder, there was still another storyline they could have followed to crown a new Universal Champion. Such as Seth Rollins winning MITB and cashing in. It would have made so much sense. Edge winning cleanly, also would have made sense, as a culmination of his 10 year journey.

I will no longer hold my breath for new life, and freshness in the WWE… because as long as WWE continues to ignore their fans, nothing will ever change.

WWE Universe, some things will never change. I look forward to seeing if your boo’s and negative reaction will force WWE’s hand. If it doesn’t, I sympathize with you for the neglect of your powerful voice.

WWE is in DIRE need of freshening up. I hope your voice gets taken into consideration very soon, WWE Universe.