Honestly: WWE in 2016 was WAY better than you remember. 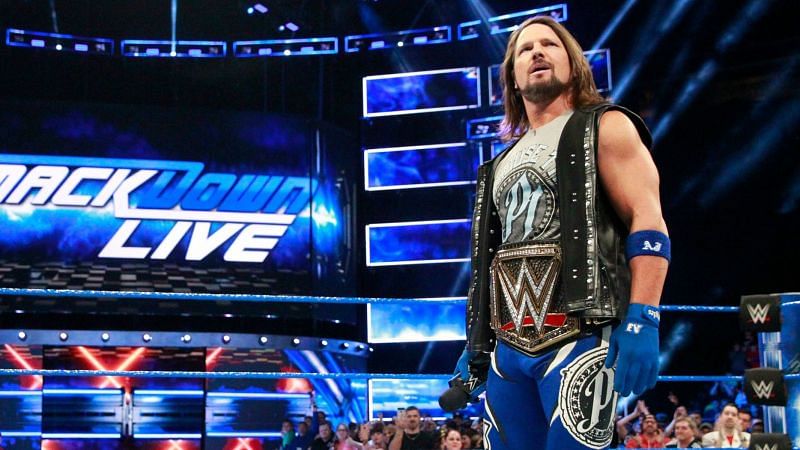 I went through WWE’s 2016 PPV schedule and jotted down all of the main stories, feuds, matches, etc. that stood out to me personally. The list I compiled was phenomenal to say the least.

The argument could be made that you could make a list like this for any year in WWE. Just off the top of my head, WWE 2017 had the Mae Young Classic, the NXT UK inaugural tournament, Shinsuke Nakamura winning the Royal Rumble, and the classic Usos vs New Day feud. However, what makes WWE 2016 stand out from all the other years is that 2016 was the pivotal year that finally saw WWE break through the near decade long drought of stale content and finally give the fans a modicum of what they wanted.

In 2015, WWE’s status quo reigned supreme over its programming. Roman Reigns won the Royal Rumble in January 2015, infamously setting the tone for the rest of the year. From then until WrestleMania 31, not only was Reigns blindly pushed through the main event scene but the mid card was amazingly forgettable. Things after WrestleMania 31 did not get better as Seth Rollins’ title reign reinforced the repetitive Authority storyline. Not to mention, the so-called Divas Revolution was completely forgotten about as the same old disrespectful and inconsequential storylines were being placed upon the likes of Charlotte, Paige, Sasha Banks, and Becky Lynch. WWE fans were getting tired of seeing the same old programming that the company defaults to in hard times.

However, this all immediately changed on January 24, 2016 when one phenomenal redneck shook the core of the wrestling industry.  Although many did not know this at the time, this was the watershed moment to kickstart a new era in WWE programming; long before WWE branded it as such.

Fast-forwarding past WrestleMania 32, the main event scene saw Roman Reigns finally being portrayed in a realistic light. His feud with AJ Styles throughout Payback and Extreme Rules showcased him fittingly as a silent brute. Throwing Seth Rollins in the mix only added to the fans’ tolerance with Reigns in the main event scene. This all came to a head at Money in the Bank, where all three Shield members held the WWE Championship in a single night. Having Dean Ambrose as the champ not only on that night but throughout the brand split as well, showcased to the fans that management was listening to them. Adding in the fact that Finn Balor was the Universal Champion on RAW, AJ Styles defeated John Cena at MITB, and Roman Reigns had seemingly become an afterthought, it started to shift WWE’s image from a repetitive bygone-era corporation to progressive modern wrestling company.

The Women’s division was the best, if not one of the best, parts about WWE’s programming in 2016. The feud between Charlotte, Becky Lynch, and Sasha Banks culminated in a generation-defining match at WrestleMania that not only introduced a proper Women’s championship but set the record for the longest women’s match at WrestleMania by a large margin. After that, Sasha Banks and Charlotte would continue to set the standard for women’s wrestling in the company as their legendary feud would include the first ever women’s Hell in a Cell match, a Falls Count Anywhere match, two RAW main events, and the third ever Iron Woman match. Becky Lynch was holding her end of the bargain as well with feuds against Alexa Bliss and Naomi that truly epitomized the moniker “Land of Opportunity”.

“I’m sick of all of you! Sitting there! Criticizing me! Calling me the coward!”

The mid card scene in 2016 had to have been one of the strongest in the modern era of WWE TV. Spotlighted by the Miz’s infamous Talking Smack segment against Daniel Bryan, wrestlers such as Kevin Owens, Sami Zayn, Dolph Ziggler, Bray Wyatt, Sheamus, Cesaro, and Rusev made even the 2nd hour of RAW must watch television. Kevin Owens and Sami Zayn consistently put on classics with each other at countless PPVs, Dolph Ziggler and the Miz had matches that were much better than it had any right to be, Bray Wyatt and Randy Orton had a beautifully spooky feud, and the soon to be Bar were shockingly consistent in their best of 7 series.

The tag division saw much needed attention being brought to its matches with the entertaining act of Heath Slater and Rhyno along with the New Day shining on SmackDown and Raw respectively. Although many of the teams around this time were hastily thrown together (Cesaro and Sheamus) and in some cases were mainly unforgettable (The Hype Bros), the top tier teams of the Usos, the New Day, and American Alpha picked up the slack. This year built the groundwork for the explosion in quality that was the 2017 tag division in WWE.

Not to mention the Cruiserweight Classic was blisteringly effective in creating new stars out of lesser known talent across the world such as Gran Metalik, HoHo Lun, and Jack Gallagher. The match between Kota Ibushi and Cedric Alexander was a match of the year contender and single handedly gave him a WWE contract. Johnny Gargano and Tommaso Ciampa gained a massive storytelling beat at CWC as a loss to Gargano further incentivized Ciampa to turn on Johnny Wrestling. WWE gets a lot of flack for not being able to handle long term storytelling but they are amazing at putting on tournaments with the CWC being just one instance of this.

There is no doubting the top tier quality of TV produced within 2016, however this short time period of programming had a much greater impact than many would believe. Around this time period, I would talk with my friends and others on Twitter about how this felt like a completely different product run by completely different people. Nobody felt like wrestlers were being pushed beyond the fans’ interest nor did anyone dread seeing three hours of RAW. SmackDown was going through a renaissance that called back to the old days of the SmackDown Six. This year saw WWE focus more on the wrestlers and their capabilities, with storylines being supplemental to their growth rather than the other way around. The reliance on part timers was nearly non-existent in this year especially compared to the distant years that followed. I will not lie and say that nostalgia is not playing a part in this assessment because it very well is, however even the most jagged fans have to admit that 2016 was a year that was mighty enjoyable in its content and extravagant in its long lasting impact.