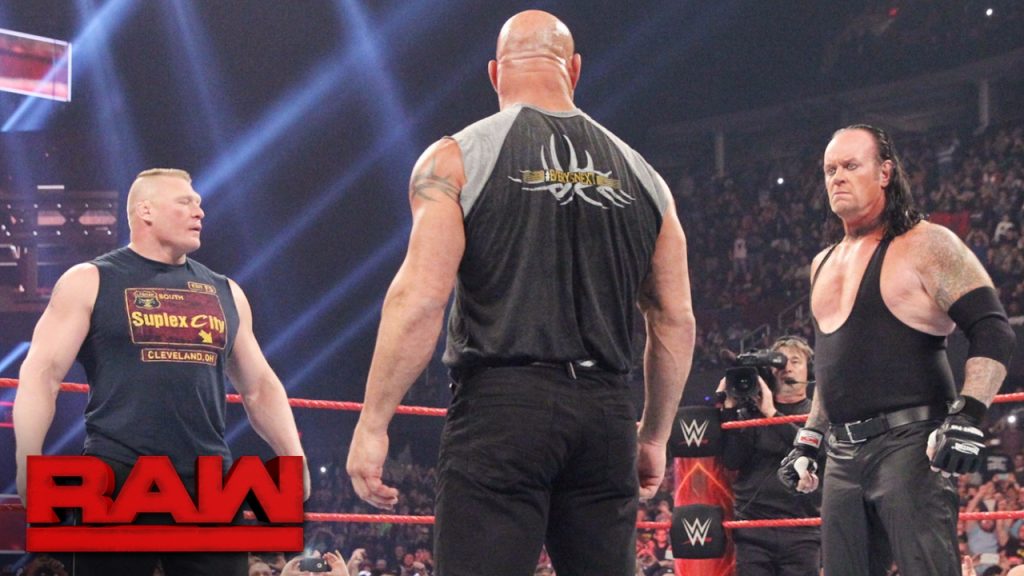 One of WWE’s past issues has been turning to part-time stars for moments, and in turn, putting them over the young stars. While nothing was ever wrong with booking these special attractions, the problem lied in the fact that the part-time veterans were being booked to go over the young stars, and even take championships from them. Outrage would spark across the fans of Pro Wrestling, and rightfully so. Certain fans would even tell you that it’ll just be better if they went away completely. I’m here to tell you that WWE’s viewership ratings these days SCREAM otherwise.

The powers that be may not admit it publicly, but WWE’s current ratings are crying for help. It has never been a normal thing for WWE to draw barely 2 million viewers for their product. Actually, these record lows once upon a time would have just been a fantasy conversation. “Hey man, imagine if RAW only draw’s 1.5 million this week?” The point is, we would have never seen this coming 10 or maybe even 6 years back. So what is the problem?

To start, let’s just clarify that this shouldn’t even be a problem. The world has been in a pandemic, that has put more people in their homes than anything else before. People have been quarantined, and just stuck inside for the better part of a year. People have been bored and eager for entertainment. Football and Basketball games viewership soared due to this demand of entertainment. So what is wrong with WWE?

I don’t want to take anything away from the amazing talent that WWE possess today. However, we have to use common sense, and begin to know that these ratings are a reflection of the product. If millions on millions tune in to all these other sports games, it must speak to the level of entertainment attained from these sports. The same thing must apply for the not so successful ratings of WWE. I would assess that the current WWE talent lineup, the ones on our screens every week, do not entertain as well as other talent may. It is not our duty to try and nit pick the differences between talent, and what is it about one that draws more than the next. You would be there forever trying to conclude. Instead, we should just accept the fact, that some people just do better for the product than other do.

These ‘people’ that I’m referring to, are the part-timers, such as John Cena, Brock Lesnar, Goldberg, Triple H, The Undertaker etc.. If there were any misunderstanding on why these guys are treated as such special attractions, the answer is in the rating spikes that occur when they are around. These guys clearly have a factor about them that draw more people to them, a factor that the new generation simply does not possess. If they did, we would not be in this rut. Once again, it’s worthless to pick your brain about what it is that these “old-timers” possess, however it’s clear they make a huge difference.

With the return of fans so near, it’s only a matter of time before WWE begins to pull these people back out. We will see for ourselves how better the product gets, and how the ratings spike, as usual. Then, and only then, will people learn to appreciate these part-timers for that they truly have been the whole time. SPECIAL ATTRACTIONS.