Honestly: WWE Booked Bianca Belair Well… Then Did Her Dirty 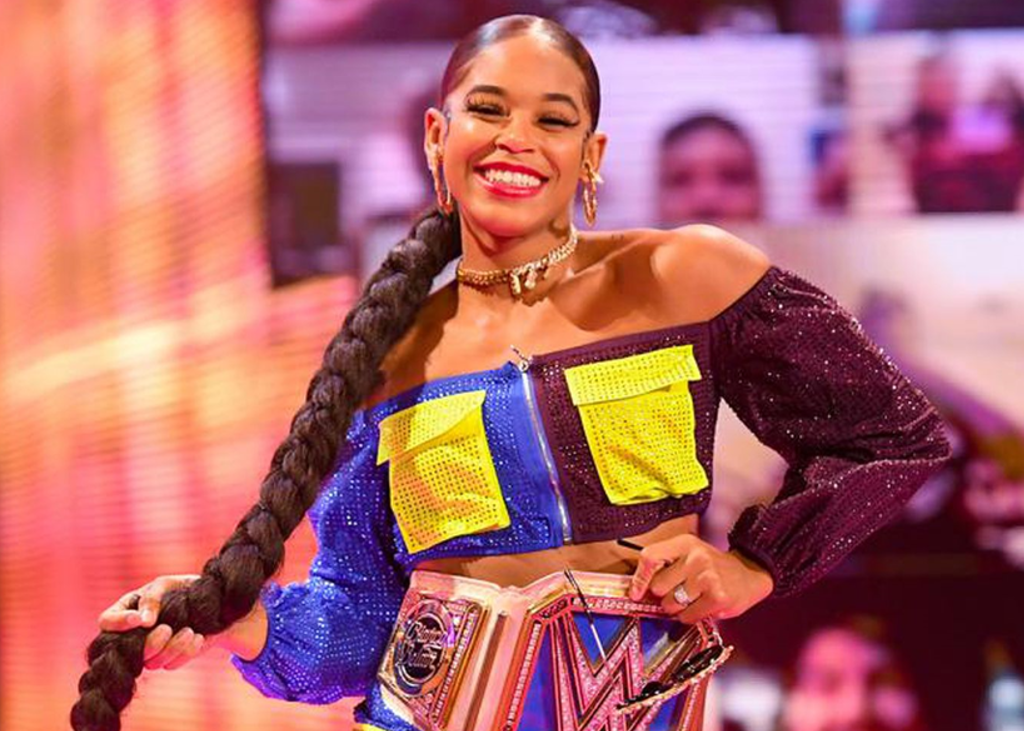 Bianca Belair was the reigning and defending WWE SmackDown Women’s Champion for 133 days after capturing it in the historic main event of WrestleMania 37 against Sasha Banks. In those 133 days, Belair brought a different type of prestige and legitimacy to the belt as a fresh, strong and consistent champion. She challenged the (albeit small) SmackDown women’s division to better themselves in all fields (we’ll get into that in the next paragraph) in order to even match up to her, much less capture her title. Let’s take a quick look at her title reign and the events that led up to it:

Shortly before Royal Rumble 2021, former Raw, SmackDown and NXT Women’s Champion, Bayley, had set up an ‘ultimate athlete obstacle course’ to test just how good Belair truly was. Even though Belair’s course was considerably harder than Bayley’s, the former cleared the entire challenge 17 seconds faster than the latter. As the course tested both women’s strength, cardio, speed, accuracy and agility, Belair’s smooth progress through the activities and quick win showed that she was gifted in all these areas, setting her up as being the true ‘EST’ of the SmackDown women’s division.

In the 2021 women’s Royal Rumble match, Belair outlasted 29 other competitors and ultimately eliminated former NXT UK, NXT and later Raw Women’s Champion, Rhea Ripley, to win the match. Not only did she become the 2nd ever black wrestler to achieve this feat (after The Rock), but she also set the women’s record for longest time lasted in a Rumble match at a little over 56 minutes.

Belair started her championship pursuit having achieved such a great feat and wasted no time in challenging then-champion Sasha Banks for the SmackDown Women’s Championship at WrestleMania. Throughout the build-up, Banks, believing she was the best wrestler in their division looked down on Belair; however, the latter’s grit and determination carried through and led her to besting Banks at the Showcase of the Immortals.

Not shortly after winning the title, Belair faced Bayley once again. This time, the self-proclaimed ‘Role Model’ was challenging Belair for her title. Like Banks before her, Bayley underestimated the ‘EST’ and even went as far as to say she saw a bit of herself in her, and that ‘that never ends well’. They put on a great showing at WrestleMania Backlash, which saw Belair retain her title, proving she can hang with the best on a regular basis. Following her loss, Bayley continued to be a thorn on Belair’s side, getting then-WWE Women’s Tag Team Champions Shayna Baszler and Nia Jax to attack her, and also sending Carmella to challenge for her title in hopes of weakening the champion.

All these attempts proved unsuccessful, but Belair ended up challenging Bayley to a Hell in a Cell match herself anyways, as she was tired of constantly being demoralized by the latter. This act of Belair as the champion issuing a challenge on her own showed that she was brave and worthy of holding a title on the main roster, further cementing her status as a big babyface.

The match itself received overwhelmingly positive responses and was hailed as being innovative and creative, despite the Hell in a Cell gimmick being used for decades. A particular point of discussion was a spot where Belair tied her own braid to Bayley’s wrist in order to keep her put while beating her down. The ‘EST’ retained once again, and she was only going up from there – now being praised for her in-ring skills and ability to bring something new to the table in each match. She was also outstanding at promos – she came off as likeable and relatable to the crowd but also determined and confident at the level of a champion.

Overall, the program further strengthened her legitimacy as champion as Bayley is an established veteran who Belair was able to beat twice. Unfortunately, they were not able to wrap up their feud as planned due to a serious injury Bayley suffered while training. This, however, did not slow Belair down. She successfully retained her title against Carmella twice, elevating her in the process. The matches were praised for over-delivering and this showed that Belair was already good enough to bring out the best in other talent (kudos to Carmella for putting on great performances as well!).

After this ordeal, Banks made her long-awaited return by saving Belair from a beat-down at the hands of Carmella and Zelina Vega. However, by the end of the night, Banks had betrayed the champion and demanded she get her title rematch at SummerSlam. ‘The Boss’ claimed that ‘The EST’ only got here because she leeched off Banks’s popularity and talent, whereas Belair reminded everyone that Banks practically ‘begged’ Belair to face her so that they could main event WrestleMania together.

Not only did Banks turning on Belair generate more sympathy for the latter, but their reasons for disliking each other were also convincing and set up a great story for their upcoming rematch. On the last episode of SmackDown before SummerSlam, Belair defeated Banks’s newly formed allies Vega and Carmella back-to-back, once again proving how dominant she was over the SmackDown women’s division.

Unfortunately, Banks was unable to compete at SummerSlam for unknown reasons, and announcer Greg Hamilton stated that Belair’s opponent would now be ‘The Most Beautiful Woman in WWE’, Carmella. Carmella strutted to the ring, and just as it looked like the match between the two was about to start, Becky Lynch’s music hit and out walked ‘The Man’. As Lynch entered the ring and stared down Belair, the excitement in the stadium was palpable. It was clear that the crowd wanted this match and that there was potential for something extremely special to go down between those two.

The bell rang and in an extremely flabbergasting move, Belair lost her SmackDown Women’s Title to Lynch in 26 seconds. I would like to believe this article has done a good job of showcasing how much of a well-rounded champion Belair was – she was a new face, possessed athletic prowess like no other, was creative in the ring, a good promo and was over with the fans. She had been portrayed as being a strong and legitimate champion, and suddenly, all of that came crashing down.

WWE has now effectively painted Lynch as being leagues above the rest of the women’s division and practically renders the rest of the women a joke – if no one could beat Belair for the title even across multiple tries, what does it say about them that Lynch did in 26 seconds. It also flushed Belair’s efforts as champion down the drain. While the current program and eventual match between Lynch and Belair will no doubt be entertaining – especially with Lynch’s current heel work – it could have been achieved through other means than bringing down a talented champion such as Bianca Belair.