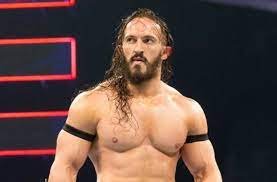 Reflecting fresh off the heels of Double or Nothing, I’ve come to a stunning realization. No, my realization has nothing to do with the fact that Jon Moxley and Dean Ambrose are the same person or that Kofi Kingston made switching his accent up cool WAY before Apollo Crews did. My epiphany has to do with a certain Bastard from Newcastle, Pac. It is obvious that Pac is the single greatest anti-hero in pro wrestling today, as nobody can send a crowd into a frenzy of cheers and hatred at the same time like he can. It should have dawned on me many months ago, and while the idea did surface on my mind a few times, the Englishman proved it beyond a shadow of a doubt last night at Double or Nothing; Pac masterfully employs dastardly tactics to get the crowd firmly behind the babyface (you know, the guy from… wherever, weighing… whatever) while somehow simultaneously galvanizing sympathy and support for himself against the gold-obsessed, deranged, and underhanded champion, Kenny Omega.

Let’s start with the easy part: what makes Pac live up to his bastardly moniker. The sneak attacks, the caustic tone he has taken with fans, the unsavory tactics, the shall we say “colorful language” that he uses, and his willingness (and eagerness) to deliver a manhood-shattering low blow leaves fans wanting to call him names a lot worse than “bastard”. It’s this type of behavior that makes it so easy to present the baby faces as the good guys that you want to see bludgeon Pac.

But now that the obvious has been stated, let’s move on to how Pac overcomes these obstacles and becomes a crowd favorite. Firstly, whenever Pac draws the Black Arrow from his quiver of offensive weapons, it would be difficult for even the most staunch adversary of Pac to not momentarily cheer and gaze in pure awe. The maneuver is a crowd pleaser, for obviously gravity defying reasons. Moreover, Pac’s kicks, strikes, dives, and takedowns are all hit with such convincing strength, speed, and nastiness, that it’s a marvel that he has a great reputation for a safe worker. It’s hard for any pro wrestling proponent to not applaud that. But moreover, Pac has unparalleled gumption, confidence, and defiance in the face of adversity that fans love to support. In spite of his numerous injuries, his billed 5’10” 206 pound frame (which is diminutive compared to many of his counterparts), and his seemingly demoralizing qualms with WWE, it would have been totally understandable for Pac to just hang it up. But Pac has fought, persevered, and performed to his highest level every night since then, leaving his heart and grit to never be a subject of debate.

This was exemplified in a major way during a particular spot last night. With the Rings of Saturn locked in, Omega rushed in to try to break up the hold. But no matter how hard Kenny would stomp and batter Pac, he wouldn’t concede.

This moment serves as a perfect reflective metaphor for Pac’s career. He has overcome injuries, rejection, and dejection (all of which are manifested by Omega battering him), and he clings to his last shot. He surely would never willingly relinquish his ultimate shot at gold, or redemption for his career.

This is what makes Pac such a valuable asset to AEW: he instills sympathy and support in his rival babyfaces, while somehow also being a virtuoso counterpart to the most caustic heels.