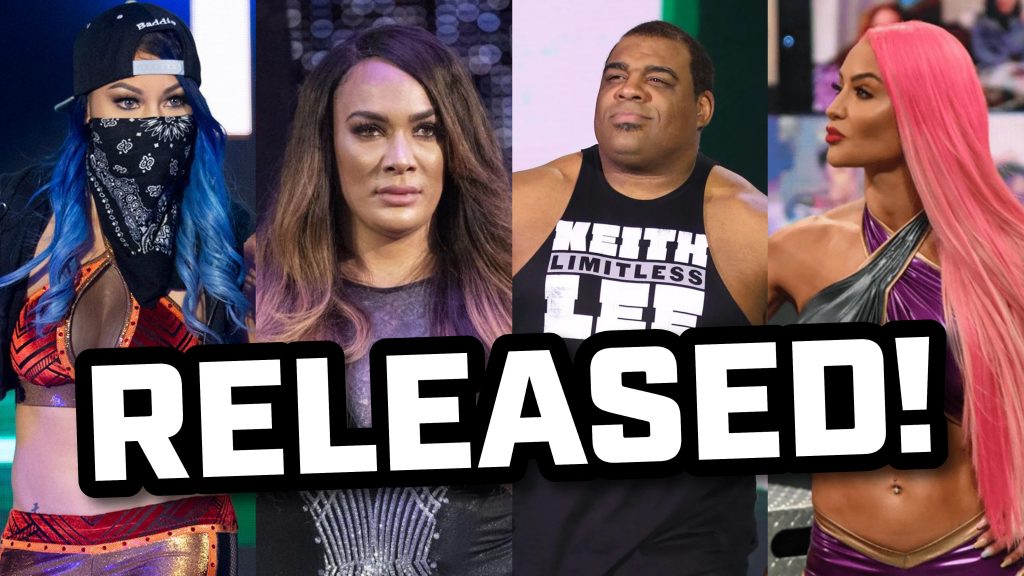 I was really hoping that I wouldn’t have to do another one of these articles this year as we have seen since 2020 that WWE has released over a hundred talents and just added 18 mote names to that list including Keith Lee, which is downright shocking and insane. ROH literally announced last week that they are going on hiatus for the beginning of 2022 and released all of their talent. Many of the talents WWE have released over the past year still haven’t found a new home yet. AEW for the most part is already stacked and unless they cut some talent to make room for signings they are going to have the same problem WWE has had too much talent and not enough spots. ROH closing their doors even temporarily is horrible for the industry and if rumors are true it doesn’t sound like if they do return they plan on signing talent to long term deals. So with the biggest company in the business firing talent like it is nothing where do these talents go? I want to focus on just the bigger name talent in this article:

1) Keith Lee – I can honestly say that out of every release that WWE has done since 2020 that this is the absolute dumbest and the one that can and should bite them in the ass. Keith Lee is a money talent and a once in a generation performer. He can literally dictate where he wants to go because any promoter would want him. He is likely AEW bound as no other promotion can offer him the money and exposure. I’d be surprised if Tony Kahn passes on the limitless one but if he did then the landing spot for him will be Impact. WWE has 30 days to correct this mistake and re-hire him like they did Samoa Joe but honestly I’d be surprised if that happens as he is likely AEW bound.

2) Karron Kross – This is another one that was completely stupid. He could be AEW bound with Scarlett. Kross does have history with Impact and a very brief run in MLW before he signed with WWE. I think if him and Scarlett don’t go to AEW then Impact is the most likely landing spot.

3) Nia Jax – This is one that is probably long overdue as she notoriously potatoed and injured her opponents and many fans felt that the only reason she wasn’t fired sooner was because she is the Rock’s cousin. There are rumors she was fired due to refusing to be Covid vaccinated. I don’t think anyone will be lining up to sign her especially if this is true why she was fired. I don’t see her being willing to work the indies and the most likely landing spot could be the re-launching WOW or she returns to plus size modeling or perhaps acting with the help of her cousin.

4) Eva Marie – Should have never been brought back in my opinion and no one will sign her.

5) Ember Moon – This was a horrible release but someone that was never really appreciated during her run with the company. AEW should sign her but if they don’t I think Impact or the NWA would love to have her.

6) Mia Yim – I think the future Mrs. Keith Lee will sign where ever he ends up signing with and she will be an asset to any women’s locker room.

7) Harry Smith – I’m not exactly sure why they re-signed him when they never used him on TV. I think AEW is a possibility to reteam with Pillman Jr. An MLW return is certainly possible. Impact or NJPW or the NWA are possible landing spots for him.

8) Dorado and Metalik – likely MLW or back to Mexico.

9) Taya Valkyrie – Likely back to Impact.

1) Danhausen – I have already wrote about how great a character he is and is one of the safest released people being able to get sign elsewhere. I think he is most likely AEW bound as he is very well liked and has strong ties to Ethan Page, Evil Uno, Mark Sterling and Jericho. He also has strong ties to Matt Cardona and Brian Myers in Impact. Despite NXT 2.0 being character driven I think it is unlikely he would go there as they would want too much control over the character.

2) Brody King – Definitely someone that anyone would love to have on their roster. If AEW tries to sign him then he is likely going there. Impact, NWA and MLW will want him but none of these companies has a chance if AEW is in the running. WWE is a possibility if they make a run at him but considering how they keep firing people he may be reluctant to sign there. NJPW is a strong possibility as well.

3) Bandido – the reigning ROH World Champ, I could see AEW or Impact making a run at him and possibly MLW.

4) Briscoe Bros – the heart and soul of ROH, they may just stay local and wrestle for GCW or possibly AEW as the Bucks would love to bring them into AEW. Impact and MLW could greatly benefit from the addition of them. WWE likely won’t try to sign them as they never have before.

5) Jonathan Gresham – AEW may want him but personally I think the best place for him would be Impact’s X-Division. ROH had built the relaunched Pure division around him and I think he would greatly flourish in the X-Division. In AEW he’d just be lost in the shuffle.

6) Jay Lethal – I think Impact is the most likely landing spot as he has history there.

7) OGK – I think Impact is the most likely landing spot for this team. Bennett and Maria have history there and Taven is someone that Impact would like to have. The NWA is also another option for the group.

8) Dalton Castle – I think Impact, MLW or NWA are the most likely landing spots for the peacock.

9) Beer City Bruiser and Brian Milonas – MLW or the indies.

10) PCO – I think AEW is a possibility but most likely Impact or MLW.

12) Rush & Dragon Lee – AEW. Andrade has publicly said he wants them there so that’s where they will likely end up.

13) Kenny King – perhaps back in Impact or MLW.

21) ECIII – Likely returning to Impact or possibly a run in the NWA or MLW.

The rest of the talent is likely indies bound. Most of the women’s roster will likely end up in the indies or the relaunching WOW. The reigning ROH Women’s champ, Rok-C, said AEW was interested in her so she may end up there.