Honestly: What Could Have Been, the Sad Tale of WrestleCircus 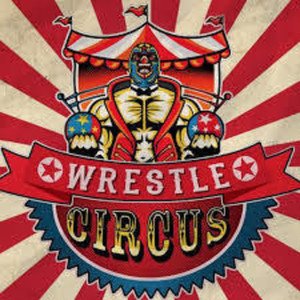 This is a article about a promotion that had such potential that came out of nowhere but disappeared just as quickly. I was talking about this promotion with fellow Wrestling Republic writers and some had never even heard of the promotion. I can’t blame them they only held 18 shows in a span of about 3 years. The promotion has since that time completely shutdown their Twitter account and removed all of their content from YouTube and doesn’t even have a Wikipedia page. So you may be asking why am I even writing about a promotion that was barely around? Well in the short time that it was around it was one of the best wrestling products in existence and it ended way too soon.

In 2016, Al Lenhart was able to do something revolutionary in the business by launching a promotion via the Twitch platform. He was able to create a product that had the appeal of a PWG but giving the fans the ability to watch the product live and for FREE via Twitch. In addition fans were able to tip the wrestlers and by subscribing to the Wrestlecircus channel you got access to past shows. For either $4.99 a month or as a Amazon Prime member you have one free Twitch subscription a month so for many fans it was FREE to subscribe. The uniqueness was talent not under WWE contract were able to appear on the show and it gave them worldwide level exposure without violating let’s say a talent’s contract that said they couldn’t appear on a competitor’s PPV because Wrestlecircus wasn’t on PPV by being the first to use Twitch it was a loophole. Since then promotions like Impact, AAA and HOH have used the platform but not in the same way as the Circus. I stumbled onto the product and instantly fell in love with the product. I utilized my free prime subscription and bought 2 shirts to support the product. I probably talked my friend’s ears off about how great the product was and that they needed to check it out. From October 2016 to October 2017, the Circus provided amazing monthly shows. Some of the memorable moments, Cody Rhodes even defended the ROH World Championship on one of their shows, which to the best of my knowledge is almost unheard of besides maybe in NJPW having the ROH World title defended outside of ROH. Adam Cole made his last independent show appearance before joining NXT. Tessa Blanchard got worldwide exposure which eventually led to her Impact signing and her match with Rachel Ellering is still probably the best Women’s match I’ve ever seen. It was one of the only independent promotions that allowed talent to come out with their championships regardless of where they were from and the announcers would acknowledge their history. Eric Bischoff had Al Lenhart on his podcast and praised the podcast, they got a Pro-Wrestling Tees shop and their shirts were also available on Amazon.  There literally was a who’s who in the business that appeared for the Circus that probably lead to many signings to major promotions. For the full list of match cards you can find them here. Here is a list of some of the talent that appeared in WrestleCircus:

They had all the momentum in the world, then in November 2017 a few days before their next show it was cancelled with very little information as to why it happened. As a fan it was incredibly disappointing. The talent that was booked for the show didn’t know what was going on and scrambled to find new bookings to make up for the lost income. Then came the leaked email from Al Lenhart to the talent apologizing and stating that due to personal health issues the show had to be canceled. Very little information came out but what did led the fans to believe that Al had major health issues and running the promotion on top of his regular business was too much for him. As a fan I was sad to see the Circus end but I completely understood why he was giving it up. Should they have handled the cancellation better and been more transparent with the talent and the fans? Absolutely.

Just when we thought the promotion was done, the Circus returned for two shows in February and March 2018 then would disappear again with the reason stated it was going on hiatus until they were able to find a permanent building as Al Lenhart stated they were having difficulty getting a building owner willing to rent to them on a consistent basis at a reasonable price. So as the months went by with no information about the promotion I assumed that the promotion was dead. Then out of nowhere came the announcement after 14 months the Circus would return in May 2019. I was very excited about the show and personally thought this was going to be one last show as a farewell even though they didn’t promote it as such. Since they only announced the one show, I figured this was their way to go out the way they wanted with one last bang. Then during the show they announced a June show and then at the June show they announced a July show. I thought ok they are taking this month to month now instead of promoting events for months out like they did before and are being cautious.

Just when we thought ok the Circus is back, that’s when the final nail dropped into the coffin literally 3 days before the show, it was cancelled. Talent and fans were told practically nothing which left talent once again scrambling to find new last minute bookings and left fans that were actually flying to Texas to see a show out the expense and a fan like myself incredibly disappointed I didn’t have a show to watch on Sunday. Al Lenhart finally announced that “he should have never brought it back and he did it against advice of people around him and that he loved the business too much and didn’t listen to them. He just was wasn’t fit to be a promoter and the promotion is permanently dead”.

As I already stated, I loved the Circus promotion and always will because it was a show with a little bit of everything and didn’t insult the audience’s intelligence and reminded you why you became a fan in the first place. For 3 hours you were entertained by great talent, great matches and even some funny moments. I got to see many talents that would go on to WWE, AEW and other promotions around the world. Like I said it was an amazing promotion but mismanagement by a promoter that got in over his head spelled the end for a promotion that could have been so much more. I truly believe Al Lenhart went into it with the best intentions but being a promoter is a full time job and not something that you can just do on the side. However, what he did to the talent and the fans at the last minute canceling shows costing them all money is the worst part about the whole thing. There is a great short film on the comradery that the fans of Circus developed at the shows, which can be seen here.  As I stated, they have completely shutdown their Twitter and YouTube pages but their PWT store is still up and their Twitch channel is still up with all of their shows, which I highly recommend subscribing to check out the shows, you won’t be disappointed and can be found here. For some more history such as title history can be found here. It’s a shame how the Circus ended but I am glad that I was able to enjoy the show while it lasted under the big top.