Honestly: Wardlow Is Ready To Cause Mayhem 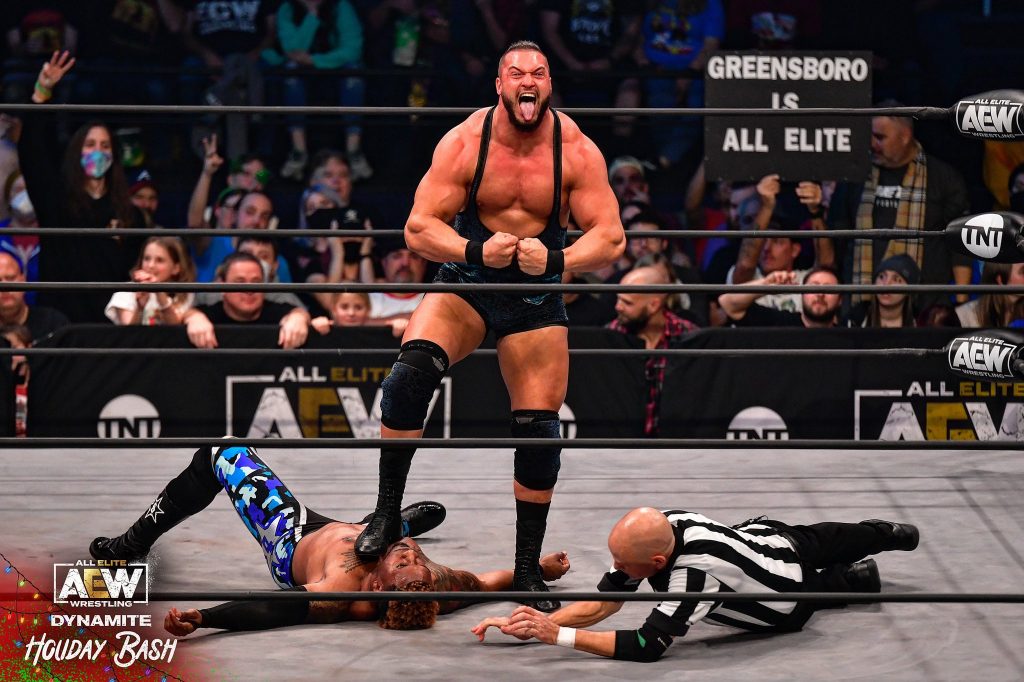 MJF has been at the top of his game since the moment he stepped foot on All Elite Wrestling, his presence is always known and the heat he obtains on a weekly basis is astounding. Many often talked about MJF’s rise, but very few noticed how his former accomplice known as Wardlow would take over and become a big name.

When Wardlow first appeared, he spent most of his time working under MJF and barely had moments to shine, but deep down I knew there was something in him.

It wasn’t a matter of if Wardlow had the potential, but when he would demonstrate what he had in store. Slowly but surely, AEW developed one of the company’s biggest babyfaces. Similar to Hook, Wardlow has a presence that leaves fans wanting to see more of him.

Many might disagree with this, but when I see Wardlow I see a young Dave Batista who has all that it takes to be a champion. The buildup to Wardlow’s rise was well executed, as fans knew that he would eventually betray MJF, but did not know the specific moment.

Mr. Mayhem himself turned face in a creative way as he decided to side with CM Punk during his feud with MJF and since has been showing how he is something special on a weekly basis as he himself is an attraction that fans want to see.

Whenever Wardlow appears, he makes things simple, as his focus is to destroy his opponents and give them as many powerbombs as he can. This is something we don’t often see in wrestling every day as squash matches are used to build talent but at times fail to show their true skills.

A great example of Wardlow’s skills as a wrestler can be seen during his AEW Dynamite match against Lance Archer. Archer is a big guy, but Wardlow still overcame him not only because of his strength but because of his skills.

During their match, Wardlow executed a fantastic swanton bomb and showed how agile he can be despite his size. There are many ways AEW can continue to utilize to show Wardlow’s ability, but they need to let it be, as he seems to continue becoming a fan favorite in an organic way.

We have seen fans turn their backs on babyfaces based on how many promotions try shoving them into the audience, but what AEW has with Wardlow can evolve as time goes on.