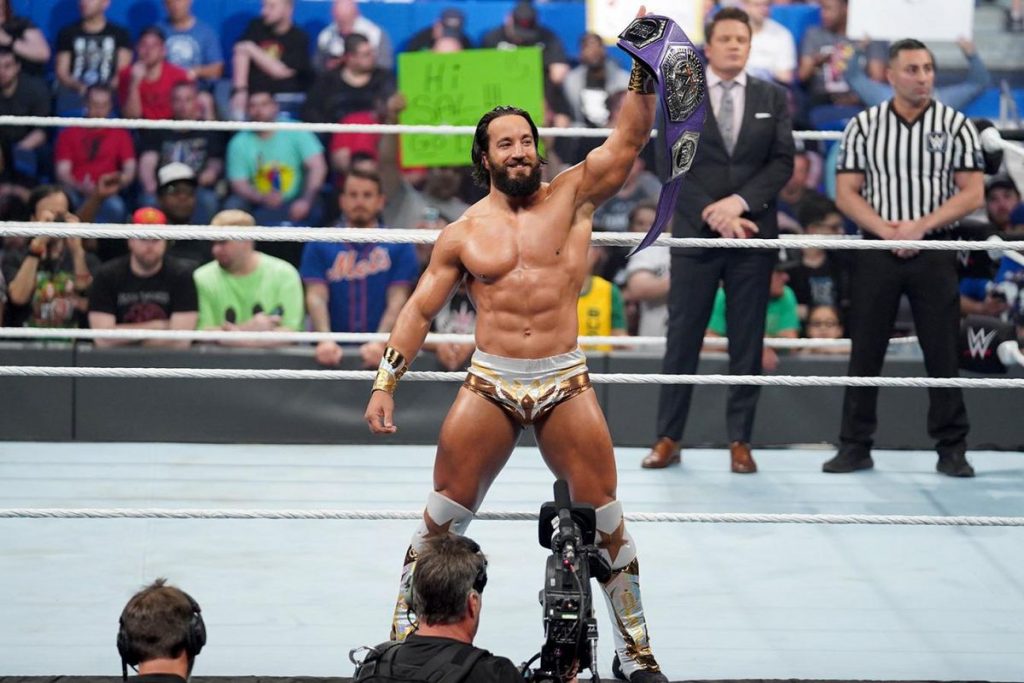 Now my first exposure to Tony Nese was in the WWE Cruiserweight Classic in 2016 and I was immediately impressed with his talent and athleticism. Seeing him  in the CWC, led me to check out Evolve and I got to see him outside the WWE bubble and I became even more impressed with his talents. Nese was someone that I feel could have a great match with pretty much anyone and that is a very rare trait to have in the wrestling business. It is often said that HBK could have a 5-Star match with a broom and I think Nese is someone that could possibly do the same.

I had the privilege of seeing Nese’s last independent match before signing full time with WWE. It was in the legendary former ECW Arena for Tommy Dreamer’s House of Hardcore 22 against Lio Rush. It was a fast paced exciting match and it was an excellent showcase for both men. I’m sure most of the people reading this probably have not seen this match but I highly recommend tracking it down and watching it. Nese cut a promo after the match thanking the fans and saying how much it meant to him to perform his last indie match in the former home of ECW and in front of passionate fans.

When Nese finally got his run with the cruiserweight title and having some incredibly matches with Buddy Murphy including when he won the title in 2019 at WM, I was incredibly happy for him. Of course that wouldn’t last because WWE dropped the ball once again on their cruiserweight division. Nese was pretty much exclusively relegated to 205 Live, the brand that the company clearly didn’t care about and the fans just didn’t watch and the few times Nese was on another show he was jobbing out to someone else.

Nese was underrated and underappreciated in WWE and I hope wherever Tony Nese ends up signing that he is able to show the world how truly talented that he is and show the WWE they made a giant mistake letting him go. I do think every promotion should make a run at him as to me Aleister Black, Buddy Murphy and Tony Nese were the biggest mistakes in the releases so far as they could draw big money in the business if given the opportunity. He could easily excel ROH’s Pure division or light up the world in Impact’s X-Division or maybe even be the one to dethrone Nick Aldis’ NWA World Championship run.

The point is this is not the end of the road for Tony Nese as he has a lot more to show the world.