Honestly: Thunder Rosa should be the first TBS Women’s Champion. 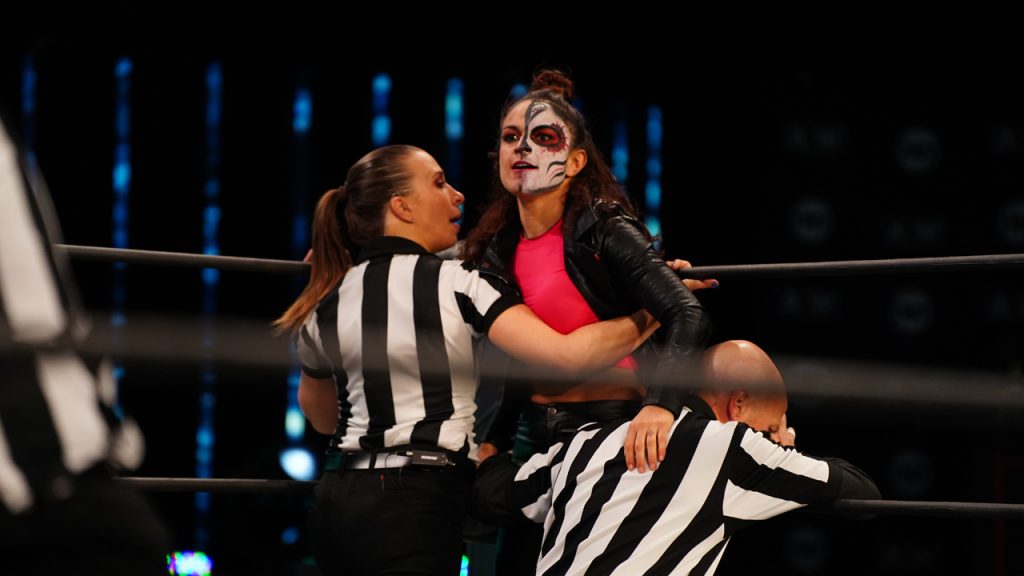 We have seen many women come out and do there jobs in Wrestling and do it well but in my opinion there aren’t many women who can continue to elevate themselves higher and higher as years past and I feel that there is about a handful of people who have done it however a person I feel who has done it the best way is current AEW wrestler Thunder Rosa and due to this fact I think she deserves the right to be The first ever TBS woman’s champion.

Let’s start from where I first started watching her in Lucha underground as Kobra Moon as I remember at first not being interested however, I stuck with it and started to enjoy her motives as well as character development. The vibe that I would get from her would be taking what’s given to her and elevating whatever task she had from great matches with Daga to her Six-man title reign as well as one of my favorites that being her time working with Drago transforming him from a crowd loving favorite to his roots of being a heel for the reptile tribe. This shows for the many years she was with Lucha underground her craft was getting better and better.

However, everything must come to an end, and it did as lucha underground ended on their 4th season but that didn’t stop her from going around and showing her craft as well as improving her new in ring name being Thunder Rosa! Going from places like WOW, ROH, and even taking a trip to compete at Tokyo Joshi Pro before leading up to her very successful time in NWA. Thunder Rosa in my opinion put in so much work in being one of the lead representatives for NWA as their champion to the point where she showed up on AEW TV and instantly caught our eyes instantly which I feel like is a main reason why she signed with them in 2020.

Thunder Rosa has shown currently that she has no limits to her wrestling as well as no limits to what she can do. From challenging for championships to having one of the best matches In AEW History in her Lights out match against Britt Baker. She has proven no matter what headline or company she goes on she can carry herself as well as her name because regardless of if it’s showing at GCW or showing up on Warrior wrestling cards, Or even showing up at this year’s Impact wrestling PPV Slammiversary. she has put in the time and effort and has the most unbeatable work ethic currently anyone in Women’s Wrestling. She deserves to be the first ever TBS women’s champion and if you don’t think so then prove me Wrong.