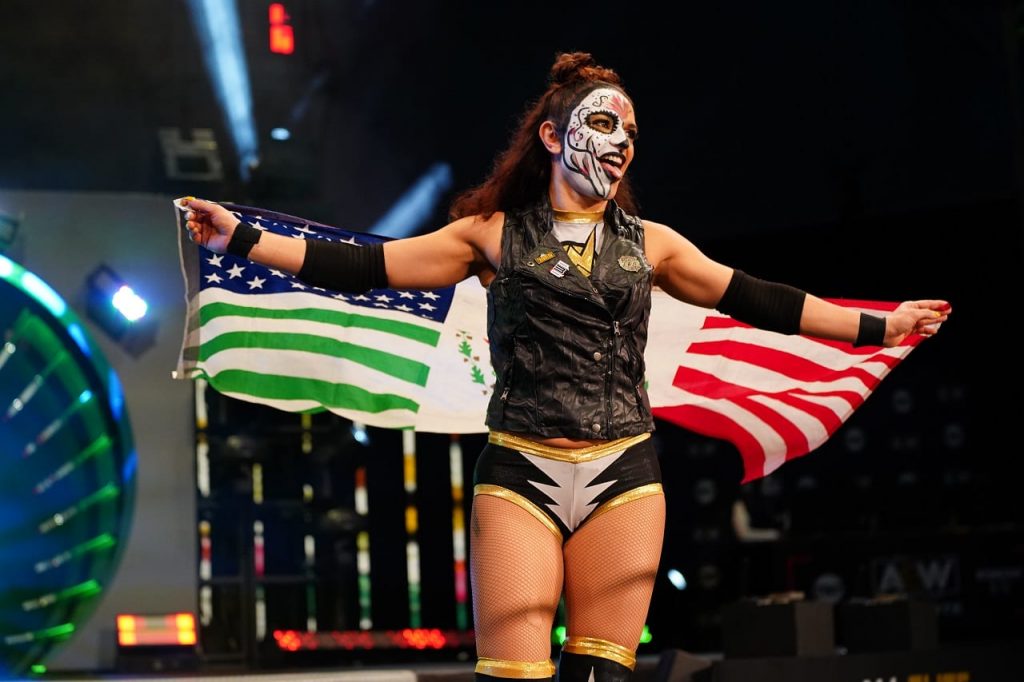 Britt Baker has been the face of the AEW women’s division as she has grown when it comes to her in-ring ability as well as her promo work. This growth has made her into the champion she currently is as she has defeated many of her opponents that come her way.

With every great champion comes an amazing challenger so the one who should not only challenge Britt for the championship but is destined to dethrone her should be Thunder Rosa. The feud between Thunder Rosa and Britt Baker has been one of the highlights of the past year as they took their division to the next level furthering the fact that the AEW women’s division has the potential to be amazing.

The logical outcome of Thunder Rosa’s feud against Britt Baker was for her to challenge Hikaru Shida for the women’s title because she had beaten Baker on their last encounter. As weeks passed I got surprised as Britt Baker became the challenger for Shida instead of Rosa, it was at this moment when I realized that the story is being written for Thunder Rosa to eventually dethrone Britt Baker as a form of revenge for their past rivalry.

Before continuing with my explanation I need to state that during this time Thunder Rosa had not signed with AEW as she was still under contract with the NWA so as a booking decision it made sense for Britt to be the challenger instead, now that Rosa has signed with AEW full-time means that she will be able to properly challenge Baker without anyone holding her back.

When looking at the state of the women’s division in AEW there are a number of talent that has been growing throughout the past year which is amazing to see, yet it is best, for now, to give the title to somebody who has enough experience so that way she could be utilized to elevate the rest of the talent.

There is enough storyline that has been told within the Thunder Rosa feud against Britt to the point where there really isn’t any need to build that much, I want Britt to have a good run as a champion but I am also excited to see what these two ladies will do as they both are willing to do whatever it takes to prove that they are here to stay.

All Elite Wrestling loves to do long-term storytelling with their feuds so my only hope is that they have paid enough attention so that way this feud could become an instant classic. There is nothing that can hold what these women have to offer whatsoever, but only time will tell.