Honestly: These Wrestlers Should Move Brands In The Upcoming Draft 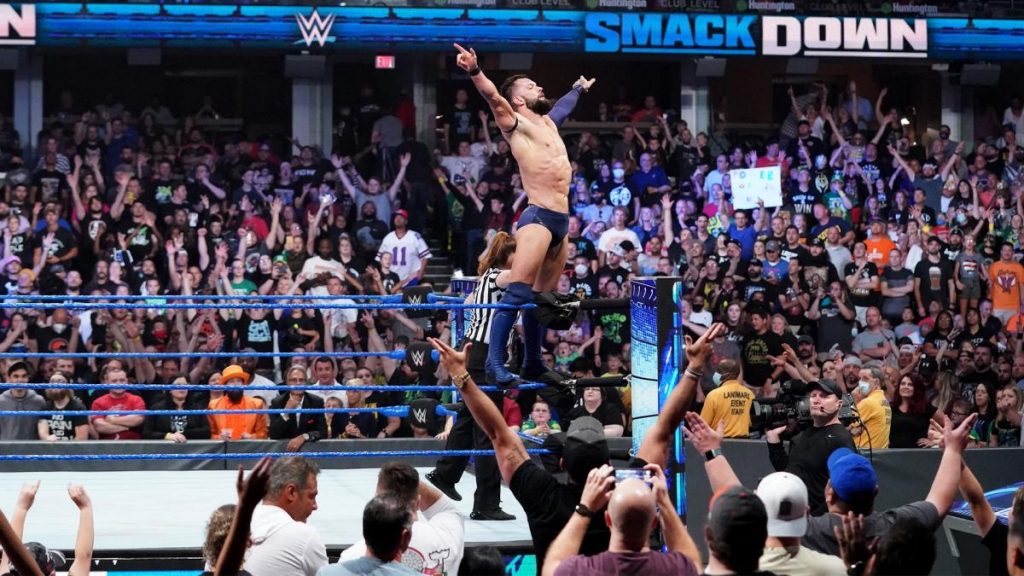 With the WWE Draft coming up this is a great chance for RAW and Smackdown to create fresh matchups and rivalries, RAW has been improving as well so a draft will surely only help the brand more.

So, I have made a list of three draft picks that I think are needed for RAW and three for Smackdown. The list will feature one male wrestler, one female wrestler and one tag team that should move brands in my opinion.

After not winning the Smackdown Women’s Title at Extreme Rules, I think it’s time that Bianca Belair moves brands, yes I know WWE maybe setting up a triple threat match between Belair, Banks and Lynch but after that match what else is there for the EST of WWE to do on Smackdown?

Moving to RAW can give Belair more opportunities and it can also give RAW the star power in the women’s division that it needs. She can start a rivalry with Charlotte Flair which is a Wrestlemania worthy match and she could also be the one to take the Championship off The Queen as well.

There is still her rematch with Sasha Banks that she needs to have but you can save that match for another time. I don’t think WWE will move Belair to RAW in the draft but I think it is a move that should happen.

There isn’t much for Finn Balor to do on Smackdown now after losing to Roman Reigns at Extreme Rules. This match was frustrating as I personally thought Balor should’ve won that match as Reigns doesn’t need the Universal Championship to make his match with Brock Lesnar interesting, but WWE went the route of protecting Roman Reigns so they can make the match with Lesnar feel even bigger with the addition of the Universal Championship, so this will most likely leave Balor out of the title picture on Smackdown.

Moving to RAW means that Finn Balor could definitely join the WWE Championship picture straight away, Balor deserves to stay in the title picture so a move to RAW will do that for him and create interesting matchups for him in the process with the likes of Big E, Drew McIntyre, Keith Lee and he can maybe even revisit his rivalry with Karrion Kross.

There are more opportunities for Finn Balor on RAW especially with RAW having 3 hour long shows.

This draft pick is obvious, the Street Profits lost to The Usos at Extreme Rules and it was a good rivalry with some brilliant matches but now it is time for a change for the Street Profits, if they are kept on Smackdown then there might not be many matchups for them.

Damian Priest has been one of the better wrestlers on RAW, so moving him to Smackdown does mean that RAW won’t have Damian Priest on their brand but I think Priest has done a lot on RAW and now that his rivalry with Sheamus appears to be over he should take the United States Championship over to the blue brand.

After beating Sheamus on RAW, there aren’t that many wrestlers on the red brand that would create a good United States Championship rivalry with Damian Priest, but on Smackdown it is a different story, Priest can have new rivalries with Apollo Crews, Sami Zayn and you can even turn Kevin Owens heel to have a rivalry with Priest, these rivalries would all feel fresh as well.

Also, when I think of wrestlers that could beat Roman Reigns for the Universal Championship, Damian Priest is a name that comes to mind, this rivalry would be brilliant and you could even do a Champion vs Champion match between the pair.

WWE has made it clear that Rhea Ripley won’t defeat Charlotte Flair for the RAW Women’s Championship, but I think that Ripley should be involved in a championship rivalry and on Smackdown that can happen, she can have a rivalry with Becky Lynch and that match is good enough to be on Wrestlemania.

Ripley is very popular with the WWE fans, so she would get a great reaction if she won the championship at Wrestlemania.

This is another obvious draft pick, after winning at Extreme Rules against the Street Profits, The Usos need new competition for their Smackdown Tag Team Championships.

So, those are my picks that I think should happen in the upcoming WWE Draft. I think if these wrestlers move to these brands then it can definitely help the brand and the wrestler.