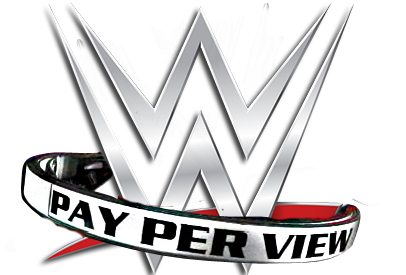 Now let me make it clear, I’m not saying all themed PPVs hurt the product but there are very few gimmick matches that deserve their own PPV. The problem in today’s WWE is that they are having certain gimmick matches just because it happens to that month’s themed PPV. The feud and storylines should dictate how the story progresses and how the feud escalates not just having a Hell in a Cell match just because it is that month’s theme. Gimmick matches and therefore theme PPVs are simply a gimmick to sell a show and it may get some buys because of it but it hurts long term story telling and has a result hurts interest in the rivalries and the product as a whole.

Let me start by talking about PPV theme matches that are beneficial to the product:

1) Royal Rumble – arguably the most popular PPV besides Wrestlemania. The Rumble match may be one of the greatest gimmick matches that has ever been invented. The fact to this day who is entering and when is still mostly a mystery every year in the age where everything leaks is still something special. The success of the Rumble is based on its history and that it is legit only done once a year. For the most part WWE rarely does any battle royals during the year so it further protects the Rumble from being diluted. It also doesn’t interfere with feuds and the match itself has a defined purpose, where the winner gets a world title shot at Wrestlemania. In addition, it is a match that can spark, escalate or reignite feuds, which could lead to longer term storytelling.

2) Money In The Bank – now I will admit when it was first announced that this gimmick match was being pulled from WM and being given its own PPV, I was skeptical if it would work. I was pleasantly surprised and happy that it did work and essentially took the King of the Ring’s place as a top 5 PPV. The beauty of the MITB match is like the Rumble it has a defined purpose, the winner of the match has a guaranteed world title shot whenever they want for up to a year they can cash in. This match is the definition of long term storytelling or even shock value because you don’t know when they will cash in. They can tease match ups and people can even feud over the briefcase as we have seen MITB winners have lost them in the past. Just like the Rumble, it is a match that can spark, escalate or reignite feuds, which could lead to longer term storytelling.

3) Survivor Series Elimination – although today it doesn’t play out exactly the same as it used to, the old school gimmick of once a year a team of 4 or 5 random wrestlers were put in teams to fight other random teams is a successful gimmick or theme. Although not as defined as the first two on this list, there was an element of mystery of who would be on the teams and like the first two it is a match that can spark, escalate or reignite feuds, which could lead to longer term storytelling.

4) King of the Ring – although it is no longer a PPV, which is a mistake by the way in my opinion. The one night tournament to crown a king had a defined purpose to elevate a star and had a purpose of longer term storytelling. Some talent fully embraced the role of king and others are easily forgotten. Again, it had the crucial element it  can spark, escalate or reignite feuds, which could lead to longer term storytelling.

So now that I have gone over the successful theme PPVs, let me go over the negative ones:

1) Hell in a Cell – let me start by saying that I’m old enough to remember when this was the ultimate feud blow off match. This was a match that only happened when the feud dictated the match was necessary and that is how it should be. This shouldn’t be a cheap gimmick match that is shoehorned and forced to happen because it happens to be the month that this type of match is required for a themed PPV. It cheapens the perception the fans have of the match and it escalates feuds to the ultimate feud blow off match when chances are the feud is nowhere need heated enough to get to that point already or possibly ever and the sad part is it may not even end the feud it may drag on to the next themed PPV. The HIAC shouldn’t even be an annual match, being able to say we haven’t seen this type of match in 3 years adds something to the mystic of the match and helps the rivalry mean more because you can go it is so heated that it required this match.

Side note: I absolutely HATE the red cell and think they should go back to the old school cage look. It cheapens the gimmick and is a disgusting display of just doing something to sell toys as in “this is the new version”.

2) TLC – this is a match that originated because the Hardys, Dudleys and Edge & Christian’s tag team rivalry was so heated it required a match this extreme. Again the rivalry dictated this being required not the PPV month. Essentially everything I said about the HIAC also applies here. Also, the whole one match has to be a table match, a chair match and a TLC match is so ridiculous.

3) Elimination Chamber – now this one honestly I went back and forth with because it isn’t necessarily a bad gimmick because it does have a defined purpose in that it is a championship match with multiple people involved and could spark, escalate or reignite feuds which are the key elements of a successful theme/gimmick PPV. However, it is such a massive structure like a HIAC that if it happens every year it almost cheapens the real legitimate danger of the match. Make no question about it, the structure hurts no matter how trained the performers are to take bumps. For me I think having years in between having this type of match would help make this match seem more special when it does happen.

Side note: The giant WWE logo on the roof of the structure looks completely ridiculous and looks more like the toy than a menacing structure and they seriously need to go back to the old look.

4) Extreme Rules – having a night where every match has to have some type of “extreme” stipulation literally is dumb because it escalates almost every match on the card to just some gimmick without any justification. The feuds should dictate whether or not a match should be escalated. This reminds me of TNA Lockdown, where every match is a cage match, WHY? There needs to be a reason for a match type, it cheapens the match and hurts the image of the talent and the brand as a whole because it is just embarrassing that they are participating in a street fight just because “it is extreme” and that is the PPV theme.

5) Clash of Champions/Night of Champions – I don’t necessarily hate this concept but honestly is it really needed? The rule WWE pulls out whenever they feel like except of course when Brock holds a title and goes MIA for months, is that all titles must be defended at least once every 30 days, so shouldn’t most if not all the titles be defended on every PPV. Granted WWE has too many titles as I discussed in this article, so if they reduced the titles then defending all the titles on all the PPVs is possible.

My overall point is that a gimmick match or themed PPV should have a defined purpose and be justified by the feud and not be happening unless it can spark, escalate or reignite feuds, which could lead to longer term storytelling. Look at the rivalries of HBK/Triple H, Gargano/Ciampa, Gargano/Cole, Owens/Zayn and the list of great feuds go on their series of matches escalated organically and weren’t forced just because of the PPV theme. So replace these theme PPVs with perhaps the great PPV names of the past Unforgiven, No Mercy, Great American Bash, Bash at the Beach, Fall Brawl, Starrcade, Bad Blood and Armageddon. Let the feuds and storytelling dictate WWE it seems simple but you are struggling with this concept.