Honestly: The Young Bucks Have Come A Long Way 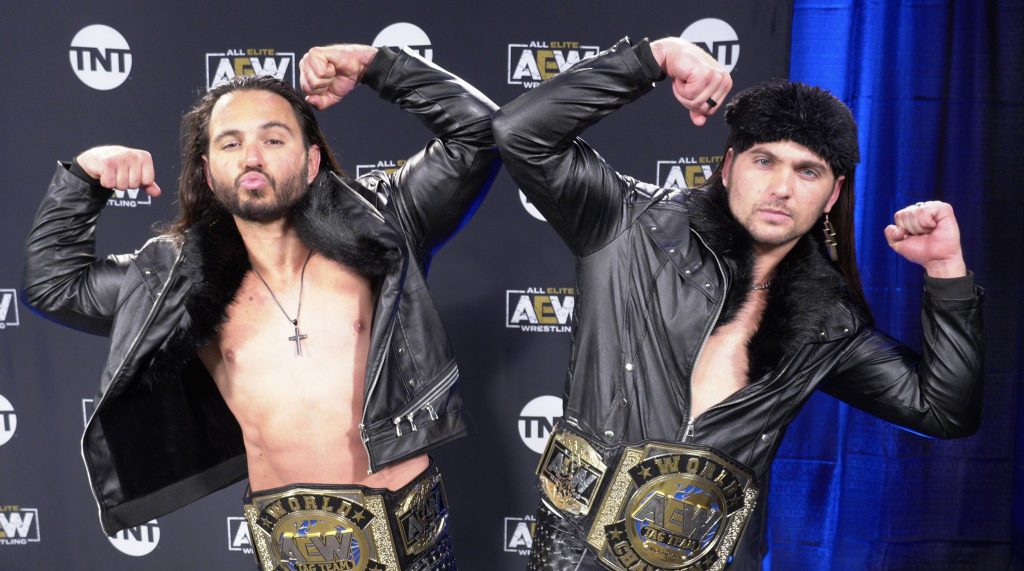 At Full Gear last year The Young Bucks finally captured the AEW tag titles. The win came after multiple unsuccessful attempts at winning the gold. When they finally did it, it felt like a culmination reward for the work of the world’s greatest tag team. Since November 7th, 2020; The Young Bucks have come a long way. They are no longer the baby-face charismatic tag team whose priority was the entertainment of the fans. The Young Bucks have gone from humble, and waiting around for opportunities, to this cocky, arrogant power-trip duo. Honestly, this evolution has been for the better, as we can argue that they have been the best thing on AEW TV since turning heel.

Before the April 7th, 2021 episode of Dynamite, The Young Bucks in AEW were known to be one of the top babyfaces. They played the usual, do everything for the fans, babyface role. It didn’t seem as though they had much of a chip on their shoulder for anything except the tag titles. It got to the point where The Young Bucks faced a “last chance” opportunity, in which they finally secured the gold. While The Young Bucks have always been a sight to see, and have always been entertaining and the best tag team in the world, turning heel has added new layers that were missing from this once-in-a-generation tag team.

When The Young Bucks turned on Jon Moxley and reunited with Kenny Omega and The Good Brothers, everything about them changed. It has been for the greater good. Everything from attire to attitude has evolved, and boy what a difference in entertainment has it brought along. These days The Young Bucks present themselves as this “hype-beast” power-trip duo who only want the best of clothes and sneakers, and they have a reignited chip on their shoulder to prove they are the best in wrestling. The best wrestlers, the best at entertaining the fans, the best dressed, simply the best. Their smug attitude of knowing their value, and knowing there isn’t anyone better than them has been amazing to see. It has provided for better promos and for “fickle” fans to have more reason to hope that they are taken out.

The Young Bucks walk into their latest title defense at All Out against one of their greatest rivals, The Lucha Bros. On September 5th, on PPV The Young Bucks will be locked inside of a steel cage with The Lucha Bros. I’m personally not ready for The Young Bucks to drop their titles, but if it does happen this reign has been one to remember. The Young Bucks have evolved so much in the last 6 months, becoming arguably the best thing to watch in AEW. Their new attitude and chip on their shoulder have done greatness for the tag team twins. Shall next Sunday see the end of their tag title reign, The Young Bucks should keep their current characters intact. If The Young Bucks keep the championships, I’ll be looking forward to hearing the bragging they’ll have to offer on the proceeding Dynamite. Thank you, Young Bucks, for the amazing work you have been doing the last year! There’s no slowing down now!