Honestly: The Universal Championship Picture Is Once Again Open 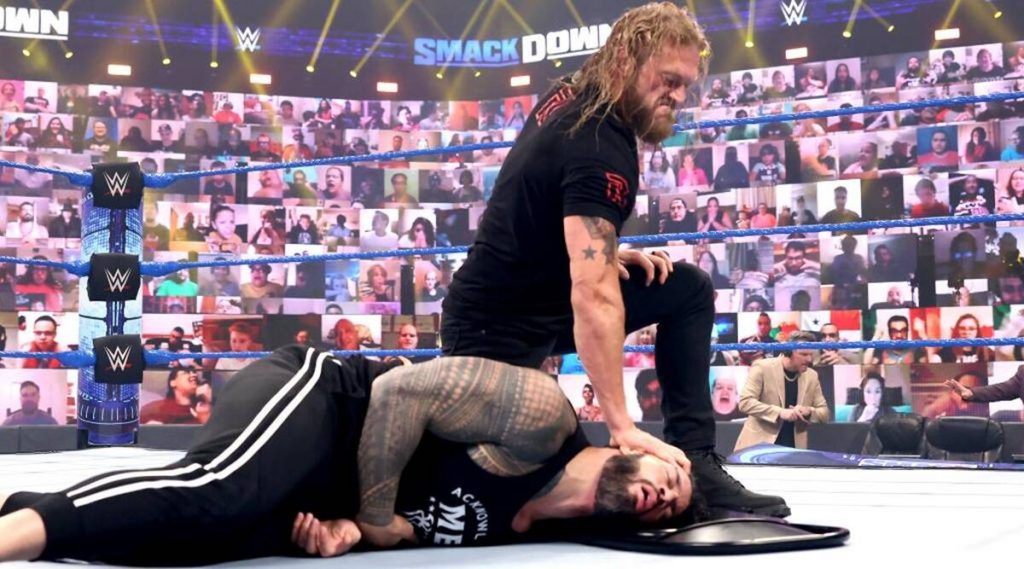 While there’s no telling if any of them will defeat Roman Reigns, it certainly gives WWE two more options; shall they decide to pull the trigger. We also can’t forget about the potential threat of “Mr. Money in the Bank.”

On this week’s Smackdown, Seth Rollins was seen backstage with Sonya Deville & Adam Pearce. Seth told the two authority figures that Roman Reigns wants to address the state of the Universal Championship, well then they’re looking at the clear challenger.

The dynamic of heel Seth vs heel Roman is interesting because it leaves WWE with multiple windows to open. It’s almost certain a match between the two will not end in clean fashion. However, be assured that it will definitely be a fun match.

There is no telling who would win in this showdown, as both men have squared off plenty of times in the past. Both men have gotten the better of each other. Lets make note though, that when they squared off with high stakes, Rollins has always came out on top. See Money in the Bank 2016 and RAW’s 2018 gauntlet match.

Last night on Smackdown, Edge made his return for the first time since his Wrestlemania main event match, against Roman Reigns & Daniel Bryan. Who did he target? You guessed it… Roman Reigns.

Edge came out with a fire in his eyes, tired of the crap Heyman & Roman were spewing. He violently attacked Reigns, and just as it was about to be lights out for Roman via con-chair-to, Jimmy Uso came to save the day.

I don’t know about you guys, but Edge hasn’t forgotten that he won the Royal Rumble, and was due his 1 on 1 title match, but didn’t get it because of Daniel Bryan. It appears that Edge will now get his match, at Money in the Bank.

Speaking of Money in the Bank… how about the person that holds it?

The field is beginning to take shape for the Money in the Bank match in a couple of weeks. As you know, the winner can choose which championship to chase, any time and any place, regardless of which brand the winner came from. As of right now, Big E is the most interesting in the field, only because not everyone is determined yet.

Either Drew McIntyre, Randy Orton, or AJ Styles, will be added this Monday on RAW. Up to this point, the announced competitors are Ricochet, Riddle, John Morrison, and Big E. As the field continues to broaden the possibilities become more exciting.

Even if a RAW star does win the briefcase, the Universal Champion Roman Reigns MUST keep his head on a swivel.