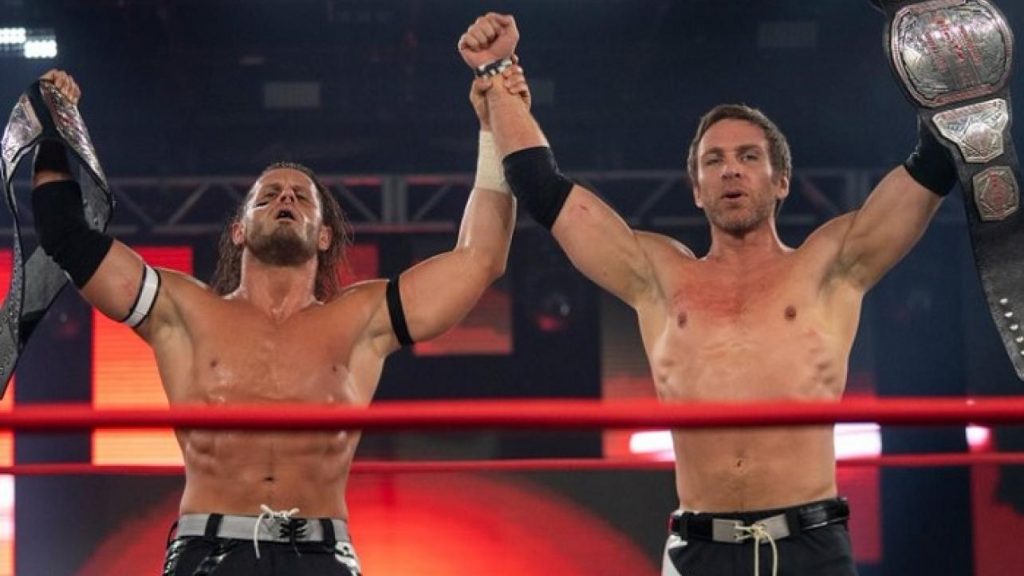 If you’ve ever enjoyed modern fast-paced tag-team wrestling, especially American tag-team wrestling, then you’ve enjoyed something inspired by the Motor City Machine Guns. The team of Chris Sabin and Alex Shelley have been mainstays of 21st century tag team wrestling, but criminally underrated. In this article, I’ll explain what made MCMG so good as a team and drop some match recommendations. I’ll say something controversial right now as well. I believe that the Guns in their prime were better than the Young Bucks are right now.

Shelley and Sabin were some of the innovators of the high-flying, fast-paced style of tag team wrestling that is so popular today, a fusion of lucha and Western-style wrestling. We see it in the likes of the Young Bucks, Private Party, the Hardy Boyz and Street Profits, to give a few examples. Although they’re  known for their high-flying, MCMG are also both skilled technicians and in-ring storytellers. Shelley’s match against Wheeler Yuta and Sabin’s duels against Moose and Josh Alexander are just some recent examples of matches that prove that both men are more than just highspot specialists. They can tell a real story, such as their work in the Team 3D retirement match. The four men structured the match around Team 3D’s reliance on their 3D finisher, which made the storyline that bit easier to follow.

But, it’s not just their wrestling skills that mean that the Guns are one of the best teams of the last decades. As part of their Seek and Destroy stable, they looked to mentor the next generation of wrestlers. The talent they chose to work with?  Jay White. Lio Rush and Johnathan Gresham- they clearly have eyes for talent! We can see how the Guns’ mentorship influenced White in particular- his Blade Runner finisher is the same move as Alex Shelley’s Shellshock.

Now, onto my controversial statement. The Young Bucks are a great tag-team, who can tell a story in a ring. The Motor City Machine Guns are simply better, in my opinion. I find their stories easier to follow, and their moves look a little less fake than some of those of the Bucks (looking at you, Meltzer Driver). Most of the Guns’ moves involve jumping and springboarding, but with less twists and flips. This gives them that more realistic edge, which the Young Bucks sometimes lack. I enjoy watching both teams, but MCMG keep it that little bit more real.

Motor City Machine Guns vs Generation Me (the Young Bucks).