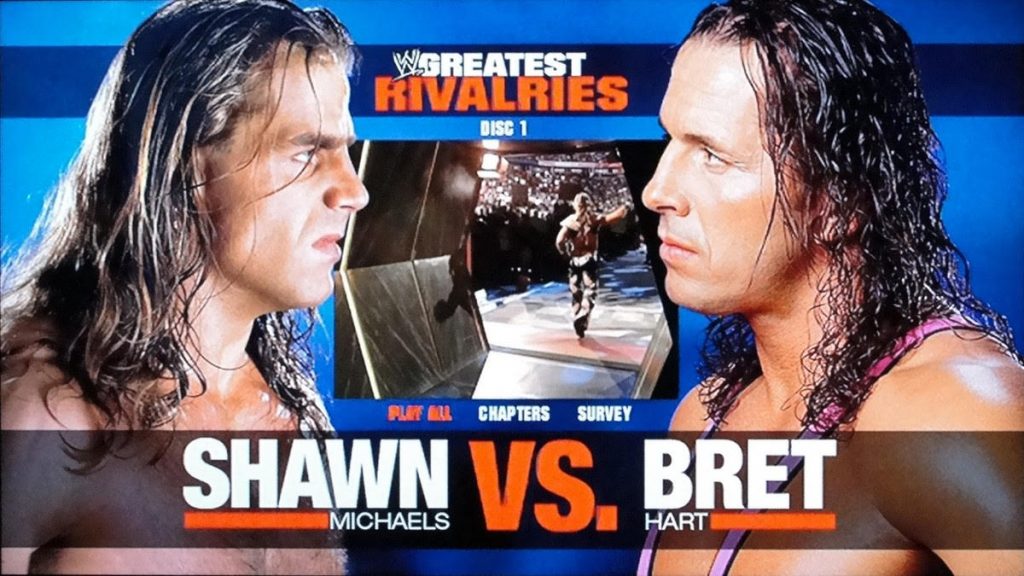 The events that took place on November 9, 1997, when Vince McMahon screwed his champion out of the title not only changed the course of the WWF, but the entire industry as a whole. For new fans, you may be wondering why something that happened almost 25 years ago is still talked about today and why it played a huge part in why the WWE is still around today. The simplest explanation is that Bret Hart getting screwed over created a domino effect that helped the WWF to overtake WCW and lead to its highest profitability up to that point.

The WWF was losing the Monday Night Wars against WCW at this point and the company as a whole was struggling to compete with WCW. Top stars left in droves for the guaranteed money for fewer dates. Two of the biggest stars in the company hated each other’s guts both on and off screen. As I have discussed previously, when wrestling is able to add or embrace realism into a story it creates the most compelling stories.

It was public knowledge that Bret and Vince McMahon had a falling out after WWF told Bret they were going to default on their new 20-year contract they signed with him. They allowed him to negotiate with WCW and he was out the door soon.

However, in an attempted apology and their own self-interests they were willing to help Bret land a bigger deal with WCW, by letting Bischoff believe he was in a bidding war for Bret, when in reality he was bidding against himself. The problem of course was he was the WWF Champion and the man that Vince McMahon wanted to replace Bret as champion was the one person Bret wouldn’t agree to lose to on his way out.

The animosity between Bret and Shawn, wasn’t always there and in fact both men said they were friends for years prior to their falling out. Both men were on similar paths in the company from tag teams to working their way up as singles stars.

The cracks in their relationship really started to form when both men essentially wanted the same thing and that was to be the WWF Champion. However, there were also hurt feelings from Bret Hart, who felt his ladder match idea that he pitched to Vince and worked a match with Shawn to show what it would look like was stolen from him. As this match took place prior to the infamous WrestleMania X ladder match with Shawn and Razor Ramon.

The issues between the two continued to escalate for years as in Shawn’s own words he was a nightmare backstage. The results may be predetermined, but egos are involved in backstage politicking for the top spots.

WrestleMania XII was set to feature the WWF Champion, Bret Hart defending the title against Shawn in an Iron Man match. Despite their behind-the-scenes issues, the two men had incredibly chemistry with each other and brought out the best in each other. It can be argued that they were each other’s greatest rivals.

Bret agreed to put Shawn over so Shawn’s “Boyhood Dream” could become a reality. As Shawn won his first WWF World Championship on the grandest stage of them all. However, what rubbed Bret the wrong way according to his WWE DVD Documentary was Shawn essentially telling Bret to get out of his ring because it was his moment.

The animosity would only continue to rise between the two. Bret said in his autobiography, that the original plan was for a re-match between the two at WrestleMania 13, where Bret believed Shawn would return the favor and do the job for him.

However, Shawn would leave prior to Mania with a leg injury, which Bret thought was just an excuse, so Shawn didn’t have to return the favor. In addition, according to Bret, prior to their infamous Survivor Series match, Shawn said he wouldn’t have been willing to do the job for Bret if the roles were reversed. This is a HUGE reason Bret didn’t want to lose to Shawn, according to Bret as he felt Shawn was being disrespectful and ungrateful.

The Road To The Screwjob:

At the 1997 Summerslam, Bret was set to challenge the WWF Champion, Undertaker for the title with Shawn Michaels as the guest referee. Bret and Taker absolutely tore the house down in this match. Bret was able to bring a style of match with Taker that no one else could.

The chemistry these two had created magic every time. However, this match wasn’t just about Bret trying to reclaim the title, they mixed in the real life and storyline issues with Shawn and Bret and the foreshadowing of Taker’s future rival, Kane. This was master storytelling at its finest as one main story branched into multiple stories in just one match. Shawn would eventually cost the Undertaker the match when he was aiming a chair for Bret and hit Taker instead.

This match could have been the catalyst that could have prevented the Screwjob from ever happening. The issues that all three men had with each other could have led to a triple threat at Survivor Series, where the Undertaker would have either taken the pinfall to make Shawn the champ or pinned Bret to get the title off of him only to lose it to Shawn at the 1998 Rumble for example.

The Undertaker himself said in an interview that the easiest solution would have been to have had him vs Bret at Survivor Series since Bret would have likely agreed to drop it to him out of respect:

Of course, that isn’t the road that they traveled with this at all.

Following Shawn costing the Undertaker the WWF Championship, they would face each other at the next event Groundzero and Bret would end up facing The Patriot. Bret would retain and Shawn and Taker would end in a no contest.

The road then led to Badd Blood, where Bret and the Bulldog took on Vader and the Patriot in a Flag match and Taker vs Shawn in the first ever Hell in a Cell match. The flag match is pretty forgettable, but the HIAC match is remembered for being one of the greatest cage matches of all time and the standard barrier for all future HIACs would be judged against. The other thing that it is remembered for is the debut of Kane.

However, again the path to the screwjob could have been avoided here since there was still unresolved issues between the Undertaker/HBK/Bret Hart. All three men had a legitimate claim to the WWF Title. Taker could have invoked his rematch and Shawn could have claimed he beat Taker and he deserved the title shot.

So, instead of the one-on-one match this could have been made into a triple threat, where in continuation of the Kane and Undertaker feud, can could have cost his brother the title. Taker is known for doing what is best for the company and could have taken the pinfall to give Shawn the title. It would have protected Bret, as he would have left as the champion that was never pinned or submitted, Shawn gets the title, which is what Vince wanted and Taker would have done what he has always done look out for the company.

Taker would go on to face Shawn for the title at the Rumble anyway, so including him in the Survivor Series match would have made sense. Taker could clearly say I had you beat twice Shawn if it wasn’t for Kane’s interference, I would have defeated you. Everything else could have played out like it did, but the screwjob changed everything for the better.

Unfortunate, But It Needed To Happen:

Although, that is the easy solution to insert Taker into the Bret and Shawn match, but as a result of the screwjob it not only increased Shawn’s heat, but it gave birth to the Mr. McMahon character. Leading up to Survivor Series, Bret’s on-air frustration with the lead commentator, Vince McMahon, was on display. Up to that point, on TV he was not acknowledged as the owner.

The now infamous “Bret Screwed Bret” promo would be the moment the WWF was about to skyrocket as the greatest heel in the history of the business was born out of the Screwjob and placing the blame on Bret for being screwed was the perfect heel promo. As fans would eventually see on the Wrestling with Shadows documentary, that Hart and McMahon were arguing for weeks about the finish.

If the screwjob, never happened, the Mr. McMahon character may have never been born as the promotion was struggling against WCW at the time. The McMahon vs Austin rivalry that emerges is arguable the most pivotal storyline that helped save the WWF and go ahead of WCW.

The Attitude Era that was fueled by the Austin vs McMahon story and the incredible roster of talent and compelling stories helped save the company. Without the screwjob taking place it may have never happened if Austin vs McMahon didn’t happen when it did. It may have eventually happened when McMahon brought Tyson in to promote WM 14, but the heat he had from Survivor Series greatly helped take it to another level.

As I said, the screwjob could have likely been easily avoided, but considering the ramifications of what came out of it, it needed to happen. It devastated Bret Hart and that is horrible that they couldn’t work something out for him to stay in the WWF, because the WCW run is not a highlight for his career at all.

However, the heat that was created by the screwjob helped propel the company to new heights. The sad irony is the two people in the center of the controversy, Bret Hart and Shawn Michaels, weren’t there to get the rewards. Bret was gone in WCW and Shawn would go down with a back injury a few months after the screwjob and be gone for 4 years. Both men would eventually bury the hatchet 13 years later and are friends today, but the event that took place 25 years ago changed everything.