Honestly: The Man Behind The Cryptic MITB Video is Edge 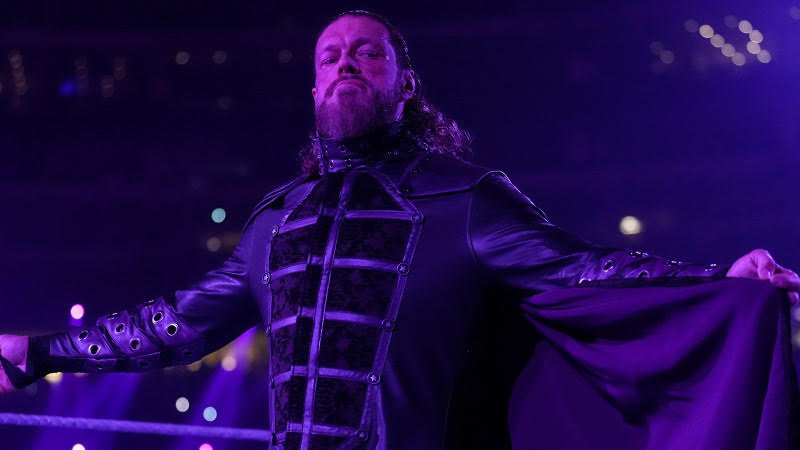 It’s been a long time since WWE has used iconic cryptic videos, but when they do it creates a buzz

WWE embraced cryptic videos over the years hinting at someone’s debut or return and were notorious for including little easter eggs that the fans would immediately try to decipher. The most notorious ones from the past are probably Chris Jericho and the Undertaker, who have had multiple ones over the years. Fans dug so deep into Jericho’s 2012 return video that they were looking for things not even there:

“They were looking too deep into it – WAY too deep. It was just supposed to be a creepy thing. My idea was that it was the Mayan calendar in 2012 saying it’s the end of the world and I was going back and it’s the ‘end of the world as you know it.’ That means that if one day you are walking down the street and you find a dog, and then the dog lives in your house, then it’s the ‘end of the world as you know it.’ It’s the end of the way that you used to live and it’s a new world. The girl we just put in because she was creepy looking. There was never supposed to be a girl coming in with me – there wasn’t a change of plan. It was exactly what it was intended to be – a cryptic little cool thing that led to me coming back and doing what I did.”

At the end of the day fans were engaged and cared about what the video was leading to so in my opinion that is a good thing.

Last night’s mysterious cryptic video, immediately made the internet blow up with speculation from fans that it was Bray Wyatt returning to WWE. It has been a long time since Bray Wyatt has been involved with wrestling since his departure from WWE and with him recently teasing a return and the tone of the video fans immediately thought it had to be him. However, if you look at the clues in the video as I will do in this piece, it is just wishful thinking from fans that this video is for Bray Wyatt.

In a lot of ways, it reminds of the old 2-21-11 vignette that fans insisted was for Sting coming to the WWE. Fans were adamant that they saw things like smoke spelling out STG. That vignette was just for an Undertaker return. This video is the same way it isn’t for Bray Wyatt it for the return of Edge.

This entire video included pieces of only one man’s past and that was Edge and considering how he left WWE and Undertaker being one of his mentors, it comes as no surprise he would use a video like this to play mind games on Finn Balor and the rest of Judgment Day.

The candles could be referring to his days in the Ministry of Darkness and/or the Brood. Those days were fundamental in shaping Edge’s career. Undertaker featured candles in his entrance videos and vignettes over the years. You will also notice in the left-hand corner a chalice with a dark liquid in it which is probably supposed to be blood. Which is something deeply connected to the Brood as its leader, Gangrel, would carry it to the ring.

Edge has embraced his Brood past since his return to WWE, so it is no surprise that it would be represented in this cryptic video.

Images of crosses are planted throughout the video; these can be a nod to his Ministry days or possibly an acknowledgment that Judgment Day think he is dead. The cross is synonymous with the Christian faith which based on resurrection of Jesus Christ, so is this being treated as a hint of Edge’s resurrection/return. WWE has certainly used religious elements in the past with the Undertaker and with Edge embracing that type of style it would certainly fit. Undertaker was the conscience of the WWF/E and with Edge being the most senior member on the active roster and someone that learned directly under Undertaker it would make sense. Both as a member of the Ministry with Taker and eventually as an opponent.

If there was one image in the entire vignette that eliminates Bray Wyatt from the possible man behind the video it is this one. Bray wasn’t even in wrestling when Eddie Guerrero was alive. Edge has a couple ties to Eddie both from feuding with him and after his death being in a stable, La Familia, with Eddie’s widow, Vickie, who he “married” in a storyline. Like everyone that knew and worked with Eddie, he was beloved, so it isn’t a surprise that Eddie would be included in the video covering some of the biggest pieces of Edge’s career.

This image created another section of fans insisting that it was for Gable Steveson, but honestly the tone of the video and the rest of the imagery doesn’t fit at all. When Gable Steveson debuts expect WWE to push and promote him in a lot of the same way they did with Kurt Angle in 1999, as the Olympic Gold Medalist. Now, the reason for the Gold Medal in this video is in reference to Edge’s history with Kurt Angle. From teaming with him as part of Team ECK and to his feud with him that resulted in Edge shaving Kurt’s head bald, which has remained so to this very day.

5) The Sleeve and Glasses

This imagery is obviously in reference to the feud that propelled his career, the infamous rivalry that Edge & Christian had with the Hardy Boyz (sleeves) and the Dudley Boyz (glasses). The infamous ladder and TLC matches defined and likely took years off the careers of every man involved in those matches. Arguably, the greatest rivalry in all of tag team wrestling, because these six men had chemistry together like no others before or since in my opinion. Edge of course also had singles feuds with both Matt & Jeff Hardy during his singles career as well.

6) Graffiti On The Wall and Lighting

Now this one I fully admit I may be reading too much into it, but the video showed graffiti and Edge’s original entrance video and vignettes in 1998 also featured alleys with graffiti and used red lighting as well.

Again, this is likely a callback to possibly the Undertaker because he has done the silhouette image of the white background and dark figure. Also, if you go back and look how Edge keeps his hands during an entrance it corresponds to this image as well.

The Purpose Of The Video:

As I detailed above all the imagery leads to Edge, but the purpose of the video is 100% to play mind games with his likely Summerslam opponent, Finn Balor. Edge hasn’t forgotten what Balor did to him stealing his stable from him and leaving him lying.

There were images of locks in the video as well which may be a hint that a darker and more sadistic side of Edge was locked away. Because of the betrayal it is about to be unlocked, and Judgment Day has no clue what is about to be unleashed on them. Essentially, they have underestimated how dark and sadistic Edge can be and they will regret crossing him.

Considering he was under the learning tree of the Undertaker both on and off screen, and Taker was the master of mind games this fits perfectly for Edge to follow in his footsteps. Ultimately, this is leading towards an Edge vs Balor match at Summerslam. It will likely only be the first match between the two in this saga and it will likely lead to a match with both the ultimate dark and sadistic Edge vs the heel version of the Demon Balor.

This could be the perfect major feud in WWE that can fill the void left by the Rollins vs Rhodes saga, and Edge vs Balor are certainly capable of delivering classics.

Edge’s second chance of a career serves two purposes, it allows Edge to hopefully end his career on his terms and to work with and elevate new talent like only a giving veteran like Edge can do. It is no coincidence that Christian is doing the same thing in AEW right now as well. Both Edge and Christian, are incredibly grateful for this second chance and want to give back to the business that they love and putting over the next generation of talent. Whether it is just being in the ring with them or doing the actual job for them, when the bell rings those talents that shared the ring with them should be more over than before the match started.

Edge sees a lot in both Balor and Priest, so I’m sure he wants to get them over and will do so in the ring. I’m sure he will do what he can to help Ripley as well, perhaps this will result in a Beth Phoenix return or another new female talent to work with her. Christian being unavailable to partner with Edge against Balor and Priest, will likely result in Edge either recruiting someone else from his past or another new talent to give the rub in his feud with them.

If done right, this feud with Judgment Day could be a good thing for everyone involved in the feud, the fans and WWE as a whole that needs to elevate new stars.