Honestly: The Fiend should not be wrestling. 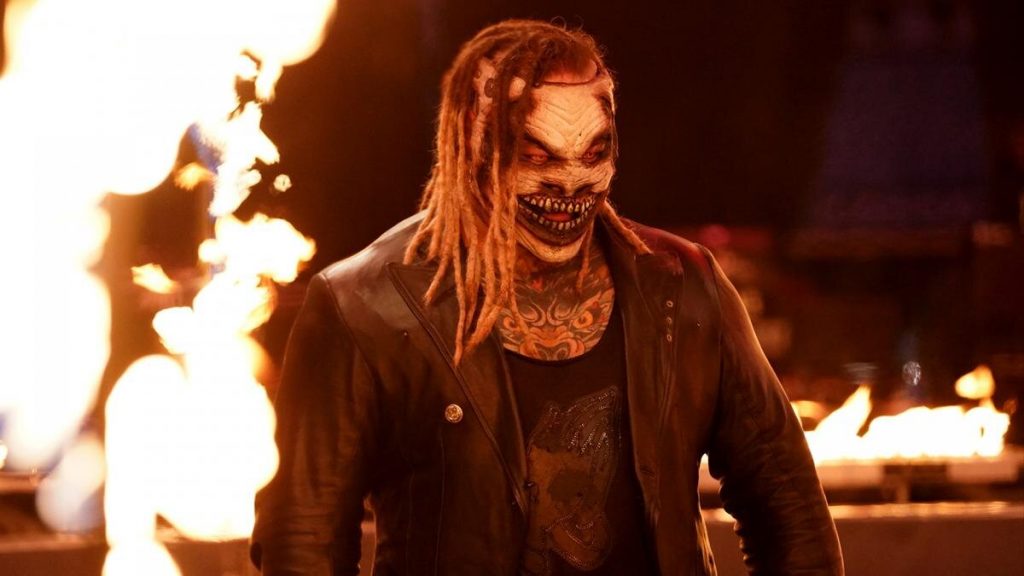 The Fiend is the grunge film lovechild of all the traumatic horrors that Bray Wyatt endured throughout his 11 year tenure in WWE. Whether it was the subtle soundbites of the Fiend’s theme being a drowning spiral of Bray Wyatt’s former melody or the statement portrait of a new lamp being made out of the face of Bray Wyatt, this new character acted as a complete nosedive into a fictional wonderland. It utilized the ability for wrestling fans to simultaneously combine a suspension of disbelief and a smart knowledge of backstage politics in order to present a nuanced expose on the wrestling industry. While Firefly Funhouse segments toyed with the fascination that Vince McMahon had with muscles, the Firefly Funhouse Match against John Cena fully embraced this abstract approach. Through constant camera cuts and subtle imagery, the Fiend was able to be portrayed in a monstrous manner that overcame both backstage and in ring obstacles. However, as soon as we were just about to “Let him in” the Fiend came crashing down to the squared circle.

Within the lore of Bray Wyatt’s universe, the Fiend has no reason whatsoever to participate in a traditional wrestling match. The Fiend bravely treads the line between being above the professional wrestling industry and existing within it. By treading this line, the Fiend was able to psychologically defeat the character of John Cena without throwing a single punch but this also means that he should know well enough that wrestling within the ring serves him no good. Within the ring, he is vulnerable to DQs within a cell, he is subject to the whims of the Saudi government, and he is prey for big dogs that aim to wreck everyone and leave. If the Fiend aims to showcase the complex system beyond Gorilla, he knows to do it psychologically and emotionally not physically. By keeping him restricted to the rules between the ropes, the Fiend puts himself at a disadvantage to complete his main objectives so it should not happen in the first place.

Taking this argument into a more realistic manner, the Fiend simply does not work when it has to sell moves within the ring. Part of the allure of Bray’s new character is that it seems impenetrable to the emotional and physical ramifications of an everyday wrestler. The yellow beetle eyes and the eerie unwavering grin show no emotional effect to promos and the flurry of offensive moves showcase unstoppable physical prowess. Once you start to see the Fiend in pain, it makes all future no-selling unbelievable.

The Fiend is a once in a lifetime character that can leave a serious impact on the wrestling industry should WWE treat it with the respect that it desperately craves. Bray Wyatt has created a paradoxically vague yet dynamic entity that has the potential to create blockbuster feuds in the future. If the Fiend is able to stay outside the ring and inside the heads of future prey, this friendship will never ever end.