Honestly: The Dudley Boyz are the Greatest Tag Team of All-Time 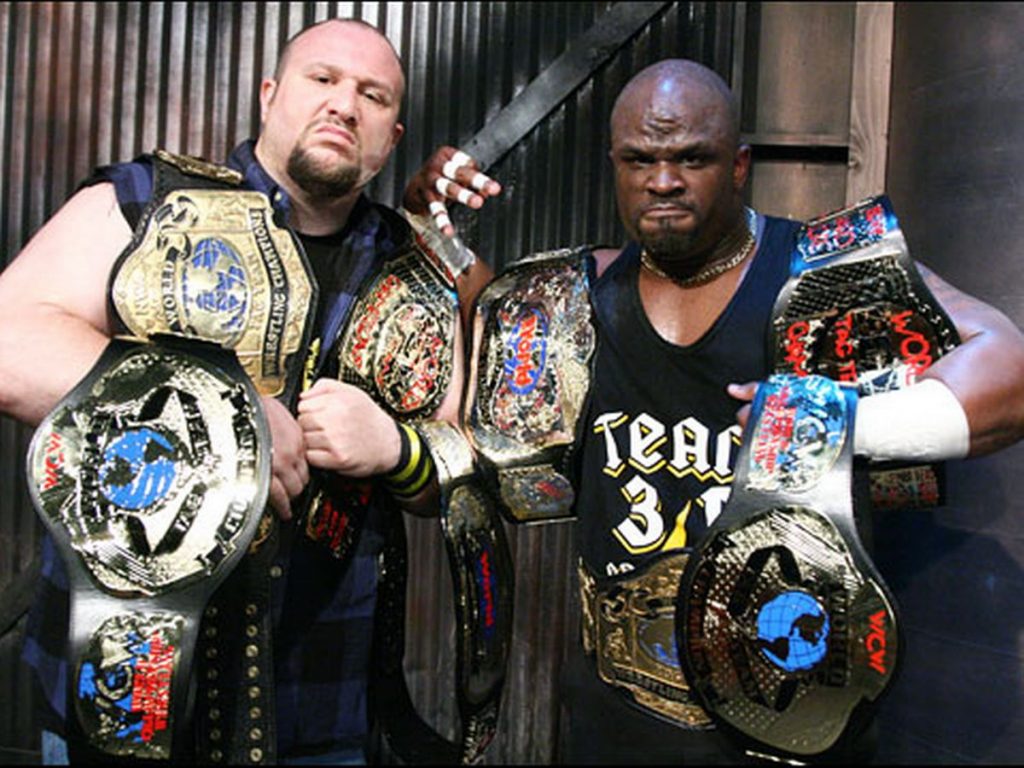 Let me start this article by stating this is my subjective opinion and unlike Dave Meltzer, I do not pretend my opinion is fact like he does when he proclaims the Young Bucks as the greatest of all time or even WWE recently declaring the New Day as the greatest of all time. In Dave’s case, the Bucks are his friends, even naming a move after him so of course his opinion is biased. In WWE’s case, the New Day are their longest reigning tag champs of all time and are still active wrestlers for them, so are they really going to declare any other team greater? No. Often times the Road Warriors are called the greatest of all time. The thing is with any statement of declaring anything the GOAT, it is nothing more than subjective opinion. I like the New Day and I like some of the stuff the Bucks do but honestly, calling them the GOAT isn’t accurate in my opinion.

There is no question that tag team wrestling was forever changed by the Road Warriors as they were the team that proved tag team wrestling could not only main event a territory but it could be a bigger draw than a singles match. The Warriors dominated everywhere they went and left bodies of their opponents laying as they tore through the territory. They were copied for years whether it was Demolition or Ascension or the AOP just to name a few but none could match the magic the Warriors had.

So you may ask, why wouldn’t I consider the Road Warriors the GOAT? Well to be honest, as much as I like the Road Warriors, if I look at it objectively did they really build anyone up besides themselves and for the most part the answer is no. They often refused to lose to other teams and left territories after there was no one left for them to beat. Over their careers, the team of Hawk and Animal held 14 tag team championships together and are one of the greatest teams of all time but I don’t think they are the GOAT.

To me to truly be considered the GOAT in pro-wrestling, I think you need to check all these boxes:

1) Great in the ring

2) Connect with an audience

6) Have legendary matches and moments on the biggest stages

So for me, the Dudley Boyz check all of these boxes. They are the most decorated tag team in the history of the business winning the tag team championship in every promotion the team worked. They are the only team to hold the top tag championships of ECW, WWE, WCW, NJPW, NWA and TNA. Yes, I’m well aware the WCW reign happened in WWE but it still counts. In total, the Dudleyz held 25 tag team championships over their careers as a team. So that is almost double the number of reigns that the Road Warriors had.

However, more important than the reigns is that the Dudleyz helped build their tag team divisions everywhere they went and instantly made them bigger draws than before their arrival. The birth of Bubba Ray and D-Von as a tag team was in ECW and they quickly established themselves as a premier team there. Working with the Eliminators, the Gangstas and RVD & Sabu, they helped build ECW’s tag team division and went on to win the ECW tag team championship 8 times there. They gained the attention of the WWF who wanted the Dudleyz and arguably that the loss of the Dudleyz was the biggest loss ECW ever suffered and the company never truly recovered.

The Dudleyz immediately began a feud with the APA in the WWE and it was a hard hitting affair. Though things really started to escalate once they began a feud with the Hardy Boyz and Edge and Christian. This rivalry helped make the WWF tag team division the best tag division in the world and must see for wrestling fans. The birth of the TLC match and the matches these teams had together on the biggest stages of them all helped build every team up and helped elevate the tag titles, the division and the company as a whole. The Dudleyz had no problem putting other teams over because they knew it was for the good of the division as a whole. The Dudleyz would go on to hold 9 WWE tag team championships and became the last WCW tag team champions. They had many legendary matches, feuds and moments that would define their career and the WWE tag team division forever.

They would leave WWE due to money and creative differences and their departure greatly hurt the WWE tag team division but they went to TNA, where they instantly elevated their tag division as they were the most established team in a division of homegrown tag teams. They would go on to feud and have rivalries with AMW, the original LAX, Beer Money and the Motor City Machine Guns to name a few. These matches helped elevate every team that the Dudleyz faced especially if the Dudleyz put talent over which they did. They would also get the opportunity to face one of the most legendary teams in the Steiner Brothers, who really made their name in WCW. A fact that Scott Steiner quickly pointed out that the Dudleyz WCW title reign has an asterixis next to it since they won it in WWF not WCW. They would go on to hold the NWA tag team titles (the last to hold them during the TNA era as they were stripped of them when the NWA cut ties with TNA) and the TNA tag team titles twice. They would also win the AJPW Strongest Tag Determination League tournament, IWGP Heavyweight Tag Team Championship twice and Hustle Super Tag Team Championship once during Japan tours during their TNA years.

The Dudleyz would make one last return to the WWE looking for a 10th WWE tag title reign which sadly they never did get (personally I think it was mistake not to give them one). They would go on and feud with the New Day and the Usos. The Dudleyz put over both teams and instantly made those teams bigger stars for having worked with the legendary Dudleyz and on top of that beating them. This return would be short lived as D-Von would retire and Bubba would go to ROH to compete as a singles star.

The Dudleyz are the only tag team to be inducted in the TNA and WWE HOFs and there is no question they left their mark on every promotion that they worked as a team and left their tag divisions in better shape than before their arrival. It is for these reasons that I stated above why I consider the Dudley Boyz the GOAT.

Career Accomplishments as a Team (according to Wikipedia):

o    Match of the Year (2000) vs. Edge and Christian and the Hardy Boyz in a triangle ladder match at WrestleMania 2000

o    Match of the Year (2001) vs. Edge and Christian and the Hardy Boyz in a Tables, Ladders and Chairs match at WrestleMania X-Seven