Honestly: The Biggest Breakouts Of NXT 2.0…So Far 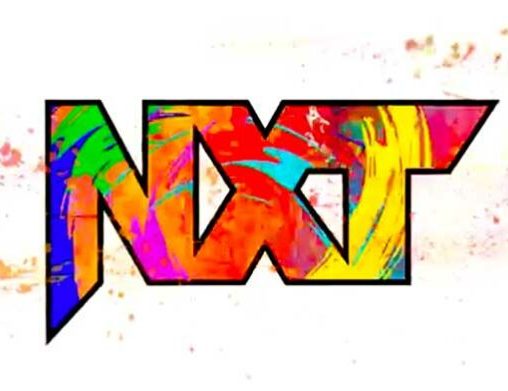 When the word came out that NXT was going to be re-branded and Vince McMahon was going to be more involved and was going to focus on younger talent, every wrestling fan knew the NXT that we knew since 2014 when it really came into its own on the WWE Network and became the hottest brand in the wrestling world for fans of professional wrestling and not sports entertainment was going to be no more. As we have seen countless NXT stars go to the main roster and be changed and wasted or NXT’s biggest star, the longest reigning champion in the brand’s history, Adam Cole, jump to AEW to avoid the creative direction that was pitched to him. Now it is looking like the heart and soul of NXT, Johnny Gargano, may also be looking for the exit as his contract is expiring soon and has removed all WWE and NXT mentions from his social media profile and changed it to say Professional Wrestler. As horrible as this all is for the NXT brand, the new NXT 2.0 has been a completely different character driven show and more like the developmental brand as it always truly was despite people saying no it’s an equal brand to Raw and Smackdown. NXT Takeovers were always the MUST SEE shows for professional wrestling fans and it is yet to be seen if that is one tradition that carries over to 2.0 or not.

Anyway, there are some positives to talk about here with the new NXT 2.0 and I think that is these 3 performers really have stood out to me as talents that could really be something special as they continue to develop.

A fact that WWE refuses to acknowledge despite the fact one look at him, every wrestling fan on the planet that is familiar with the Steiner Bros. can instantly tell he is a Steiner and if there was any doubt, he sounds exactly like his uncle Scott on the microphone. Now there are rumors and speculation as to why WWE doesn’t want this obvious fact mentioned on TV. One being that WWE prefers to own the names of their performers, which is a long held tradition in the company. It is also possible that they see a lot in the guy and don’t want the generational talent curse be saddled on him because there have been more unsuccessful second or even third generations than successful ones. For the longest time they dropped the Flair name from Charlotte and eventually brought it back. The final reason which I think is definitely playing a role there is a lot of bad blood between WWE and Scott Steiner. So it’s unlikely we would see the Steiner Bros. appear on TV with him but I do think Scott would be willing to put that animosity aside to help his nephew. Personally, I think you have Bron establish himself and eventually change the name to Bron Steiner and bring in his Dad and Uncle in whether it be for a moment or perhaps one match together at a Takeover as a 6-man tag. Maybe a stable has been beating down Bron and him being a typical Steiner is ready to fight the world by himself and Regal comes out and says Bron, I can’t have you in a handicap match at Takeover but these gentlemen want to be your partners and out come the Steiner Bros….that is when he takes the Steiner name.

Anyway enough with the fantasy booking, Bron in the ring reminds you instantly of a combination of both Steiners. He does the ground game like his father and throws and over powers his opponents like his uncle. He has mannerisms that he has clearly taken from the Steiner Bros. but the biggest is his promo style and even his voice sounds almost identical to his uncle, Scott. In addition, his tie dye singlet is in tribute to his father as it is similar to the one he wore. https://www.youtube.com/embed/kj9ytO8nnew
https://www.youtube.com/embed/tMa4RbbUbfU

The promo above even got the attention of Seth Rollins and he made it a point to use “shit” in his next TV promo:

It is clear that Bron is the one that the company has the most invested in and see him as a future big time player. They made it perfectly clear he was viewed as the future by having him debut and beat the former Million Dollar Champion, LA Knight and immediately having him confront the reigning NXT Champion, Tommaso Ciampa, literally minutes after winning the title. Making it clear that he wants the title and doesn’t care that Ciampa just reclaimed the title.

At Halloween Havoc, Bron will challenge Ciampa for the championship and considering the role he is on and the focus that they are placing on Bron, I could see Ciampa putting him over and perhaps a returning Samoa Joe, comes out after to have a staredown with Bron. A feud with Samoa Joe could be interesting especially since Scott Steiner has history with him. Although WWE doesn’t blatantly use the Steiner name, it has been hinted on commentary at one time they said Bron was a dog faced gremlin and I could see Joe say something I use to know someone just like you and I kicked his ass and I’ll kick yours too. Either way, Bron is the guy to keep an eye on because he has that IT factor and could be someone huge in this business.