Honestly: The Appalling Finishes Ruined Hell In A Cell 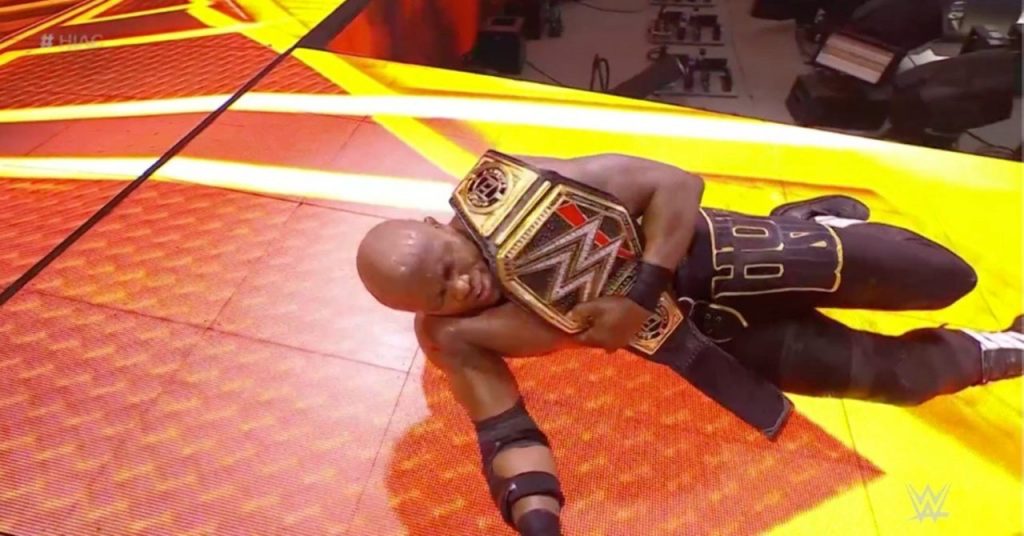 Last night was the Hell in a Cell PPV, headlined by Bobby Lashley vs Drew McIntyre for the WWE Championship. There were several fun matches on the card, or at least that’s how it appeared until the match finishes proved to be detrimental, not only to the matches, but to the show.

Out of a card of 6 matches, only 2 had straight forward finishes that made sense. Bianca Belair defeated Bayley in clean fashion, and Sami Zayn defeated Kevin Owens in clean fashion. Every single other match on the card had a sloppy or nonsensical finish.

Beginning with Seth Rollins vs Cesaro, this was a match that was fun to watch up until the end. The match began with an entrance run in by Seth, and would continue to be pretty much a brawl.

This was an exciting back and fourth match, with both men getting good offense in. It was hard to predict who would walk out winner, as it was a close match. In the end of this entertaining matchup, it was Seth Rollins who got the better of Cesaro via Small Package roll up. Talk about a party pooper.

Up next on the list of abominations, is the absolute abomination itself. Shayna Baszler vs Alexa Bliss. If what has been happening on RAW was any indication for this match, we should have known better than to expect anything less.

This was pretty much a quick match that made no sense at all, not just the finish. There were a few moments of Reginald trying to distract in order to assist Shayna. That wouldn’t last for long, as it appears Alexa mastered hypnosis over night. In the middle of offense by Shayna, Alexa would stare into Shayna’s soul, causing for Shayna to put a pause to her move, swinging the advantage Alexa’s way.

Alexa would then do the same hypnosis to Nia Jax, and hit a DDT and Twisted Bliss to Shayna for the win. What in the world???

Charlotte Flair vs Rhea Ripley was absolutely fantastic up until the screwy ending. In fact, it looked as if this match was going to become match of night, had it gone a little longer, and not undergone a bad finish.

This was another back and fourth match like Seth vs Cesaro. I’m sure the general consensus coming into the match was that Rhea would retain, however, come match time it wasn’t as easy to tell. Charlotte and Rhea put on a classic for what it was worth, with several counters and big move offense.

In the closing moments of the match, the fight goes to the outside, and ends by DQ due to Rhea throwing the announce table cover on Charlotte. What a way to knock all the wind out of a great match.

In the main event of the evening, Bobby Lashley and Drew McIntyre faced off in Hell in a Cell. This was another great, solid, match ruined by its finish.

Both men were made to look insanely strong, with Drew McIntyre putting on a whooping to Lashley. Bobby had an answer for everything for the most part, as he would get his lashings back in nearly right after. Both men had great intensity in this match, and appeared as if they really were trying to end each other.

The match consisted of a couple of table spots and chair shots, as well as kendo stick action. In the end, it was a collision with the referee, that allowed for MVP to sneak into the cell, as the outside official had to now come in and take over. Drew quickly isolated MVP and seemingly took him out of the equation, only to have his hands back full with Lashley. This would continue for a couple of minutes, until MVP would get a final distraction in, allowing Lashley to get the roll up victory.

All in all, these sloppy, rushed finishes did more to hurt the show and matches, than it did to help. Matches were going great until the very end. We heard it before, no one really remembers what you did in all of the time of the match, what sticks with them is the ending. These finishes were detrimental to the entire show. If WWE hopes to create stars rather than hurt them, I’d hope that they realize finishes like these won’t do the favors.