Honestly: The AEW Partnership Has Done Nothing To Help Impact Wrestling 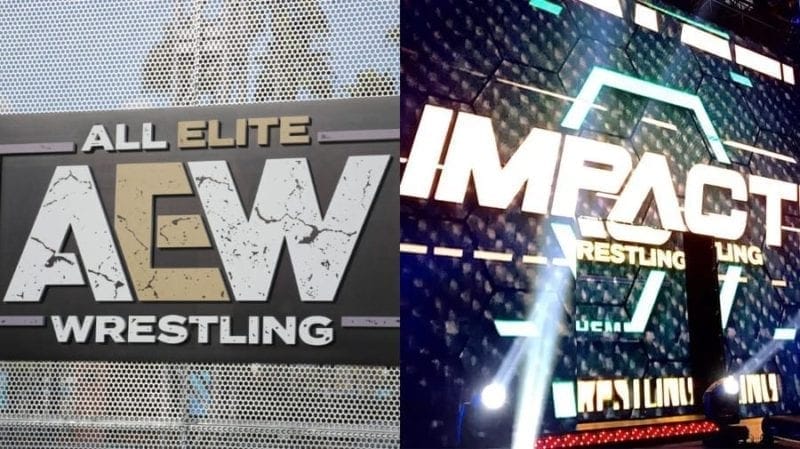 Impact Wrestling formerly known as TNA, has been around since 2002 and for almost 20 years has survived multiple ownership change overs, stars leaving, multiple network cancellations and rumors of their imminent demise constantly for almost the entire time of their existence. For the most part, fans have abandoned the company where they get well under 200K viewers a week for their TV product. Even at their peak they were reportedly never strong with PPV buys but since they were never a publicly traded company like WWE their exact numbers have never been revealed.

So in late 2020, when they made the shocking announcement that they were entering into a partnership with the AEW, the new upstart promotion with a huge TNT TV deal and a owner with a deep pocket book and arguably is the number two promotion in the world it got peoples attention. Fans immediately started fantasy booking dream matches and others questioned why would AEW want to partner with a company that barely gets any viewers? My initial thought at the time was that Tony Khan was using Impact to either lore whatever talent he wanted like the Good Brothers or possibly even buying Impact to gain the almost 20 year video library and takeover their streaming app for AEW. That may still be the long term goal of Tony Khan to do an app since WWE, NJPW and ROH all have them but they have extensive libraries which AEW does not have since they have only been around for a little more than a year.

It became clear instantly that Impact was getting treated like garbage and beneath AEW, the very first episode that the new AEW World champion, Kenny Omega showed up the impact announcers were hyping him up like he was the greatest wrestler and biggest star of all time. They literally showed his trailer and if you didn’t know any better you’d think The Rock was in that trailer. The problem with this is they made a bigger deal about him than their own World champ. I’m not saying Rich Swann was a bigger star than Omega but you don’t promote some other company’s champion as a bigger deal than your own, that’s just dumb to give your audience the perception that your champ is less than theirs.

The biggest problem is week after week, these AEW infomercials would air with Tony Khan and Tony Schiavone, where they constantly berate how bad Impact is and how beneath them that they are and proceeding to hype up their next episode of Dynamite. Did Impact retaliate or rebut these shots by AEW? Nope. They were literally airing segments that told the audience yeah this show sucks and you should watch our show. Watching Impact made it seem that this was the pre-show for AEW Dynamite, the Sunday Night Heat equivalent before Raw. This move made zero logical sense why Impact would agree to air these segments as they didn’t build to a match or some grand storyline.

Then came the champion vs champion, where all the parties involved were adamant there must be a winner unlike the old WWF vs NWA champ matches from many years where it would always end in a count out or DQ. So going into the match everyone knew the Impact champion, Rich Swann, had ZERO chance of beating Kenny Omega and they were right. So you now have Kenny Omega as champion of both Impact and AEW. So did Omega’s star power increase Impact’s ratings, has the AEW partnership done anything to help Impact TV ratings wise?

Well the answer is NO! Based on the weekly ratings of Impact for 2021 up until June 10 provided by Wrestlinginc.com, their ratings have actually gone down. Using this data I created this chart below which demonstrates their ratings have not been helped by this partnership:

So not only has the average ratings not gone up since this partnership and Kenny Omega being on Impact and wrestling on their PPVs, they have actually gone down so far since becoming champion. Impact also has the problem that their champion is now not even contractually under their control and AEW likely does not want their champion to lose to anyone from Impact to make Omega look weak. So the likely scenario is that Omega will either end up being stripped of the Impact World Championship or will lose it in a multi-man match where he is not pinned or submitted. This protects Omega and AEW and Impact gains nothing because whoever becomes Impact World champion didn’t actually beat Omega.

So based on all of this information, I firmly believe that Impact has gained nothing out of this partnership deal with AEW. AEW got air time to promote their show and promote their talent and had the visual of Omega holding multiple world championships but Impact talent have gained nothing from this other than the Good Brothers who are on both shows every week. Partnerships are supposed to be beneficial to both sides and this seems pretty one sided and certainly not a win-win for Impact.