Honestly: Tanahashi Is The Greatest “Ace” In Wrestling Today. 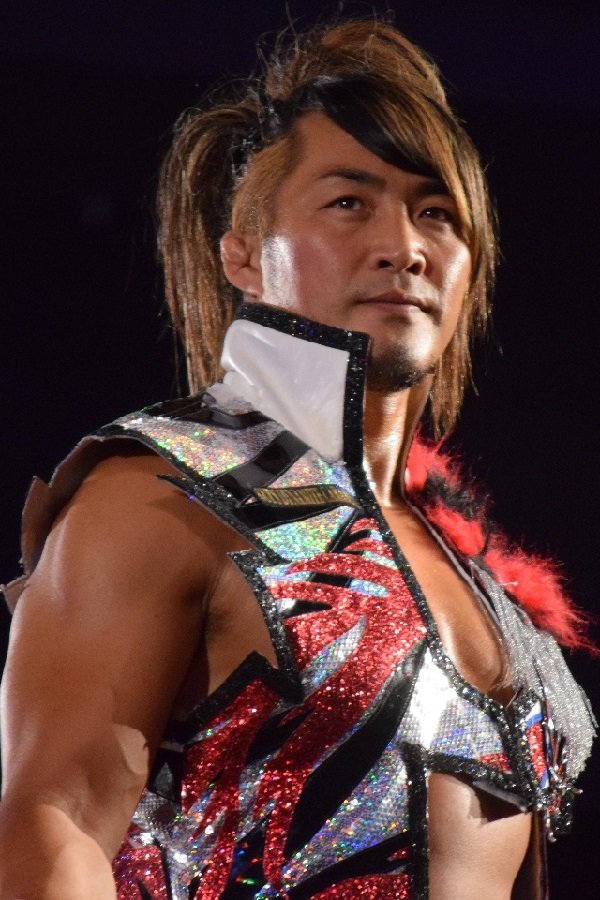 The idea of the “ace,” has existed for a long time in wrestling, even if the term is relatively new. Essentially, a promotion or company has a star that is a reliable draw and/or exciting worker. This performer is not necessarily the top champion, but likely a main eventer. To take historical examples, Hulk Hogan and Steve Austin served as “aces,” regardless of being face or heels. However, the traditional idea, and the one I’ll be focusing on, is a babyface “ace.”

The Face That Runs The Place

WWE currently has the most well known “ace,” in John Cena. Big Match John is portrayed as a heroic face who has traditionally overcome most odds. He’s defended American honour, the integrity of pro wrestling and the WWE around the world. Yes, he’s lost some feuds and matches, but has generally tended to win when it matters most. However, I would argue that the current greatest “ace,” in the world is not John Cena. Instead, I’d look east, to New Japan Pro Wrestling’s Hiroshi Tanahashi, to see the true holder of that title.

Flawed Before It Was Cool

Tanahashi is a veteran of New Japan, debuting in 1999. Since then, he has held most of the promotion’s belts and won multiple G1 and NJ Cups. He has never turned heel, although his character possesses a streak of arrogance that has been his undoing multiple times. For example, Tanahashi dismissed the challenger he faced at the New Beginning 2012. This young man had just returned from excursion and barely scraped past YOSHI-HASHI. Who was this “Rainmaker,” to challenge the Ace Of The Universe? The rest, as they say, is history. One Rainmaker lariat later and Okada won his first championship.

This cocky streak is partly what makes his character more believable than some historical “aces.” Whilst Hogan and Cena were presented as morally superior, with no major flaws, Tanahashi has consistently been a more nuanced character. We’re now seeing a trend of more nuanced and believably flawed “aces,” but I’d argue that NJPW were ahead of their time with Tanahashi.

Another reason why Tanahashi is, in my opinion, the greatest ace of all time is that beating him truly matters. It seems obvious that beating a company’s top player is a sign of big things to come. But AEW and WWE have a habit of dropping the ball on this when it comes to young stars. When Jungle Boy wrestled Chris Jericho to a time limit draw, I was expecting a big push. Instead, he stalled in the lower midcard. When Shinsuke Nakamura pinned John Cena, fans expected him to be the one to dethrone Jinder Mahal. Instead, Mahal held onto the belt.

However, New Japan has consistently made beating Tanahashi a big deal. There’s the obvious example of Okada in 2012. A more recent example might be the 2018 New Japan Cup. I’d urge you all to read this article about how Zack Sabre Junior was legitimised by this run. However, there’s no doubt that him forcing Tanahashi to tap out was the crowning moment in this incredible run. To slightly twist the quote, “to be a man, you’ve got to beat the man.” ZSJ’s career in New Japan was set as soon as he locked in Orienteering With Napalm Death and forced the Ace of the Universe to submit.

So, there you have it. Hiroshi Tanahashi is the greatest “ace,” in professional wrestling today. Tanahashi has served NJPW’s fans with dedication for over 20 years, drawing crowds and getting huge pops ,win or lose.  Not only is it always a big deal when someone beats him, but he portrayed a flawed babyface character before it was cool. That’s why I firmly believe that Hiroshi Tanahashi is the greatest “ace,” in wrestling today.