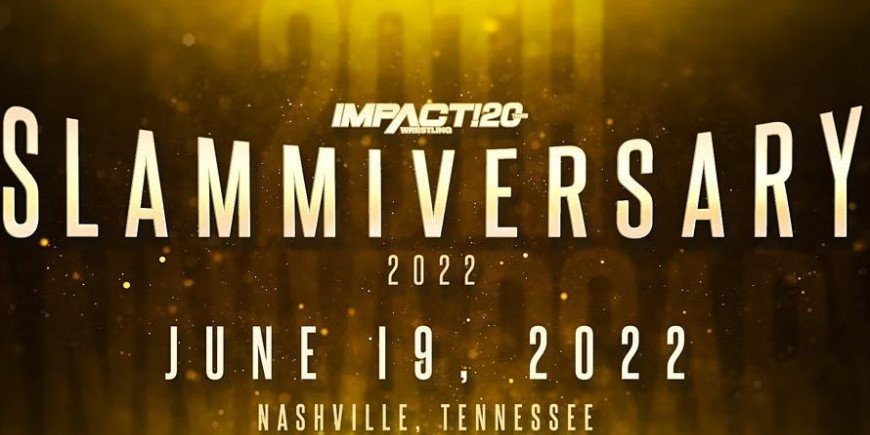 The best anniversary shows should honor the past while also embracing the future and, in my opinion, this show had the perfect mix of both.

When you look at the history of TNA/Impact Wrestling, this has been a promotion that everyone from fans and “experts” all said they won’t last, but 20 years later they are still alive and kicking. No promotion made more bizarre booking decisions, change over in rosters, TV network cancellations, backstage turmoil and ownership changes, but despite all this has survived. It is a promotion that I think is often overlooked but is producing some of the best weekly wrestling product out there today.

I wanted to take a look at some of the highlights for me from this show, as it was one of the most fun shows, I have seen this year. The pre-show featured an enjoyable digital media championship match with Rich Swann successfully defending against Brian Myers and featured a signature match from Impact’s past, the Reverse Battle Royal. Personally, I’ve never been a fan of this Russo Era match concept, but for a nostalgic show like this I enjoyed them bringing this back for the show. This match did feature the oldest old school ever delivered as 72-year-old, Mike Jackson walked the guardrail. TNA Original and fan favorite, Shark Boy, picked up the win, which was the smart play here.

Kicking The Main Show Off With A Bang:

No division has defined TNA/Impact’s history like the X-Division, so it made the most sense to kick this show off with the incredible style of the X-Division. The first match of every show should set the tone for the rest of the show and this match did that in my opinion. All of these men absolutely delivered in one of the best opening matches to a PPV this year from any company that I have seen. This match delivered all the necessary “wait no way are they going to do that…oh my God they just did!” moments that we have come to expect in an Ultimate X match. This was an absolute highlight reel match, and the finish was handled incredibly well too. The way Mike Bailey just stayed kneeling up there on top of the X celebrating his win despite being an insane height was incredibly dangerous and gutsy.

After this match, they cut to blast from the past, former WCW and TNA interviewer, Scott Hudson. It was great for Impact to bring him in for this cameo and he got to introduce Sting for the first time in a very long time. I commend AEW for allowing Sting to do this and for letting Kaz wrestle on the show as well.

This was a great moment to see Sting one more time on a brand that he represented for a long time after WCW closed. As he talked about how much TNA meant to him.

It was incredibly classy of Impact to pay tribute to Bob Ryder as well, who was very instrumental in the launch of TNA.

Kurt Angle recording a video for the show, was another great move as he was instrumental in adding legitimacy to TNA and had some absolute classic matches for the promotion.

I absolutely loved this highlight package that Impact put together in tribute to the iconic voices of TNA, the legendary Mike Tenay and Don West. I knew it was unlikely that Don West would appear due to his health and Mike Tenay appears to have no interest in appearing in wrestling anymore. These men were an unbelievably great commentary team and played a huge part in the company’s history.

Another signature match in Impact’s history, the Monster’s Ball match, which is a straight up hardcore war. Personally, the concept that the men are placed in an isolation room for 24 hours with no food or water is kind of cringy as it is cheesy, but Moose and Sami absolutely delivered in this match. It is a little detail, but Moose wearing white pants was a brilliant move because it picked up Sami’s blood perfectly adding to the visual of this match. They pulled out all the standard hardcore staples of trashcans, barbed wire and tacks, but did some unique things as well. One spot had Moose trying to spear Sami, which Sami dodged like a matador dodging a bull and Moose ended up spearing himself into a trashcan. It was different and a great visual. Sami picked up the hard-fought win, but both men should be incredibly proud of the work they are doing.

When you have two of the best tag teams in the business today going at it on PPV, the chance of a great match is high. These men fought at Multiverse of Matches, with the Briscoes representing ROH and the Good Brothers representing Impact and the Good Brothers picked up the win. As expected, these men went to war on this show and delivered a great performance, but once again the Good Brothers picked up the win. AEW & WWE’s loss for not signing the Briscoes is to Impact’s benefit, and I don’t think this is the last time these two teams go to war with each other.

Post-match saw one of the greatest teams in Impact history, America’s Most Wanted (AMW) make a surprise reunion appearance, sharing a beer with the two teams. Personally, I’d love to see these three teams face each other for the tag titles in the future.

Before the next match, we saw the returns of Cristy Hemme as a ring announcer for the next match. Executive Scott D’Amore, dressed in his old Team Canada attire for guest commentary and lastly former owner, Dixie Carter, return to announce Team Impact’s mystery fifth partner, Davey Richards. I commend MLW for allowing Richards to participate in the show.

The absolute look of shock and anger the camera shot got when Eddie Edwards heard and saw his former longtime tag team partner, Davey Richards announced as the mystery man of the opposing team was perfect.

This match absolutely delivered as the former ROH alumni that no longer have honor, faced a team TNA/Impact alumni made up of arguably the best tag team TNA ever produced the Motor City Machine Guns (MCMG), NWA’s Nick Aldis, AEW’s Kaz and MLW’s Davey Richards. I again commend AEW, MLW and NWA for allowing their talent to appear on this show. This match was everything it needed to be and more as Team Impact picked up the win. This match also allowed TNA alumni and wife of Kaz, Traci Brooks to play a part taking out Honor No More’s Maria. Also, a very touching moment as Brian Hebner and his legendary father, Earl Hebner got to pay tribute to the recently deceased Dave Hebner.

Then the shock of the night, WWE returned the favor Impact gave WWE, allowing Mickie James to appear in the Rumble. WWE allowed arguably the heart and soul of TNA, AJ Styles, to make a surprise video return after 9 years away from the promotion to pay tribute to the company. This was incredibly classy thing for both AJ and WWE to make this happen.

Breaking down barriers once again, as the knockouts of Impact showed the world that they could put on one hell of a performance if given the opportunity. These ladies absolutely delivered in this one and definitely showed the world what they are all made of after that performance. Jordynne Grace picked up the impressive win, but the most memorable spot of the night was the insane drop from the top of the ladder that Chelsea and Deonna took landing on tables outside the ring. These ladies are as tough as nails. Absolutely an amazing performance from all of the knockouts in this match.

TNA’s first backstage interviewer, Goldilocks, even made a nice surprise appearance prior to the main event.

Now when this match was first announced I wasn’t sure if Eric Young was the right choice for this monumental main event, but considering he was in TNA from the very beginning this was a nice nostalgia choice. Josh Alexander has taken over the mantle of AJ Styles as the heart and soul of Impact Wrestling. These men absolutely delivered a classic and was the perfect choice to end the show with Alexander retaining as he should. Both men pulled out moves from TNA/Impact legends past from AJ Styles, Jeff Jarrett, Samoa Joe, Kurt Angle and Christopher Daniels. Alexander’s gear paid tribute to Main Event Mafia, Kurt Angle with the singlet and his TNA & Impact kneepads paid tribute to Styles and Joe as well.

Impact absolutely delivered a show that was a perfect mix of tribute to the past and embracing the future. The only people I wish that could have had some type of presence on the show would have been the founders, Jerry and Jeff Jarrett, but considering the bad blood there, I’m not surprised they didn’t participate in the show. However, it was a great show, and it is also to my knowledge the first show to ever feature talent from Impact, AEW, NWA, MLW and WWE in any capacity whatsoever, Congratulations Impact and delivering a great show and here is to many more years of great content for the fans.

Honestly: Liv Morgan’s Title Reign Has A Lot Of Potential

Honestly: The Man Behind The Cryptic MITB Video is Edge