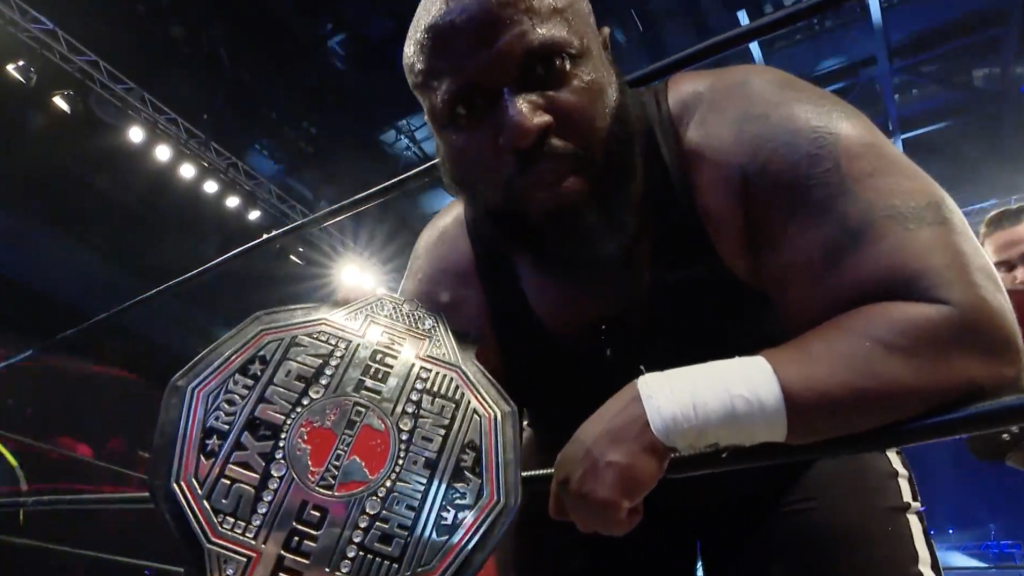 As I watch the Product known as Ring of Honor more and more I have a constant struggle with understanding certain things. Such as The Promotions of certain shows. When you look at every poster you automatically seeing names like Bandido Or Rush and Of course the Members of the Foundation. But the one thing that has been showed the past few years is Shane Taylor Promotions not getting there promotion on any posters or commercials or anything.

For Years Shane Taylor by himself created one of the most historical Ring of Honor Television Championship reigns in recent memory and since that reign he has been a top player in not only Championship pictures but as a Main event as well and Ever Since Aligning himself with S.O.S (Sons of Savagery.) This Unstoppable Trio has been in my opinion the Greatest 6 Man Champions as well as the best 6 man team in a Long time.

Many people stick to the basics when it comes to being a champion. You defend the title then wait for the next challenge STP is different because they give out fresh opportunities. In the span of 3 months they have faced teams such as Mexi-Squad, The Foundation and New Age teams such as Primal Fear and This past weekend defending there championships against Incoherence. This team is more then a Basic faction or a Group with the regular goal this is a Group that deserves more Respect and Frankly more Honor for what they do because At the end S.O.S, O’Shay Edwards, Ron Hunt, and Of Course Shane Taylor Himself are the Future of Not only ROH But the future of Wrestling.