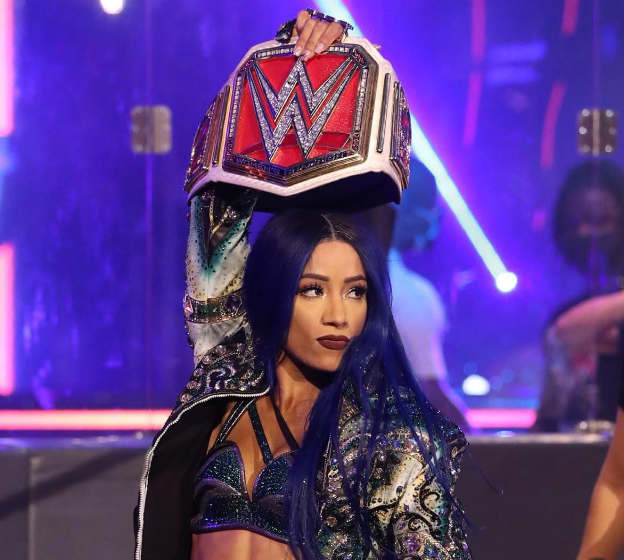 I’m sure I’ve got eyes narrowing at the heading alone, but you need to hear me out. There are undoubtedly numerous names that have contributed to the growth and legitimization of women’s wrestling throughout history, but no one has done it like The Boss.

Appearing on Stone Cold’s Broken Skulls Sessions podcast, she explained that her gimmick developed from watching the manner with which her first cousin, Snoop Dogg, presented himself, and the way those around him always called him ‘boss’. As The Boss, she magnifies her natural swagger, confidence and charisma through everything ranging from her facial expressions and small mannerisms to her mic skills and in-ring ability. Her alignment with Becky Lynch in NXT and establishment as the self-proclaimed leader and mastermind of their duo catapulted her to stardom, but after the pair split, she proved that she could thrive alone just as much as she did in alliances.

She has been able to craft compelling stories and matches with her character psychology, often intimidating her opponents by mockingly imitating their signature poses and phrases mid-match and through her tenacious words on the mic. She garners heat extremely well and has gone to great lengths to do so, including ripping Bayley superfan Izzy’s headband off and mocking her for crying in the middle of their Ironman match at NXT TakeOver: Respect, taunting Lacey Evans’s family at ringside during an episode of Smackdown, disrespecting legends, and so on. In an industry where it is getting harder to create genuine heel heat, Banks does it with ease.

Banks has proven to possess an unrivalled aptitude for in-ring psychology. She usually tailors her method to weaken the signature offense of her opponents. For instance, when wrestling competitors such as Ronda Rousey and Becky Lynch, who are both known for their arm bars and submission-centered approach, she is consistent at attempting to weaken their arms. This has resulted in maneuvers such as the straight jacket hold and double-knees to the arm becoming part of her regular arsenal.

Conversely, she is also a convincing seller – which is arguably a trait that is sorely missed in many of today’s matches. In instances where she is selling her arm, she capitalizes on the resourcefulness of unconventional objects around her. For example, Rousey’s onslaught on Banks’s left arm during their Royal Rumble match caused the latter to apply her signature crossface – The Bank Statement – with one good arm and use the straps of her gear as a functional second arm. Similarly, in her WrestleMania main event showing against Bianca Belair, she used Belair’s braid to strengthen her hold while applying the same move.

Another match highlighting Banks’s creativity in the ring throughout is her 2020 Hell in a Cell bout against Bayley. The match consisted of a unique string of offense, with a major talking point being Banks’s use of a table and the cell to deliver her trademark meteora with additional leverage, momentum, and therefore impact. Lastly, Banks masterfully cultivates emotionally charged atmospheres in the ring that are instrumental in triggering fan interest, whether it is as a heel with a superiority complex who is constantly trying to convince her opponents that they would be nothing without her, or as a fan favorite attempting to gain retribution after being betrayed. In her aforementioned HIAC match with Bayley, her burst of emotion and brief moment of hesitancy after mercilessly raining down on her former friend helped put the magnitude of their match and story into perspective. Just a few examples out of many, Banks’s inventiveness and storytelling has helped usher in a new era of genuine fan interest in women’s wrestling.

Banks has made history countless times, and a few of these accomplishments include being one half of the first ever women’s main event in WWE PPV history and being part of only the second women’s main event in Wrestle Mania history, as well as the first between two African American competitors. Seeing as to how the biggest wrestling company in the world has entrusted her with the task of delivering at such high stakes time and time again, it is hard to deny that her talent and passion for this industry has helped her truly change the game and cement her legacy as the best in the business.