Honestly: Santana and Ortiz should be next for AEW Tag Team Championship Match. 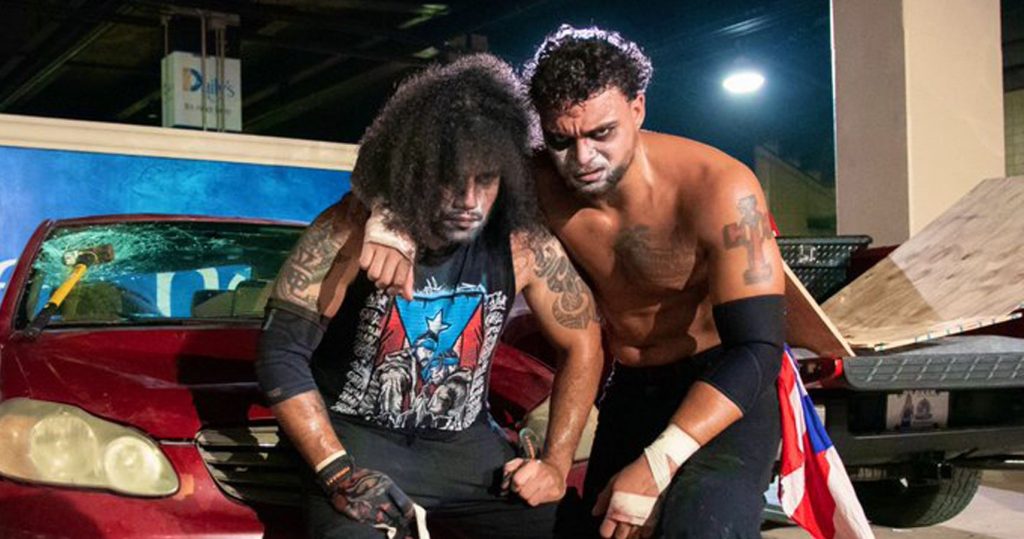 Santana and Ortiz since day one have done nothing but impressive the wrestling world with there tag team chemistry not only in the ring but outside the ring as well. These two men have been in companies all the way from Impact Wrestling when they were LAX all the way to All Elite Wrestling now being called Proud N Powerful as well as members of the inner circle.

These two men have done nothing but improve week in and week out that they deserve the top spot on the tag team rankings. For months now they have shown they can dominate as they have competed on Dark, Elevation, Dynamite, and of course big time PPVs. This juggernaut of a team has done nothing more then successful succeed no matter which show AEW puts them on. The one thing that would always strike me as odd is the amount of tag title opportunities that they received since coming to AEW. Now the same can be said for multiple teams, but it seemed like Santana and Ortiz was Never in the spotlight until there first title shot on February 17th of this year. After that match with the young bucks it seemed like more eyes were not only on the Inner Circle as a group but these two as a dominating team and seeing how things turned out months later it shows that these guys cracked it up from a perfect 10/10 to a solid 17/10.

As the months pasted in 2021 these two began to get big time Victories like in Stadium Stampede and of course multiple AEW Dark victories and even there most recent match on the September 1st edition of Dynamite getting a victory over FTR. These men have shown that they can hang with not only the big stars, but they can shine on any stage they want at any given point. From the hard hitting matches on Impact wrestling against the current number 1 contenders the Lucha brothers, to gang wars against OGz and Eddie Kingston, all the way to fighting off the mean streets of New York all the way to showcasing some of the best tag team wrestling in this current generation as well as the past. With all these facts in mind this shows that No one hits harder and no one grinds harder, and no one fights harder then Santana and Ortiz so whoever wins at All Out and leaves with those Championships it’s time to defend them against the Best. THE BEST. THE BEST.