Honestly: Roman Reigns Is The Best Heel World Champion Today But Who Should Dethrone Him? 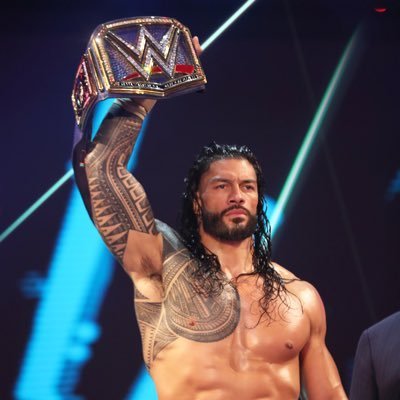 It is truly amazing to me how bad WWE tried to get Roman over as a babyface for years and the smarks weren’t having any of it. They even brought his cousin the Rock in as a surprise to raise his hand when he won the Rumble in Philly in 2015 and the crowd booed mercilessly. They literally didn’t learn from their own past when they originally brought the Rock in as Rocky Mavia in 1996, they pushed him as a babyface and the crowd buried him. He finally got over when he became a heel and now he is at that status the crowd will love him no matter what he does.

I remember thinking at that time the same thing I said about John Cena, let him become a heel, it is a hell of a lot easier to get the people that love you to hate you than getting those that hate you to love you. WWE never did turn Cena heel which is a lost opportunity but they finally let Roman become the badass heel Samoan. Creating this character the tribal chief and leaning into his family’s legacy is pure brilliance. Forcing his cousins the Usos to fall in line under him as he puts it the head of the table all fits and makes sense. Adding Paul Heyman as his advisor is perfect too because of his ties to his family and no one is a better “advocate” than Heyman. He knows how to add to a presentation and no one does it better than him putting the focus on his clients.

During an unprecedented time, Roman has carried Smackdown and honestly his feuds have been the most interesting and compelling feuds out of Raw and Smackdown. Roman has feuded with Jey Uso, Kevin Owens, Daniel Bryan, Edge and Cesaro in the past year over the WWE Universal Championship and he has beaten them all since taking the title from the Fiend at Payback 2020. To me, I love a long dominate reign because if done correctly it elevates the person holding the championship, the people who challenge for it even if unsuccessful and the person that finally dethrones the champion.

See in wrestling everything should be building towards something even if the audience doesn’t know right away what that something is and that is ok because you want the audience to be surprised and ultimately happy with the payoff. Everything being done should mean something and build toward something else because you want to keep the audience hooked, Now to be perfectly honest promotions today seem to forget this simple principle as they often times feel like they are just throwing things against the wall hoping something will stick.

Now AEW has sorta made it abundantly clear that Hangman Page will likely be the man to dethrone Kenny Omega for the AEW Championship…even Stevie Wonder can see that coming. I’m not criticizing AEW on this because the fans clearly want Hangman to win it but I prefer to be surprised and honestly giving the belt to Hangman is long overdue in my opinion. Anyway, unlike AEW, as far as we can tell WWE hasn’t decided on who will dethrone Roman but to give them the benefit of the doubt because as fans we don’t know everything maybe they do have someone in mind.

Kevin Owens certainly deserves another world title reign after his last one was cut short for a Goldberg return and Cesaro certainly deserves to win his first but it was the right call not to end Roman’s reign yet. Bryan was leaving the company so giving him the title would have been a waste especially with no crowds in the building due to the pandemic and the same is true for Owens and Cesaro that a crowd being there is a must. Now at Wrestlemania, I could have seen a scenario where Edge pinned Bryan to win the title so that you could do the storybook moment of him winning the title 10 years to the day he was forced to relinquish his World Heavyweight Championship and into retirement. Roman not being pinned would have made the argument simple you didn’t beat me and would have led to the return match that Roman would have won since Edge only wrestles like 5 times a year.

Since that didn’t happen, I don’t think Edge wins it at Money in the Bank but it is certainly possible with it being a big show with fans there but I think it is unlikely to happen. So I know what you are asking, who do I think should beat Roman? Let me start with saying the man that beats him needs to be believable, a surprise and someone the crowd will love to see win it and lastly beating Roman the unbeatable champion will elevate this talent…to me that only means this man:

Keith Lee has been MIA off of WWE TV for months with the rumor being a concussion injury but no one not even Keith is confirming it. Now since being called up to the main roster WWE has somehow screwed up his booking. To me, Keith Lee is pure money, the crowd loves him, he is incredibly athletic for a man his size and from all accounts is very respectful and well liked backstage. He had an incredible moment at the 2019 Survivor Series representing NXT against SD’s Roman Reigns as they were the final two in a brand supremacy Survivor Series Elimination match. The crowd absolutely popped for this moment and Roman even said after their first encounter ever in the ring he wanted to work with him again.

Assuming he can get cleared health wise, what better moment than at a major PPV like Summerslam then to have Adam Pierce say Roman you’ll be defending the Universal Championship against a mystery opponent? Now I personally wouldn’t reveal the mystery person until he comes out for the match. You could tease it for weeks perhaps even hint that it is Owens or Cesaro or one of the Usos making Roman and Heyman paranoid. I’d even throw out it is someone that you faced before maybe even look at Heyman and go you know him. The audience will know he means Brock and that will lead Heyman to try and convince an already paranoid tribal chief that his loyalty is to him and it’s not Brock.

Keith Lee checks all the boxes to dethrone Roman Reigns and to make this dominate reign mean the most that it can mean. It will elevate Keith Lee and the crowd will be both surprised and likely love it. Giving the belt to Brock or even the Rock (rumored match up for Survivor Series) does nothing for either man and hurts a dominate reign with a payoff that is less than satisfying.

WWE needs to let Keith Lee be himself and book him like NXT did, the big man knows what to do and he could be an amazing champion that does what a great champion is supposed to do elevate his opponents, the title and puts butts in seats and eyeballs to the product.