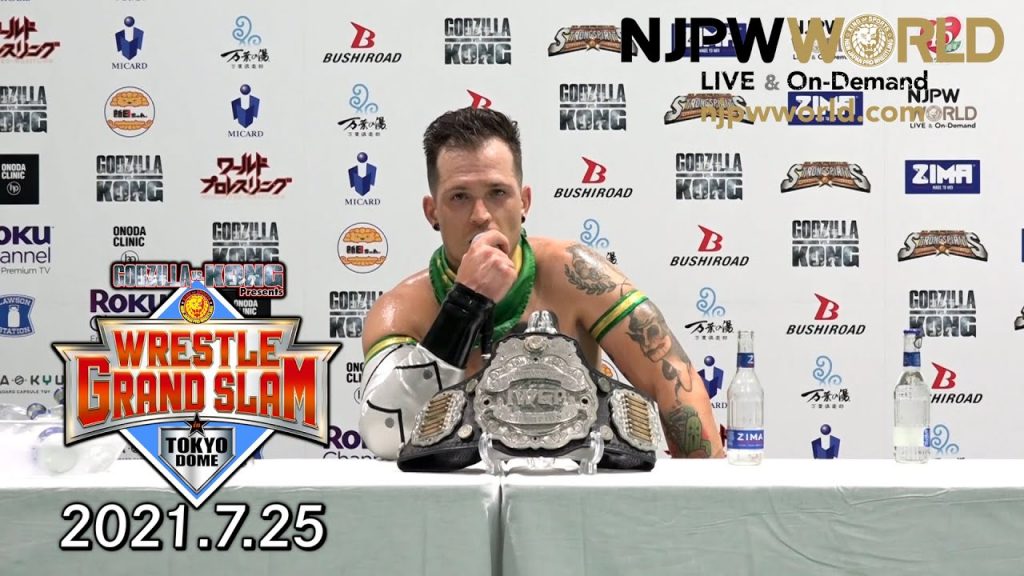 New Japan Pro Wrestling hasn’t had the best pandemic. Some problems, it couldn’t avoid, like travel restrictions trapping talent overseas or a spate of injuries and illnesses in the main event scene. Other problems, namely some sub-par booking, are of their own making. However, one of the bright spots of the pandemic (and the last few years in general) has been Robbie Eagles. The current IWGP Junior Heavyweight Champion is criminally underrated in my opinion, working at the top of a very talented division. In this article, I’ll set out the reasons why Eagles is absolutely soaring high right now.

Despite the mess of the main event scene, which I’ve alluded to in the past (see my article on Shingo/Okada), the Juniors have held their own throughout the pandemic. El Desperado’s title reign allowed the division to quickly stabilise after Takahashi vacated the belt due to pectoral injury. Despite only defending it twice, Despy’s run with the belt established him as the division’s current top heel. It took the unknown quantity of the Sniper of the Skies to dethrone the champion, a beautiful story by itself.

El Desperado told Robbie Eagles that he was a nobody. No one cared about his work in Australia, and he was irrelevant in New Japan. To add injury to insult, the champion actively targeted Robbie’s legs with a steel chair to shut down his striking. However, after fighting through the pain, Eagles locked in the Ron Miller Special and won the match. Robbie won his first singles title after being underestimated. He continued to leverage the fact that most of the Juniors aren’t prepared for him to score a major win over Hiromu Takahashi at Wrestle Grand Slam.

However, there is a weakness built into Robbie’s game, namely his reliance on kicks. As such, if an opponent is prepared for Eagles, he could be overcome. This is consistently demonstrated by Eagles (who is also an amazing seller), groaning in agony every time he climbs the ropes.

Moving away from specifics and in-ring work, Robbie’s story arc in New Japan has been one of the most satisfying. His defection to CHAOS from Bullet Club and rise as a singles star was a nice change from heel turns.

The culmination of this face turn and rise to the top is of course this title reign. Naturally, with the return of Takahashi (NJPW’s preferred Junior Ace ), Robbie’s days as champion may be numbered. However, due to his top-tier ring work, storytelling and general performance since signing with New Japan, I honestly believe that Robbie Eagles is soaring high right now.