Honestly: Richard Holliday is one of the most Underappreciated Heels in Wrestling 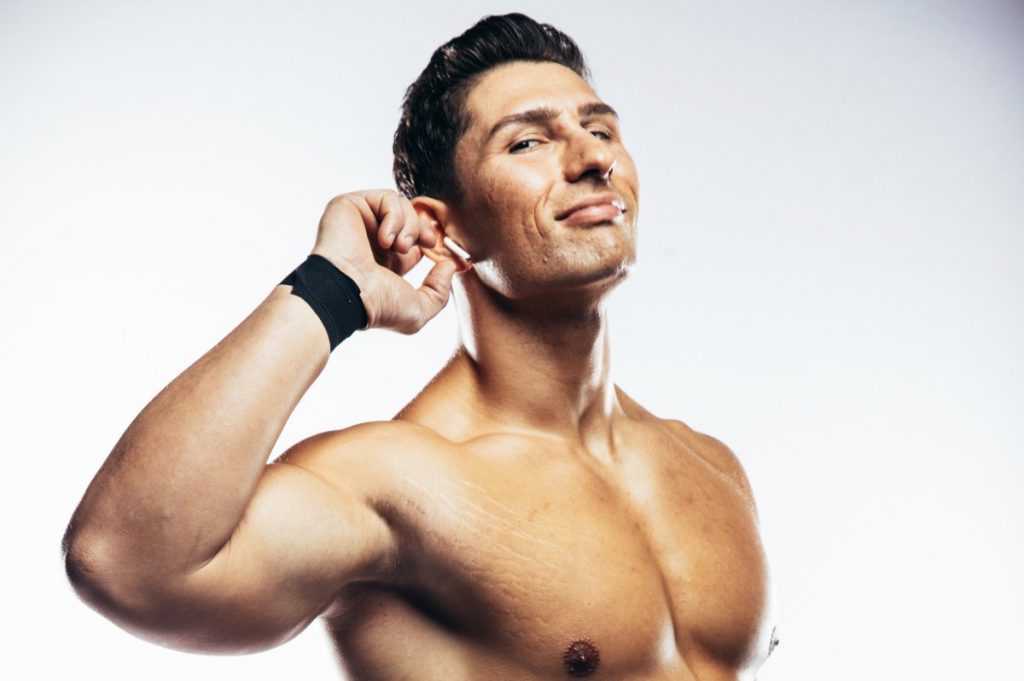 In the world of pro wrestling, there is the classic face- heel dynamic. The face is the good guy that works to gain the support of the crowd. The heel is the bad guy that works to rile anger and gain jeers or “heat” from the crowd. For many more seasoned wrestling fans, however, the heels of the pro wrestling world are those that people end up gravitating towards. Many wrestling fans appreciate the lengths that heels like Roman Reigns, The Young Bucks and MJF go to to make the fans hate them. However, many great wrestling heels fall under the radar due to not being in the mainstream eye. One of these heels that has perfected the art of being a wrestling heel is Richard Holliday. Richard Holliday is currently a competitor in Major League Wrestling and is presented as one of their top heels. After years of honing his skills and developing his character, Holliday deserves to be recognized as a fantastic heel character in professional wrestling and here are a few reasons why.

When Holliday first came into MLW, he presented himself with the character of a rich, pompous marketing agent, modeled after his legit degree in marketing. While the character at first was good, there was something missing. There was certainly room for growth and growth this character certainly got. For starters, Holliday would only address the fans as his “consumers,” those that would buy into what he’s selling and that people pay to see him and him alone. When Holliday becomes the IWA Caribbean Heavyweight champion after defeating Savio Vega, he takes it up a notch and begins calling his Latino fan base the “consumer niños.” Holliday’s ability to adapt his gimmick to a current storyline is absolutely flawless and seamless. Holliday also continues to adapt his gimmick through something simple but effective: the addition of coffee. Holliday constantly drinks an obscene amount of coffee to the point where it could be considered a full on caffeine addiction, however he decided to turn this into a marketing opportunity. This in turn leads to Holliday  developing an entire line of coffee, as well as coffee mugs to go with said coffee. Holliday’s marketing gimmick in the span of 2-3 years has improved tremendously and that is a testament to how creative Holliday is.

On top of having a great gimmick, Holliday has a perfect, egotistical heel personality that can be summed up in two words: he’s rich. Not only is he rich, but he makes sure that everyone knows he’s rich. Now, while some may feel that the gimmick of the rich boy with a trust fund has been done to death with people like Ted Dibiase Jr. and MJF, Holliday is able to twist the gimmick and not only make it his own, but is also able to seemingly modernize it. The most notable thing about Holliday’s rich boy persona that will be spotted almost immediately is his affinity for air pods. Holliday will have his air pods in his ears almost 24/7, only taking them out when he’s serious and means business. MJF even went as far as to get him oversized air pods as a gift which was hilarious. Holliday’s infatuation with air pods became so great that he began calling himself the “Air Pod God.” Holliday’s inclusion of air pods into the rich boy persona is honestly very creative at appealing to a more modern and younger audience. His ability to capitalize on the popular air pod meme where air pods signify that someone is richer than someone with corded headphones is hilarious and honestly genius.

Other than his infatuation with air pods, Holliday also relies on his mysterious lawyer/father (the slash is important.) Holliday constantly alludes to his father who also happens to be his lawyer, who constantly gets him out of undesirable matches like against the Von Erichs and even to justify holding the Caribbean championship for as long as he has. The idea of Holliday’s lawyer also being his father is hilariously creative as well because it not only presents Holliday as a cowardly heel that will find any way out of a match, but also runs to his rich dad to fix his problems at the same time. Holliday’s insistence on people calling him his lawyer/ father is also hilarious, adding to the annoyance level of his heel persona. Much like his “most marketable” gimmick, Holliday expertly takes a time old trope and creatively morphs it into a unique take on the character. Which brings me to my next point.

Many wrestling fans are familiar with the classic tropes of a heel wrestler. Tactics like refusing to come out and face an opponent, stealing a championship title and berating the commentary team are all classic staples of bad guys in professional wrestling. Richard Holliday utilizes all of these tactics, but in a very effective way. How is it effective? Because Holliday manages to incorporate these tactics into his character and make them one with his persona. As previously mentioned, Holliday expertly utilizes the presence of his mysterious lawyer/father to get him out of matches that he deems to be undesirable. Most wrestlers would fein an injury or fake a sickness to get out of competing against somebody. But forcing your lawyer to look through your contract and find a clause that prevents you from facing somebody is genius for a rich, prick character. Even the act of Holliday defeating Savio Vega and stealing the IWA Caribbean Heavyweight Championship fits perfectly into his character. Holliday claimed that his lawyer/ father found a clause in the contract against Savio that made that match an official title match, but MLW still refused to sanction the victory until months later. On top of that, usually when a heel steals a champion’s title, the storyline ends with the face beating the thief and taking his title back. However in the case of Holliday vs Savio, Holliday actually EARNS the championship and wins it in a sanctioned Caribbean strap match. However, the way he wins it is perfect heat as well, utilizing the presence of legit crooked referee Tim Donaghy to help Holliday gain the victory. While Holliday relies on old school heel tactics to gain heat from the audience, much like his character he’s able to spin it in a way that’s unique to him. His tactics are used by no one else in MLW and for good reason. These tactics only work for him because he made them that way.

AN ALL AROUND SOUND PERFORMER

One of the key ingredients to being a successful heel is the ability to cut a promo. You have to be able to bad mouth your opponents as well as the audience to get the intended negative response. Richard Holliday definitely has this covered. Holliday is easily the best promo guy in all of MLW, being able to coin catchphrases on a dime like the “consumers” and “consumer niños” as well as his signature line “you’re all breathing rarefied air” when people are in the presence of the Dynasty as well as himself. However some of Holliday’s best work comes in the form of his backstage interviews with Alicia Atout. The chemistry they have and the ability they have to bounce off each other so seamlessly has led to one of MLW’s best subtle storylines. Holliday’s promo ability creates this genuine sense of annoyance from other members of the roster, with people like Alicia and the commentary team almost refusing to even be in the same room as him.

A common misconception that comes from wrestlers that are good talkers is that that’s all they’re good at. A good talker is only over when they pick up a mic but in the ring they’re not that good. This is simply untrue for a great number of wrestlers including CM Punk, MJF and The Miz. Richard Holliday fits into this category as well. Holliday is an all around great in ring wrestler on top of being a great talker, being able to showcase beautiful athleticism, feats of strength like lifting King Muertes over his shoulders and the ability to get in ring heat as well like his antics with the Blue Meanie. Holliday is one of those heels that is able to break the mold of being just a good talker and be able to back it up in the ring as well.

Where do I even begin with this group of pompous, pretentious pricks. For those that might not know, the Dynasty is a faction composed currently of Richard Holliday and Alexander Hammerstone, with notable former members including Gino Medina and MJF. The faction found a considerable amount of success with Holliday and MJF becoming MLW Tag Team champions, MJF becoming the inaugural World Middleweight Champion, Holliday becoming IWA Caribbean Heavyweight Champion and Hammerstone becoming the inaugural and current National Openweight Champion. The group also had a number of memorable rivalries with groups like The Hart Foundation and The Von Erichs and other wrestlers like Mance Warner. The Dynasty is easily one of the most entertaining things in MLW history, with a group of egotistical, rich douchebags flaunting their wealth and dynastic lifestyle at the audience and the MLW roster. Their weekly segments “The Lifestyles of the Rich and Dynastic” are some of the most entertaining pieces of content on Fusion weekly. The formation of this group can also be attributed as the beginning of the rise of Richard Holliday. The amount of chemistry Holliday had with Hammerstone and MJF was absolutely amazing and came off as so genuine. Once Holliday joined MJF to form The Dynasty, this is arguably where Holliday came into his own in my opinion. This is where Holliday became comfortable with his gimmick and quickly realized who he was and how to portray that in the most effective way possible.

When discussing great heels in today’s world of professional wrestling, Richard Holliday should be a name that enters that conversation from this point on. The main reason for this is his ability to expertly cultivate heelish nuances that are unique to his character and his character alone. His character of the marketable, rich boy with a trust fund sounds cliché on paper, until you actually sit down and watch it in action. His ability to take old school wrestling heel tactics and make them unique to himself is flawless and something that more heels should begin to do as well. Even excluding his character work, Richard Holliday is an excellent promo, able to gain heat from any audience he comes across and consistently coins several memorable catchphrases. On top of that he backs up his great promo ability by being an all around sound in ring worker as well. He’s athletic, freakishly strong and able to gain heat during his matches through underhanded tactics. Do yourselves a favor and check out some of Holliday’s work, you won’t be disappointed. But just remember. When you start watching Richard Holliday, you’ll all soon be breathing rarefied air.

Honestly: Sasha Banks is Black Enough To Be A Black Champion