Honestly Proud n’ Powerful vs. FTR will be Feud of the Year 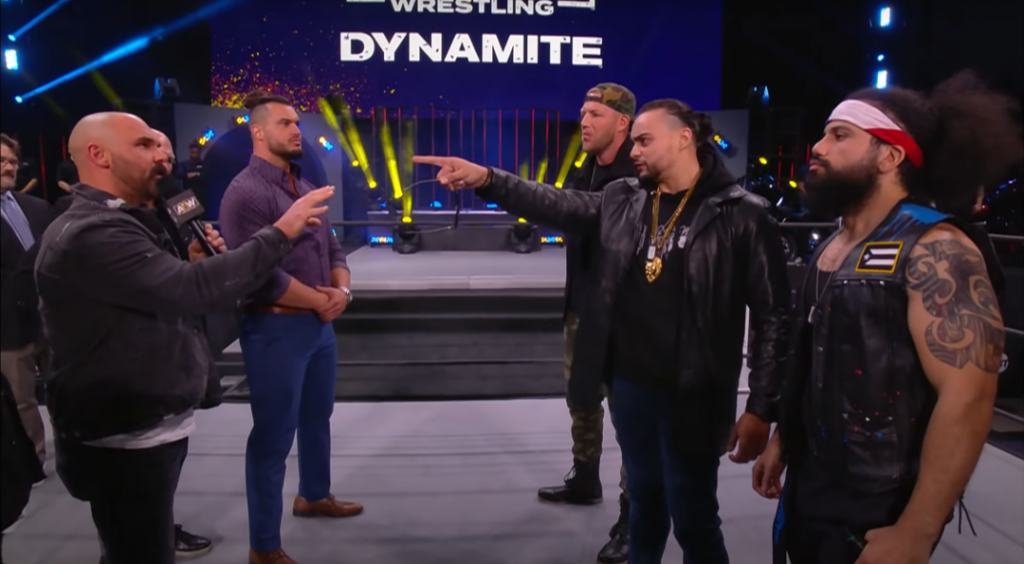 Wrestling is most effective and memorable when elements of real life blur the lines of reality and fiction. Stories such as the love triangle of Matt Hardy, Edge, and Lita in 2005 and the Summer of Punk in 2011 benefited greatly from the audience’s knowledge of behind the scenes tension. Such an effect is doubled down upon when the real life issue being broadcasted is one that the viewers can relate to or see within their own society. Kofimania was a storyline that highlighted systemic racism during a time period where the Black Lives Matter movement was in its early stages. As a result, viewers genuinely got behind the Kofimania storyline to the point of near topping the Yes! Movement in terms of crowd support. This successful formula of realism and symbolism is the bedrock of AEW’s feud between Proud n’ Powerful and FTR.

Within the larger feud between the Inner Circle and the Pinnacle, the dynamic between Proud n’ Powerful and FTR has been exceptionally detailed and brave. Through beats within their promos and ring style, the two teams reflect the modern day differences of the North and South regions of America. The North is characterized by progressive majority minority cities that scrape by within the projects while the South is characterized by traditional and rigid blue collar beliefs that have remained unchanged overtime. Respecting these progressive and conservative roots, Proud n’ Powerful have embraced modern day wrestling styles that highlight flashy and rapid sequences of attacks while FTR have retained the ground and pound style akin to the rasslin’ days of the territorial era. The promos exchanged between the two on the June 18th edition of AEW Dynamite bring further credence to this dynamic as both teams exchange how their upbringings have made them so uniquely different and superior to one another yet so similar at the core.

Tackling such a controversial yet realistic dynamic in American society can receive massive backlash as shown with the Cody Rhodes vs Anthony Ogogo feud, however that is completely disregarded with these two teams. The most powerful aspect about FTR vs Proud n’ Powerful is that there is no clear heel or face to generally support as it becomes completely subjective depending on the viewer’s own beliefs. Viewers who relate to FTR’s impoverished childhood or Proud n’ Powerful’s crime ridden neighborhoods would respectively choose them as their own face and heel. With the Cody Rhodes vs. Anthony Ogogo feud, Cody was blindly portrayed as a nationalistic babyface giving no opportunity for the fans to naturally pick their own hero. This feud on the other hand has something for everyone to get behind and the creators truly respect this choice. As Eddie Kingston put it, “AEW cares about their fans” and this feud respects the fans’ intelligence to the point where it would tackle such a controversial topic in the name of pushing the art form.