Honestly: Omega vs PAC vs Cassidy was superior to Reigns vs Edge vs Bryan 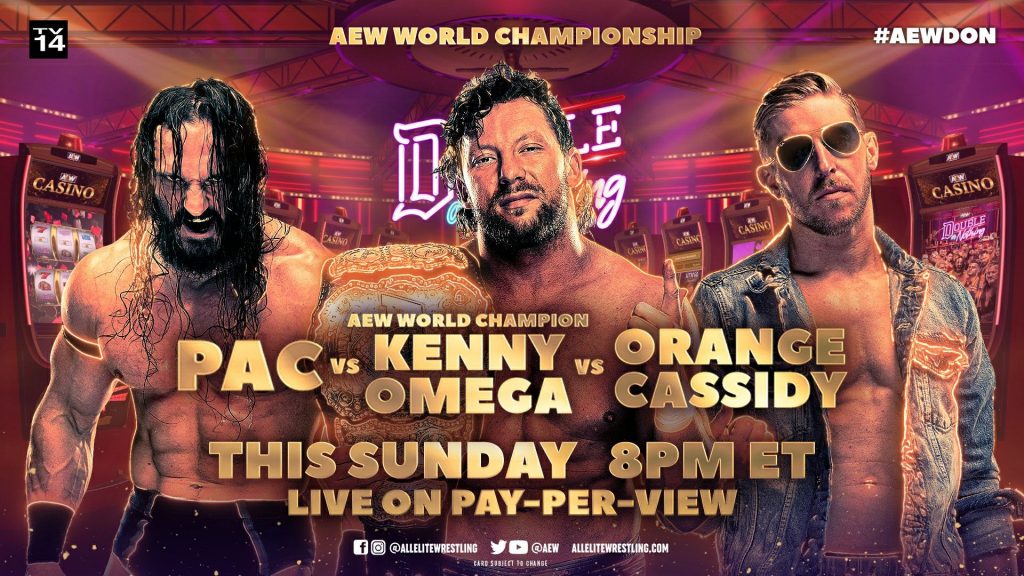 Both WWE, and AEW, delivered Triple Threat World Title matches at their biggest annual shows. At Wrestlemania we witnessed a classic between Edge, Roman Reigns, and Daniel Bryan. At Double or Nothing we witnessed another classic between PAC, Kenny Omega, and Orange Cassidy. It’s no secret that WWE is more story based, while AEW is more wrestling based. This would go on to be the biggest difference of these two matches.

The Wrestlemania Triple Threat was a storyline focused match. In no way is this a bad thing. The match had everyone buzzing for days and weeks to come. While the action was solid, the focal point of this match wasn’t the wrestling, it was the story telling. Several different, fantastic, elements, and narratives of this match caused for an amazing watch. We witnessed Daniel Bryan and Edge attempt to work together to stop the unstoppable. (Roman Reigns.) We witnessed Roman push his weight around with both men. We witnessed the odds become too much for the Champion, resulting in assistance. All of it made for an amazing 30+ minute main event. In fact, this match may have been clear cut match of the year. That is until the Double or Nothing Triple Threat match happened.

Taking nothing away from Reigns, Edge, and Bryan’s performance.. PAC, Omega, and Cassidy exposed the difference between WWE, and pretty much every other wrestling promotion. The match got off to a slightly sloppy start with a couple of miscommunications. However, this would not last for long as the chemistry between Omega, PAC, and Cassidy would quickly improve. It felt like all three men were involved throughout the whole thing, unlike traditional WWE Triple Threat template, where it’s more like a one on one, with the third man selling. We witnessed various moves that’ll put you at the edge of your seat, such as the Asai Moonsault from PAC, Avalanche German Suplex and Rise of The Terminator from Kenny Omega, and Suicide Dives and flipping Sentons from Cassidy. This was a wrestling focused match and was fast paced for the majority of it.

Determining which match is better, is completely subjective and all about what your taste is. Both matches absolutely delivered, and are certain to be ‘Match of the Year’ candidates. I’m more of a lover of wrestling rather than stories, therefore my favorite match was PAC vs Omega vs Cassidy. Which match do you prefer?