Honestly: Now Was The Perfect Time For CM Punk’s Return 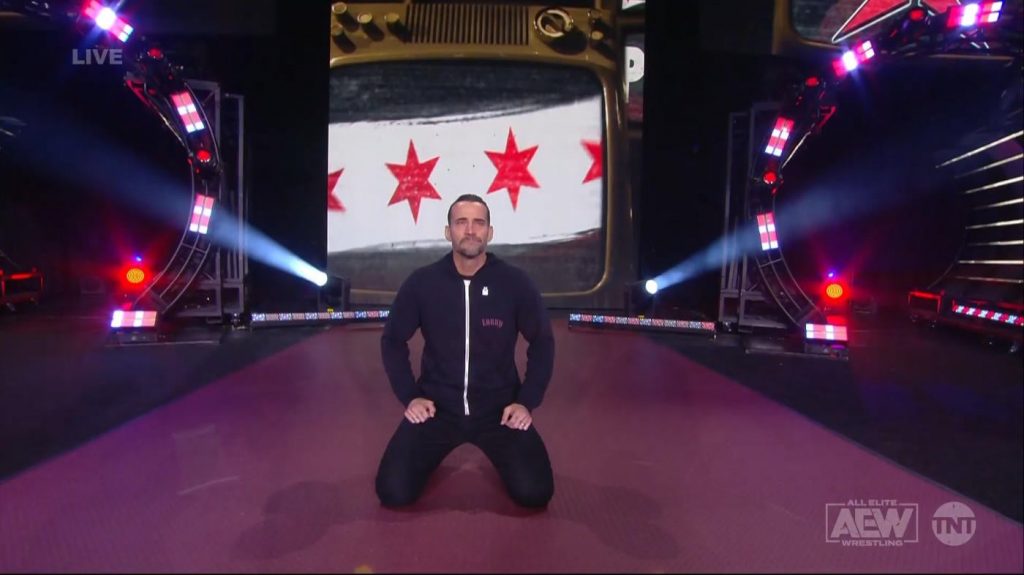 It is often asked of wrestling fans why do we watch professional wrestling by non-fans or why do you still watch wrestling by former fans and the answer is the same for both…the moments. There are moments in wrestling that you can just feel how special they are the instant that they happen. For all the bad “entertainment” that wrestling companies put out, it is moments like CM Punk’s return to the wrestling world after 7 plus years that makes putting up with the bad stuff worth it. It is often said you cannot appreciate the good stuff without experiencing the bad and any long time wrestling fan will tell you there has been plenty bad stuff produced from a variety of companies over the years so when a moment like Punk’s return happens it is that much more special. It was a moment that you will remember where you were when you saw it.

Now to be perfectly transparent and honest, when Punk walked out on WWE and essentially took his ball and went home. I like a lot of fans were hurt and angry at Punk for essentially abandoning the fans that supported him. Granted at the time the narrative that was out there that he left because he was told he was going to wrestle Triple H at that year’s Wrestlemania. So it seemed like an ego thing but the truth was a lot deeper than that and it changed my opinion and a lot of fans opinions when we heard Punk’s side that he was essentially burned out both mentally and physically and didn’t want to do it anymore.

As a society mental health awareness has become much more open today than it was even 7 years ago when Punk was burned out. Many people are much more willing to talk about their anxiety, stress and even depression than they would years ago where they would just keep it to themselves and suffer in silence. There are a lot of people that still suffer in silence and mentally it is terribly draining to fight that battle alone. Any person that has experienced these things whether it is brought on by a toxic environment, a bad teacher or a bad boss understands how unhappy and unhealthy it is to stay in that environment. Personally, I experienced the bad boss that made me want to quit and I was sick in my stomach every time I walked into the office. What bothers you more than anything it isn’t the actual work that is making it toxic it is the boss. Luckily, I didn’t have to quit to get out of the toxic environment but a lot of people aren’t so lucky to be transferred to a different section with a great boss. Punk loved professional wrestling and staying in the WWE environment wasn’t healthy for him physically or mentally and it was causing him to hate professional wrestling he had to get out. I fully understand and respect that so him leaving over his Wrestlemania plans was really just the final straw that broke. Yes ego played a role as he always wanted to main event a Wrestlemania and felt that he deserved it but it wasn’t the only factor that led to his departure from the business.

Since Punk’s departure, fans have been chanting his name hoping for a return to the business but as each year passed it seemed like we may never see a return. As Punk decided to try his hand at MMA in the UFC, which didn’t work out for him. The wrestling world began thinking CM Punk would make his return to the business at All In which was taking place in Chicago, his hometown and the rumors persisted as All In became the catalyst that would launch AEW. The rumors have constantly swirled that he was coming in but there were nothing to those rumors until recently. Reports started coming that CM Punk had finally signed with AEW. When AEW announced a live show in Chicago and literally used the tagline “The First Dance”, it became instantly the worst kept secret in the business and without a doubt the most anticipated MUST SEE show of the year. Even Punk fake denying in interview and teasing the return via social media at the same time and Darby Allin dropping the term “Best in the World”, which became synonymous with Punk during his WWE run; the fans knew it was definitely happening this time.

AEW Rampage kicked off exactly as it should with Punk’s long time entrance theme, “Cult of Personality” playing and the tron saying CM Punk. The song was a perfect choice especially since WWE doesn’t own the rights to it. The hometown crowd and one of the most passionate wrestling fans blew the roof off the united center and fans at home felt that moment. Watching Punk interact with the crowd, even watching from home you could tell it was real and genuine and it connected with the audience. The appeal of the CM Punk character has been for a very long time that he was one of the people and he was going against the corporate machine that didn’t want him in the top spot. That type of character and role works because an audience can relate to it. It is the Austin vs McMahon story except this time it is real. CM Punk never fit the WWE mold but the audience connected with him which forced the company’s hand in pushing him. He was never the chosen one in the company’s eyes but he most certainly was in the fans eyes.

CM Punk knows how to work a mic and an audience like very few ever could and certainly no one is his equal now that he is back. Often compared to Roddy Piper on the mic and it is certainly accurate. Punk used a callback to his infamous pipe bomb to tell a story. He never used WWE by name and made a point of saying he understands a lot of fans were hurt by him leaving years ago but asks that they understand he felt he had no choice as staying was killing him physically and mentally. He talked being forced to leave professional wrestling and swerving all of us by saying that was in 2005 when I left Ring of Honor. He said in 2021, I have returned to professional wrestling. The message was clear WWE isn’t professional wrestling in his eyes as they themselves refuse to use those words instead insisting on calling it sports entertainment.

Punk acknowledged that he heard the fans chants for him and wished he could have returned. Now in all honesty that was more a pandering to the crowd than a factual statement. Ego and principle and having enough money in the bank as he was very smart with his money he didn’t have to go begging WWE to bring him back and in truth if WWE would have stepped up and made peace with him, who knows he may have been open to it. In interviews in recent years he said he wasn’t angry anymore but he wasn’t going to ask them for a comeback. He also stated he is back for the fans and I truly believe that is partly true but that isn’t the whole story. Tony Khan definitely made a major play for Punk and WWE was too stubborn to admit their own mistakes and make peace with Punk, that made AEW the only player in trying to bring Punk back. If Punk was purely just coming back for the fans he could have easily popped up in ROH over the years but make no mistake Punk has a brilliant mind for this business and saw that AEW wasn’t going anywhere and had the funds to pay him and the major exposure to make an impactful return. With all due respect to every other promotion, there was no place that could have offered the exposure and impactful return other than WWE’s biggest rival since WCW.

Besides the money which I’m sure is huge and the TV exposure on the Turner network, AEW gives Punk the chance to prove WWE wrong and getting revenge is a hell of a motivator. Imagine a great employee trying to get a promotion that he justly deserved and was passed over multiple times for less qualified people and he patiently waited his time and ended up getting a bigger job elsewhere and although he hated to leave he was able to get his revenge on the people that screwed him over by proving them wrong and especially one individual that really had it out for him. He now out ranks him and will be making more money than him. Revenge is sometimes just as satisfying as the reward and I’m sure Punk is thinking the same thing.

I’ve always been a fan of CM Punk and I really look forward to what he will be doing in AEW. Punk smartly didn’t just make this segment about where he has been but started with picking his first fight by pointing to the rafters calling out AEW breakout star, Darby Allin for the All Out PPV in a few weeks also in Chicago and even mentioned the man standing next to Darby, the HOF legend, Sting. One thing is certain Punk said wrestling needs a kick in the nuts and it is clear he intends to be the one kicking them. His arrival completely crashed the Pro-Wrestling Tees store and AEW Shop as fans including myself all tried to order his new shirt. That was 10PM Friday night and as of the time of me writing this article at 1:45PM on Saturday it is still down. No one to the best of my knowledge has ever done that and if they did it certainly wasn’t this long. I’m sure when I’m able to order my shirt it will be a long delay on delivery because say whatever you want about Punk but the man is OVER with the audience and is one of the greatest of all time in the ring and on the mic. Jazwares already said they will be rushing out the first AEW CM Punk figure, which will be his first figure in almost 8 years.

Punk ended the moment perfectly by saying everyone in attendance will get a ice cream bar on him. Which is an infamous line when Punk was “negotiating” a new WWE contract on Raw years ago, he demanded they bring back the WWF ice cream bars. Fans are literally selling this ice cream bar or just the wrapper from it on eBay right now.

Wrestling fans shouldn’t be fighting amongst themselves over WWE vs AEW, they should be embracing all of this and just enjoy the ride because things are about to get fun again. Professional Wrestling has been on every night this week with multiple shows this weekend and no question it is a great time to be a fan.