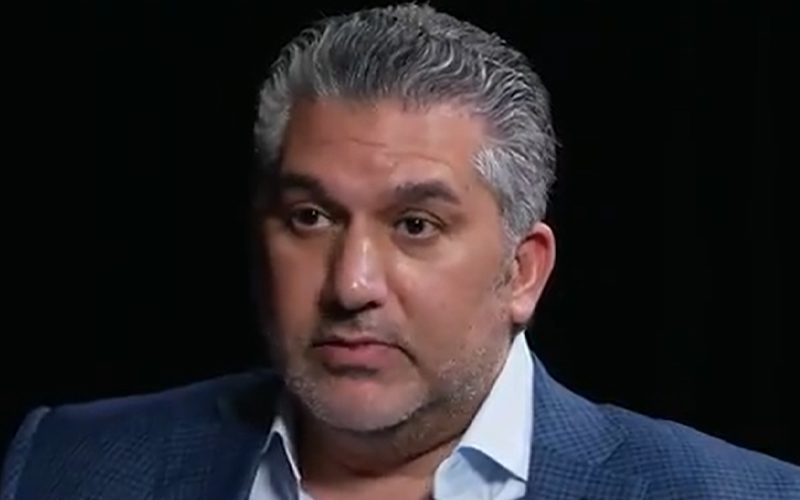 The WWE is a corporate money making machine, that pumps out profits for their shareholders. The WWE has held the head of table in what has been all but a monopoly for decades. The sports entertainment giant has used its substantial wealth to essentially control the industry. Often signing as many free agents as they could, simply to prevent them from going elsewhere. Often it was simply to squash them. Many have publicly criticized the WWE, including former employees, for their creative process, for the treatment of the wrestlers, as well as ignoring over talent for those that they deemed more worthy of a constant push.

This has led to a diminishing television product, with poorly written storylines. Fan favourites exiting the company regularly and over scripted, rinse and repeat wrestling. The heart and soul of the WWE feels gone. The stories used to come alive and the characters in them made the fans believe. We now get cookie cutter performances and passionless scripted promos. That has been the state of wrestling for quite some time, with a handful of exceptions.

WWE somehow managed to drop the ball with NXT. They have decided strip it down and re-branded. Nick Khan as President & Chief Revenue Officer of the WWE is working in very tumultuous times. In a recent interview Khan outlined his views on the operations of the WWE. This interview outlines in large part what is wrong with the WWE. In attempt to lower cost and maximize profit they are paving the way for AEW to steal the spotlight.

The wrestling industry is on a strong uptick, or at least it would seem that way. With obvious credit going to the emergence of AEW. Regardless of what people feel about the product in their first couple years. They did generate a renewed excitement in many wrestling fans. Based on recent events, that buzz is definitely on the rise.

With bigger named talent becoming available there comes a lot of chatter about all the potential. The moves, dream matches and character changes. Where are they going to go? What are they going to do when they get there? Will they be what I always hoped they could be?

The WWE whether they mean to or not have been a driving force in the new excitement around wrestling. But maybe not for the reasons they hoped. Even though Nick is on the record that all the releases have been a team effort. It still does not change the cost saving  releases have been feeding the uprising of their competition.

Sure, there have been plenty of independent stars leading the charge for AEW and many still are. However, the integration of the notable names and experienced professional wrestlers to their roster has been growing by the moment. Disgruntled former WWE stars are filling up the AEW roster.

Those signings have built a great deal of excitement for the upstart brand. We are now seeing it pay off in a big way. It started with ex WWE stars like Chris Jericho signing early. Love him or hate him, he is a Hall of Fame level talent. When he signed with AEW gave the brand a great deal of creditability. Others would follow, like Jon Moxley, who with Jericho make up two of the  first three world champions in AEW history. I addition FTR, arguable the best tag team in the industry joined, and Christian Cage to name a few more that had issue with WWE and became ALL Elite.

Ultimately, we would see more follow from WWE excited about a different work environment. They also have a renewed sense of hope and drive for the business. With better-known talent, that come with more experience to help the AEW locker room. We have seen the onscreen product improve and build. All of which lead to what was one of the greatest wrestling moments we have all seen in a long time.

Another former WWE wrestler who too felt slighted for several reasons. Including receiving his release on his wedding day. He even had decided that if the WWE was the place to wrestle then he wouldn’t be returning, ever!

That was until Tony Khan pulled of a mini miracle. We all finally witnessed the CM Punk chants be answered by the man himself on Rampage. Does that moment happen if so many on the AEW roster were not already familiar to Punk from there past place of employment? Those already there singing the praises of the new alternative in wrestling?

The momentum seems to be on the side of AEW. The rumors and buzz around the brand is only growing thanks to the WWE. Everyone is watching for the next WWE star to pop up somewhere. Matt Cardona even won the GCW title! So, anything is possible, right?

Bryan Danielson is the next star that could be making his AEW debut very soon. Everyone is talking about it and not an hour goes by without the latest update. Especially with Bryan’s links to WWE Brass. Not to mention, Adam Cole, who recently refused to resign and is linked to AEW. Bray Wyatt’s possible arrival will keep fans guessing. Does he come alone or with friends? We will see soon, we hope.

The question of where Braun may go. Or what about Murphy? Even the legend Rick Flair is a free agent. This based on his sudden release and possible signing elsewhere. These are just a few of the major stories making the online community come alive with great interest. Even if some, like Braun and Murphy end up somewhere like Impact. The debate alone still is creating attention for wrestling and AEW in the process.

In what is clearly an effort to stuff the WWE corporate pockets. Khan is in fact creating revenue and putting more butts in seats and more eyes on their “competition”. Even though publicly the WWE has all but dismissed AEW they cannot deny what the CM Punk moment meant. With more releases leading to other noteworthy debuts and more excitement for fans AEW looks poised to go toe to toe with the WWE.

Whether you like, love, or out right hate AEW, they are different. They are not the evil empire, and at least you will certainly be surprised. There may be some botches and misses but it feels more real, rawer, if you will. Also, let’s keep in mind, every expansion team goes through a few bumpy years before they can figure themselves out. So yes, we have witnessed growing pains but we are seeing growth and promise of a bright future now. The excitement is clear. The united center in Chicago showed everyone that there is still a huge appetite amongst wrestling fans for compelling wrestling involving compelling wrestlers. Based on the pending signings thanks to cost cutting Kahn there is plenty more excitement to come for sure.

Being benevolent and treating the backbone of your business less than they deserve and as expendable commodities is on the verge of coming back to haunt the WWE. AEW has been the land of the lost and forgotten. The place where you may actually see the stars be what you always thought they could be in WWE. Ask Malakai Black how it is going for him. Since leaving the WWE he was able to create his own narrative, use videos and his own social media to build up his character and now sits in main event spots doing good work that is actually building his persona and the sky is the limit.

Beyond the obvious hype and potential upgrade in the in-ring product the value of having so many guys who have had success in the biggest wrestling company in the world is priceless. Even former stars like Paul Wight, Mark Henry, Taz, even Cody and the names mentioned above bring hope. Hope, that as a collective they can develop the younger talent. They can help improve the booking and storylines. Which brings on the real possibility that AEW could take on the giant that is WWE.

As much as the WWE is reporting record profits and Nick Khan seems pretty content. He and the others making these decisions are contributing to the uprising against the themselves. The future of wrestling may be brighter than it has been in a long time and the challenge now lies with AEW to integrate the talent. Improve on their rookie missteps, and prove all the wrestlers that told us if given the chance they could do better, right.

The question becomes will the WWE continue to discard their talent with little care? Will they turn around and join the enemy? Do they care? Does it matter at this point? Only time will tell but one thing is for sure, it is a great time to be a wrestling fan.

What do you think? Let us know?